Louisville definitely doesn’t feel like the rest of Kentucky. It’s a city that is marked by lush parks, huge trees and a culture that is well… weird. Hence the Keep Louisville Weird campaigns that have taken over select neighborhoods and become a mantra of sorts.  Here are five of the best neighborhoods in Louisville to keep you “weird” or anything else that fits your definition of home.

As you prep your move to Louisville, or are just going to scope it out, make sure and take a stroll through each of these neighborhoods.

In fact, make a dinner out of it. Per capita Louisville has more restaurants than any other city. So go out on the town and stop in each of these neighborhoods and their watering holes for a bite or a beverage while you are at it.

Remember that Keep Louisville weird campaign that we talked about a minute ago? The Highlands neighborhood in Louisville was the birthplace and still is the nucleus of the phrase. And it’s definitely true here. Bardstown Road is the main stretch that runs through this area. All along this strip you can find dozens of bars, restaurants, a handful of music/record shops and more.

For a date night try Seviche or Jack Fry’s. Both have excellent menus. If you want to try something a little more international stop by Ramsi’s Cafe On the World. The menu is about 4 pages long and covers everything you could want, from Indian curries to a killer falafel. This is also a great spot to go if you are vegan or vegetarian. Even if you eat meat, try some of the veggie dishes here. They are mouth watering. Also in the vegan dinning bag is Morrell’s Cafe. They turn out a plant-based version of an Arby’s roast beef and cheddar that tastes like the drive-through favorite. Stop by Oishii Sushi for a great spread of rolls or sashimi.

The bar scene is part of what makes the Highlands such a fun night life destination. If beer is your drink of choice, go to Holy Grail without question. It’s essentially an international beer bar and has an excellent outside space in the warmer months. Any bar in the area will likely have a proper bourbon selection, as it’s the flagship drink of Louisville. (Tip: if you want to sound like a local order your bourbon neat or on the rocks.)

The Highlands are not just for going out and dinning. The area is also a great space to live. There are parks scattered all over the neighborhood. The parks are actually what some call the heart and soul of the Highlands. The green spaces come alive in the summer time and are very dog friendly.

Please & Thank You, Nulu as featured in Avenue. pic.twitter.com/tvlvxhJt8J

NuLu fashioned it’s name off of SoHo in New York City. The area is remarkably well known for it’s art galleries and dinning. The entire neighborhood is littered with art, from performance to visual art spaces. This is your best bet to go for First Friday and enjoy the cultural hub that centers on this near downtown area. Louisville as a city has dozens of  independent art projects.

Because you are close to downtown in NuLu, it makes for a quick trip from nearly anywhere in the city. (By the way, it doesn’t take more than about 20 to 30 minutes to get anywhere you want to go in Louisville.) If it’s nice out, walk along the old railroad bridge downtown that was converted into a walking and biking space before heading to NuLu.

In terms of where to eat and drink, NuLu has great options. For a fun game of pingpong outside while you drink, go to Garage Bar. If a beer and beautiful tap room are more your speed, make sure and go to Against the Grain downtown. They have an amazing smoke house menu to match your malted libation of choice. In NuLu proper, find MilkWood for an asian dish with a southern comfort take.

The Crescent Hill Reservoir in Louisville, Kentucky, by @ForLOVEofPICS pic.twitter.com/HPmSnTP2cT

Crescent Hill neighborhood has a lot to offer. This area has smaller homes and younger neighbors that make the space an easy move. Don’t let the accessibility fool you, there is plenty of upscale here as well.

The best bet for a perfect lunch is Blue Dog Bakery and Cafe. Make sure and try their charcuterie boards and pair it with the artisan bread selection. Porcini Restaurant has the high end Italian dinning covered for this area. If something more low key though is on your agenda, go to the famous Crescent Hill Craft House. The space has exposed brick, beer and bourbon all wrapped in the comfort of a gastropub.

Something that Louisville residents are very proud of are the old Victorian style homes scattered throughout the city. For a beautiful stretch of them, walk through Old Louisville. According to the editorial staff at LEO, Louisville’s alternative weekly, the area actually has the largest remaining installation of Victorian homes in the entire country. The architecture alone makes the trip worth it.

If you are looking to move to this area, your neighbors will be a mix of families and college kids. The diversity makes this area feel right at home. Also note that if the Victorian homes are out of your price range, go a few blocks in any direction from Old Louisville and the housing prices drop down a bit but still allow access to all that the area has to offer.

For dinning out in this area make sure and get your Mexican food fix from Santa Fe Grill, El Molcajete, and Coconut Beach Tacos & Cerveza. There are several bars and fine dinning options as well.

Butchertown may be the area of Louisville that is currently undergoing the most revitalization. There are the classic Louisville Victorian homes and old growth trees to match lining nearly any street. If a smaller space is what you want, there are plenty of condos and smaller freestanding houses here as well. The neighborhood is close to NuLu, so there is a booming cultural scene that is walking distance away.

The neighborhood gets it’s name from the historical meat production plants that have been there for decades. There is still at least one operating. The historical side of this neighborhood makes for great dinning at places like Butchertown Grocery. The 19th century building has an excellent menu and craft cocktails.

Emily is a freelancer writer based in the Midwest.
Twitter 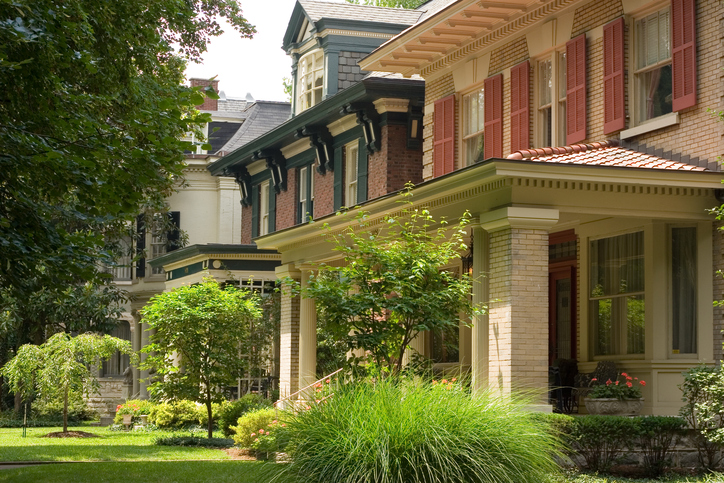 The 5 Best Neighborhoods in Louisville

Louisville definitely doesn’t feel like the rest of Kentucky. It’s a city that is marked by lush parks, huge trees and a culture that is well… weird. Hence the Keep Louisville Weird campaigns that have…

END_OF_DOCUMENT_TOKEN_TO_BE_REPLACED 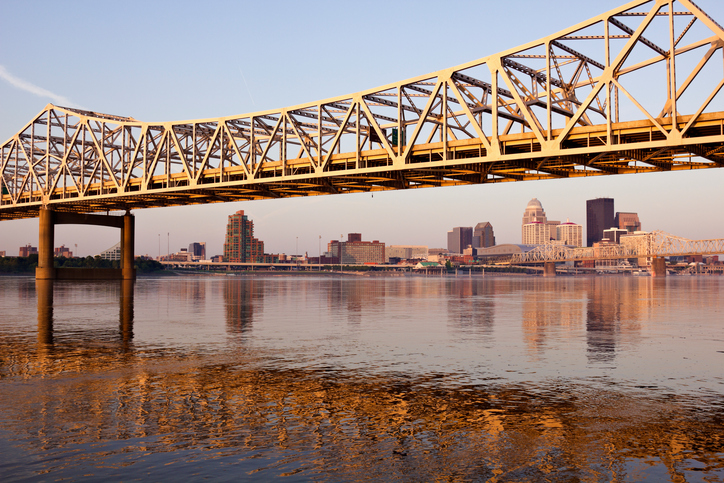 3 Reasons Why You Might Think Twice About Moving to Louisville

Louisville is no doubt a rapidly growing city, and yes it really is slowly but surely getting better and better. From more incentives to spend time outside to the cultural boom of Bardstown Road and…

END_OF_DOCUMENT_TOKEN_TO_BE_REPLACED 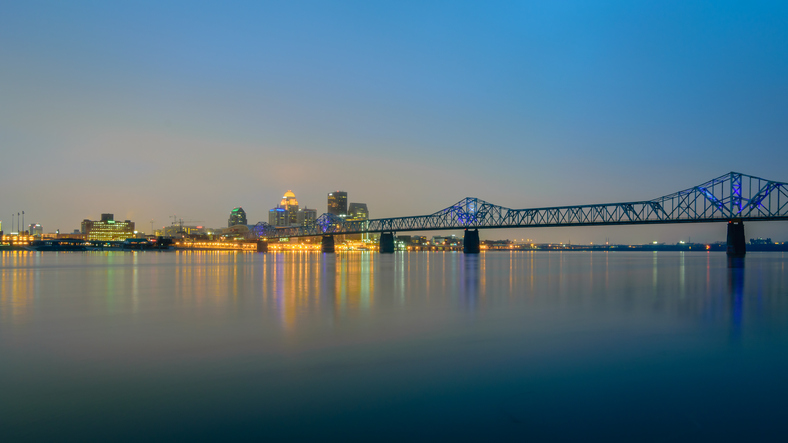 20 Things You Need to Know Before Moving to Louisville

Louisville, Kentucky might be your new love affair. She is a booming town with a touch of southern charm. While the city itself is rapidly growing and changing, the heart and soul will always stay…

END_OF_DOCUMENT_TOKEN_TO_BE_REPLACED 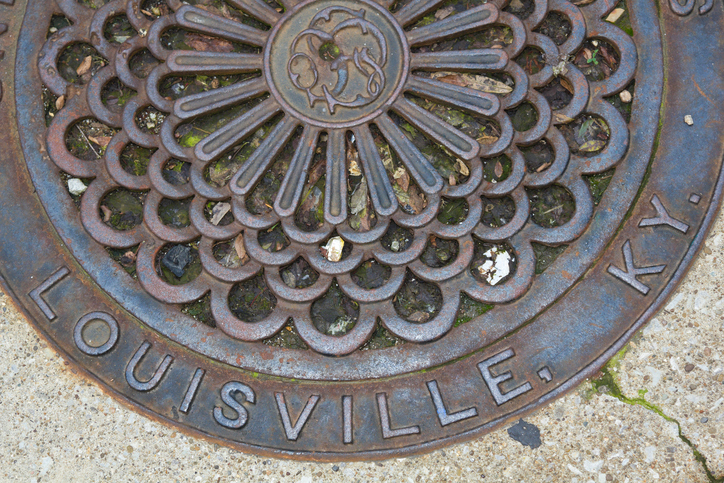 Even though Louisville sits right on the Indiana Kentucky border, the city goes above and beyond in establishing its own identity. There are plenty of things that make Louisville tick, from the electric pulse that…

END_OF_DOCUMENT_TOKEN_TO_BE_REPLACED

How Dog Friendly is Louisville, Really?

There is no doubt about it that Louisville is a city that is built for dogs. There are dozens and dozens of beautiful parks throughout the city that are perfect for you and your four-legged…

END_OF_DOCUMENT_TOKEN_TO_BE_REPLACED

Where Are All the New Residents of Louisville Moving From?

Louisville originally grew because of its central location, making it a perfect hub for trade. And that hasn’t changed. In 2016, the airport handled more than 5 billion—with a b—pounds of cargo, and UPS uses…