SpareFoot Moving Guides » Moving to Phoenix, AZ » The 7 Most Popular Types of Homes You Will Find in Phoenix
Skip to content

Those unfamiliar with the housing options in Phoenix may assume the layout consists of rows and rows of cookie-cutter developments in underwhelming pastel or pale shades, leaving little room for creativity. But boy would that be wrong.

From modern and sleek Downtown condos to historic bungalows found in art districts like Roosevelt, the variety of homes is as assorted as the rich diversity seen in its neighborhoods.

The styles don’t stop there: Colonial Revival, Mission Revival, Territorial, Tuscan, Tudor Revival, Monterrey Revival — they all can be found throughout the Valley. Though basements are usually a rarity, over 42 percent of residents have pools, undoubtedly for heat relief.

With such a wide array of home styles and price ranges that can accommodate most budgets, the Phoenix market is ideal for homebuyers looking to fit their specific style. Here is a breakdown of the most popular styles found around the city. 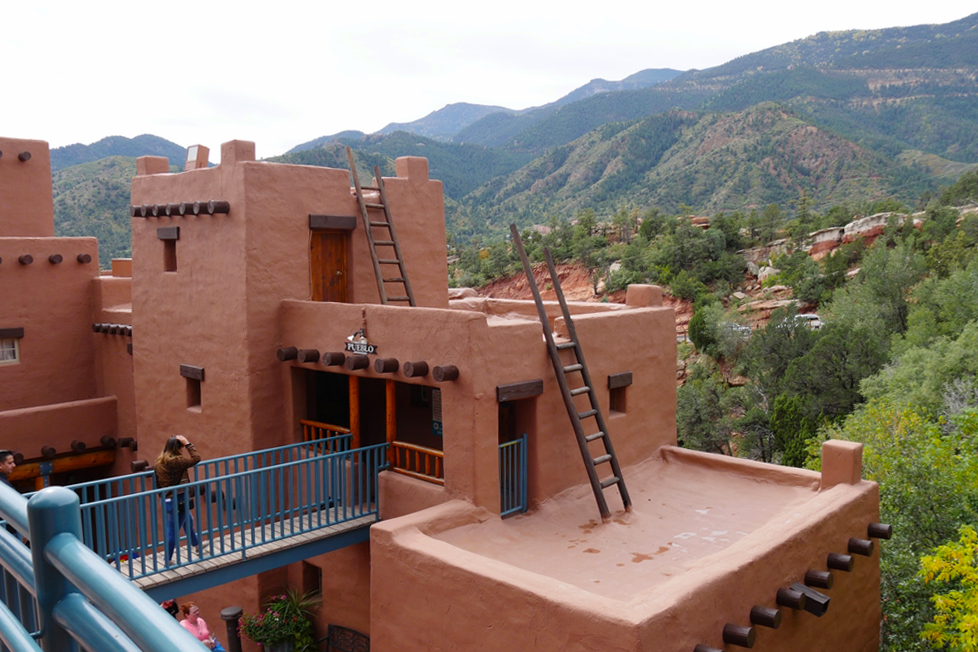 Drawing inspiration from the pueblos and Spanish missions in New Mexico, this style became popular at the turn of the 20th century. Flat roofs complement thick walls of adobe or stucco, and sometimes concrete is used with rounded exteriors. Heavy doors and exposed wooden beams throughout the interior and often on the back patio are also common. Typically designed around a courtyard, these structures encourage indoor-outdoor living spaces, much like their predecessors.

The preeminent homes in this style, the pueblo home, can be found in The Coronado Historic District and the Arcadia Historic neighborhood. Often with historic neighborhoods, these homes aren’t ideal for renovators as many esthetic alterations require a Certificate of Appropriateness from the Planning Commission in order to keep the qualities and characteristics of a historically designated area. The style is also used in plenty of new communities as well. 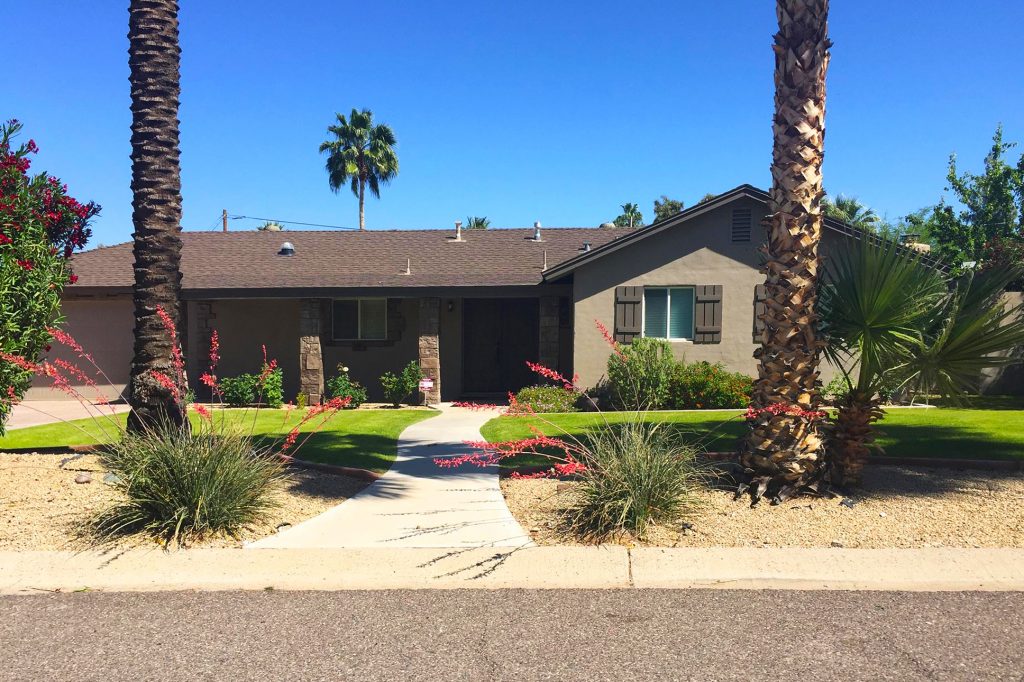 Known for their open L- or U-shaped layout, ranch-style homes- often called American Ranch or California Ranch- take a modern approach to the ranches of the American Western period, creating an informal and relaxed lifestyle. First built in the 1920s, these designs broadened to include sunken living rooms, various roof styles, and extensive landscaping during the 1960s. Today, exteriors can be found in brick, wood, stucco, and glass, but usually incorporate large overhanging eaves and oversized windows dressed with shutters.

The neighborhood of Willo is a melting pot of various homestyle but hosts an impressive collection of Ranch homes. As part of a historic neighborhood, they are preserved as first designed. For newer communities offering ranch-style homes, Rancho Paloma and Mesa’s Dahlia Pointe are good examples.

Bungalows, or craftsman homes, began as a nod to the “Arts and Crafts Movement” of the 19th century. Tired of the formality of the Victorian home, the style was created to represent the “common man” with simple designs and hand-crafted artistry. Popular until the end of WWII the style has remained timeless with natural elements of wood and stone, built-in cabinets, and a center fireplace in the open floor plan.

The Roosevelt neighborhood, commonly known as the “Arts District” for its galleries and commitment to artists, has a wide collection of these residences. 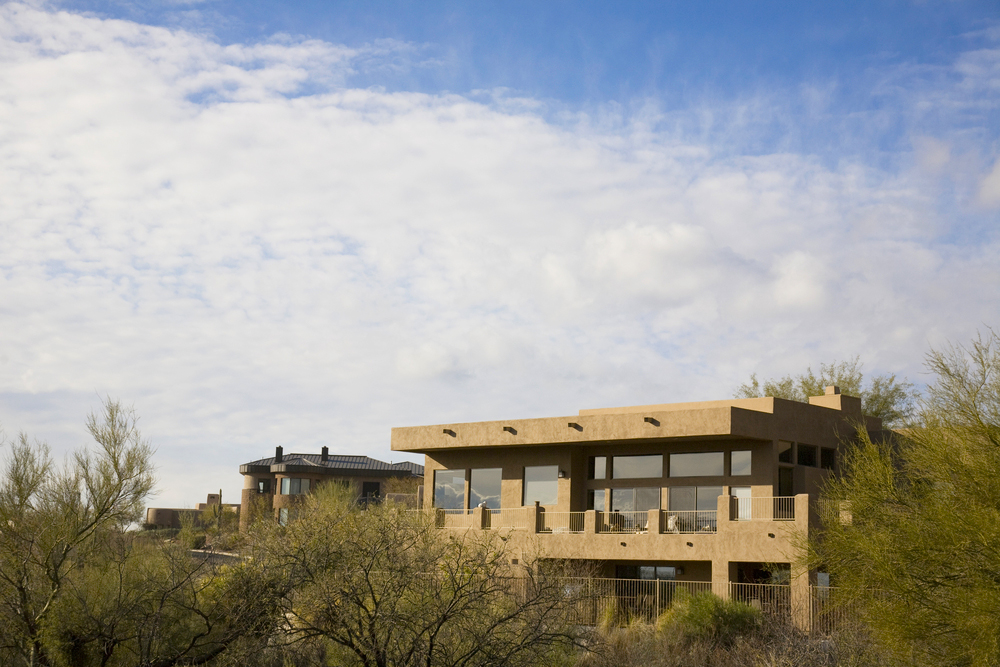 This 21st-century style of home is easily recognized by its highly conceptual designs and clean lines. These linear structures often feature advanced technology, specialized building materials, and a specific aesthetic. Though famous for his prairie style homes, Frank Lloyd Wright was a contemporary architect and at the heart of inspiration for many modernist homes around Phoenix, with over a dozen of his homes throughout the Valley.

Marlen Grove and Marion Estates offer plenty of interesting contemporary homes as does Paradise Gardens. Contemporary styles can often also be seen in the array of Midtown condominiums like Regency House and Optima Biltmore in Camelback East Village.

Another prominent Phoenix home style, Mediterranean Revival, is reflected in many of the newer master-planned communities throughout the Valley. Influenced by Spanish Colonial, Italian Renaissance, and Beaux-Arts trends, this style originated in seaside villas and traveled to the coasts of California and Florida in the 1920s. Today the same style is recognized for obvious features like red-tiled roofs, arched or circular windows, and wrought-iron balconies with window grilles. Considered romantic, elegant, and exotic, the original style is favored many neighborhoods while new developments continue to honor the design.

Looking for original Mediterranean homes in Phoenix is possible in a handful of historic neighborhoods such as Coronado or Mayfair, which is part of the La Hacienda Historic District. Master-planned communities Vistancia, Estrella Mountain Ranch, and Val Vista Lakes are all good examples of the modernized version of the style.

Not to be confused with Mediterranean Revival, this style saw its own resurgence between 1890 and 1950. Inspired by the missions of California, these residences are often marked by an enclosed courtyard, clay-tiled roofs with wide eaves, thick arches, and adobe brick walls. ‘Baroque’ pitches can be seen at various points on the roof and exterior arches are also dominant in the style.

With original homes widely found in older parts of Phoenix and North Scottsdale, newer communities have incorporated the architecture into the exterior designs of single- and two-story homes. Biltmore Shadows and Blossom Hills are two examples of the style typically used by major builder CalAtlantic.

Condo-mania has been revitalized in Phoenix by many homebuyers looking for the convenience of low maintenance living with modern amenities. Condos often provide private, community bonuses and often are centrally located, which means it is easy to walk to nearby shopping, dining, and entertainment spaces. Offered in a variety of styles, they can be found in high-rises, lofts, luxury towers, and ground-level residences.

One Lexington offers modern loft-style condo while Orpheum Lofts offer a more industrial feel in the heart of downtown.