Thinking about moving to San Diego?

You’re not the only one. Over 3.2 million people call San Diego home. The city maintains some of the most beautiful beaches in the world. L. Frank Baum was inspired by Coronado’s Hotel Del when creating Emerald City. And, San Diego is known for creating wildly popular food staples like the California burrito and carne asada fries.

END_OF_DOCUMENT_TOKEN_TO_BE_REPLACED

San Diego’s neighborhoods have a culture as rich as its population. From picturesque, beach homes in La Jolla to modern, downtown condos in East Village, you’ll find your place in the city and a home perfect for you. Not sure where to start? Read our guide to top San Diego neighborhoods, then consult our list of best San Diego realtors to help make your search easy.

SoCal residents take a slightly different naming convention for their roadways by adding “the” in front of any main freeway. For example, the 5, the 805 and the 15 are all popular routes that interweave you between different areas of the city all the way down to the U.S./Mexico border.

Due to the city’s port of entries, not to mention commutes in and out of downtown, as well as North County, traffic can back up during peak hours.

Beat the commute: Many San Diegans participate in ridesharing, public transportation or bike to work whenever they can. The Coaster, San Diego Trolley (MTS), and DecoBike San Diego all provide alternatives for residents who wish to ride to work in a different way.

It’s called America’s Finest City for a reason. With the majority of the calendar year being filled with 70-degree temperatures and sunny skies, San Diego is a place where people like to vacation year-round. The temperatures cool during the winter months, but nowhere near the freezing thermostats and precipitation the rest of the country endures.

San Diego is a military city and much of its economy is made up of military- and defense-related activity, in addition to tourism, medical, and manufacturing jobs, all which are listed as top industries. 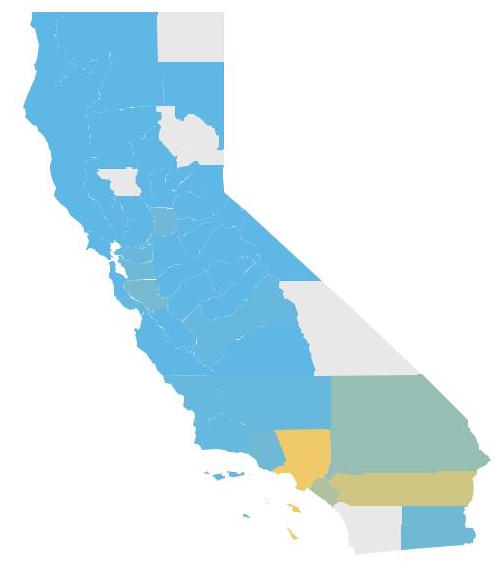 Where New Residents of San Diego Are Moving From

Between the job opportunities, beautiful parks, idyllic weather and sunshine–San Diego has a lot to offer. The metro area population grew 1.3 percent from 2013 to 2014, according to the latest census figures. That means…

END_OF_DOCUMENT_TOKEN_TO_BE_REPLACED

Be sure to add these songs about San Diego to your playlist for your future burrito-eating beach days: 1. “The Road to Escondido” by Eric Clapton 2. “Balboa Park” by Bruce Springsteen 3. “Pretty Girl…

END_OF_DOCUMENT_TOKEN_TO_BE_REPLACED 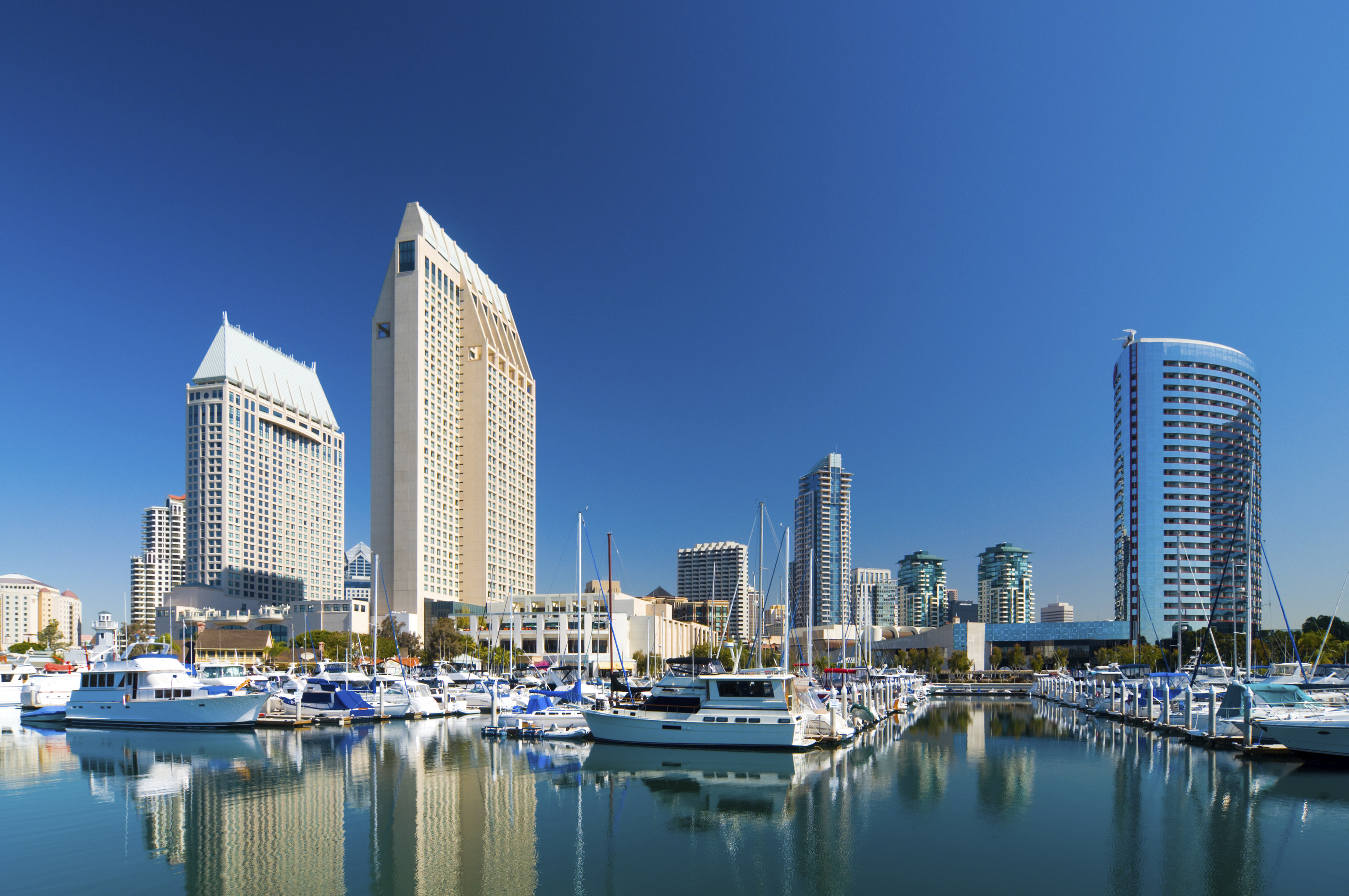 Why You Should Think Twice Before Moving to San Diego

END_OF_DOCUMENT_TOKEN_TO_BE_REPLACED 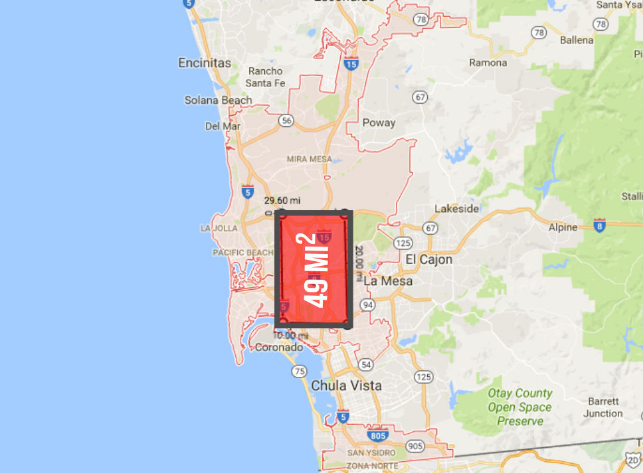 END_OF_DOCUMENT_TOKEN_TO_BE_REPLACED

Where New Residents of San Diego Are Moving From

Between the job opportunities, beautiful parks, idyllic weather and sunshine–San Diego has a lot to offer. The metro area population grew 1.3 percent from 2013 to 2014, according to the latest census figures. That means…

END_OF_DOCUMENT_TOKEN_TO_BE_REPLACED 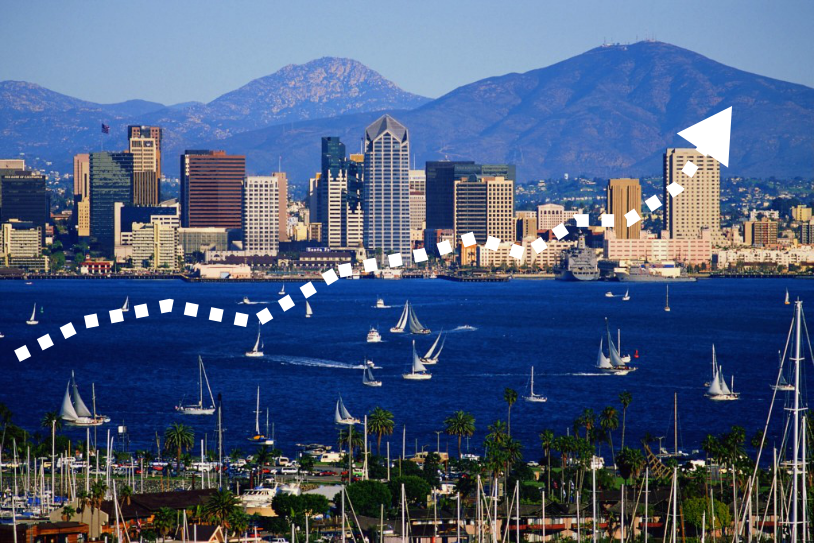 It’s not just you. San Diego is getting more crowded. The city experienced the 8th largest amount of growth since the year 2000 among 85 metros in the Western United States. During that time the…

END_OF_DOCUMENT_TOKEN_TO_BE_REPLACED 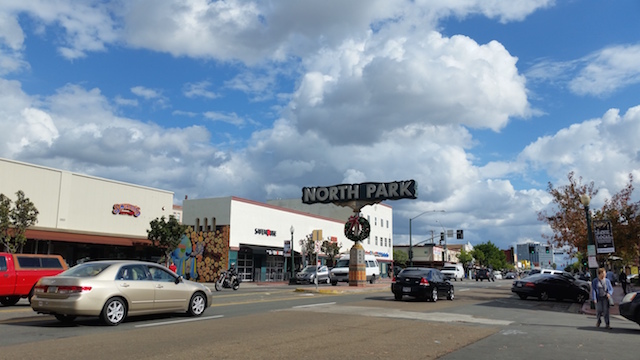 Don’t let the million-plus population fool you; San Diego is a city of neighborhoods. Yes, it’s the the eighth largest city in the U.S., but it holds a genuine community vibe. The best way to…

END_OF_DOCUMENT_TOKEN_TO_BE_REPLACED

San Diego’s Balboa Park alone is home to 17 museums. Every February, residents are charged save half on admission to over 40 museums to celebrate Museum Month.

No need to drive to Disneyland to keep the kids entertained. San Diego has plenty for the littles (and young at heart) to enjoy.

San Diego has more than 340 parks to choose from, in addition to the countless beaches and trails spanning the county. The moderate climate is a perfect setting for lush greenery, exotic plants and fruit trees to be in-bloom throughout the year.

Restaurants pop up in San Diego so often, it’s tough to keep track of all the new openings. Top chefs and award-winning culinary talent take pride in their food and choose the city as a place to expand their careers.

Old Town has some of the best, authentic Mexican food in the city complete with ladies making fresh, homemade tortillas in the windows to entice people passing by.

Little Italy is a historical area rich in culture and known for its mouthwatering offerings of pasta, pizza, and pastries.

San Diego also has access to some of the freshest seafood in the world, which chefs take advantage of with daily catch specials and high-grade sushi menus. The city thrives on local produce and food sustainability with area gardens and farms contributing to restaurant menus.

San Diego’s nightlife focuses heavily on the music scene. From downtown nightclubs to live music showcases to piano bars and dives, the city offers an upbeat tempo for everyone.

Comedy clubs, outdoor movie venues, speakeasies and late-night dining spots are also a few of the places residents might find themselves on a Saturday night. Most of the nightlife occurs downtown in the city’s famous Gaslamp Quarter or in the uptown neighborhoods of North Park, South Park, and Normal Heights.

San Diegans are crazy about theater and why wouldn’t they be with the historical theater options (both indoors and outdoors) available. Whether you fancy a hit Broadway play at the San Diego Civic Center, wish to enjoy local talent at La Jolla Playhouse, The Old Globe Theatre in Balboa Park or seek a more intimate atmosphere at Coronado Playhouse, the city’s cultural buzz is alive and well.

San Diego is known for popular, annual events such as Comic-Con International, which takes place every July. The San Diego Film Festival, San Diego Fashion Week, and the Del Mar Races. KABOO Festival also made its debut in 2015 as the next, great music and arts festival.

San Diego is known for its laid-back, welcoming vibe. People from all over the country migrate to the West Coast to call the city home making it that much easier for strangers to quickly turn into friends.

Here are some stats from the City of San Diego website:

Moving can be stressful, especially if your new abode happens to also be in a brand new city. Don’t you wish you could wave a magic wand that would immediately organize your life and alleviate…

END_OF_DOCUMENT_TOKEN_TO_BE_REPLACED

House hunting in San Diego can be competitive. After all, who wouldn’t want to work and play in America’s Finest City? With an estimated population of 1.3 million, San Diego is constantly expanding with new…

END_OF_DOCUMENT_TOKEN_TO_BE_REPLACED

Plan Your Move to San Diego With SpareFoot

Planning a move to San Diego? SpareFoot can help. Use SpareFoot to find special deals and discounts on San Diego Moving Truck Rentals. If you need a storage unit as part of your move, SpareFoot makes it easy to find storage units in San Diego too.