San Jose is one of the most pleasurable places to live. It’s extremely healthy, intelligent and is at the center of the tech world. At least for humans.

But what about their four-legged friends? I guess you could say it’s a ruff time being a pet in Silicon Valley (I’ll be here all night). That raises the question: How pet-friendly is San Jose?

As fellow dog owners, my girlfriend and I have our ups and downs with little Peanut (yes, that’s his name) when we trot him out to “hooman world”. But just like Peanut’s ears, living in SJ does have its perks!

San Jose might be a tough sell for pets, but it’s not as bad as it sounds. Here are all the things you need to know if you and your pet want to start life anew in San Jose.

The only true designated dog park (as in a park with the word “dog” in it) in San Jose is Hart’s Dog Park in downtown. I’ll be honest: I was really turned off about putting our dog on artificial turf surrounded by tall buildings. Sure, Peanut got to make new friends but that’s pretty much all that’s great about this park. Owners often neglect to pick up after their pets, and this place is tiny.

But there is hope! There’s Alum Rock Park, one of our largest and oldest parks. There’s plenty of green for your pet to do their duty, plus lots of playthings for humans too. At Penitencia Creek and Park there’s a walking trail and tons of free parking. It’s a short drive from suburban San Jose too. If you enjoy peace and quiet, then there’s a hidden gem called Doerr Park tucked away on the Los Altos side of the city.

One of the best parts of being an SJSU student is that there’s always pet therapy somewhere. Every week before finals, Corgi owners on Facebook organize Corgi Flashmob, where dozens of corgis are loosed upon a campus lawn. Selfies, pets and hugs are encouraged with these little creatures.

And of course, there’s Bark in the Park in Naglee Park, which touts itself as the largest outdoor dog festival in the US. Held on a Saturday in September, you can bring your little one here and enjoy free food, live music and dog demonstrations. Pros teach you about different dog breeds and how to care for pets. You can get shots and microchipping done too. If you’re looking for a Coachella for dogs, then this is as close as it gets.

Short answer? There’s not much. Longer(ish) answer? Places like Wag Hotels in Santa Clara and Pawin’ Around Dog Day Care in downtown are your best bets. Other than that, you’re better off leaving your pet at home or with a friend. What a bummer. But hey, at least your pet will have plenty to do outdoors in one of the sunniest cities in America! 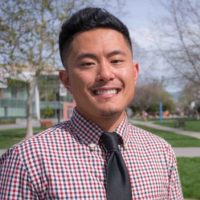