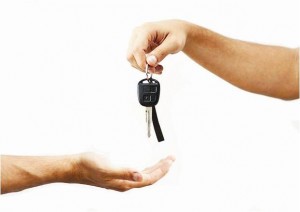 If you’re planning to move large items like furniture and collectible art, whether to a new home or a storage space, you’ll likely need to use a pickup truck, van or full-size truck. If you don’t want to hire professional movers or rent a moving truck, you might wind up borrowing a pickup truck from a relative or friend.

But before you ask to borrow the keys, it’s worth thinking about what might happen if you were involved in an accident that damaged the borrowed truck.

Would you be covered by the truck owner’s auto insurance policy, or would you legally be on the hook for the tab? The answer hinges on the answers to several other questions

If your friend or relative has given you permission to borrow the truck, you’re probably going to be covered under the owner’s policy in case of an accident.

However, if you live in the same household or you’re borrowing the truck for a longer period, you may not be covered. “In cases like this, you most likely would be considered a regular user, which means you should be added to your friend’s or relative’s insurance policy if you use his or her vehicle in this manner,” said Loretta Worters, a spokeswoman for the Insurance Information Institute.

However, it’s worth examining the policy first. Some policies—usually those for high-risk drivers—insure only the person listed on a policy and no one else, said Oscar Marroquin, an insurance counselor in St. Louis.

If you aren’t covered by a friend’s or relative’s policy, then you’d probably end up filing an accident claim with your own insurance company. Your insurer will settle the claim, as long as the truck was being driven with the owner’s permission, Marroquin said.

Does the Accident Fall Outside Your Friend’s Coverage Limits?

In some cases, even if you are a covered driver, either you or your insurance company may be responsible for additional fees.

Vehicle owners aren’t obligated to buy collision coverage, which covers the costs of repairing or replacing a vehicle after an accident. If your friend or relative does not have this coverage, you can use your own policy to pay these costs—but only if you carry collision coverage.

Additionally, “all policies have limits to how much they will pay,” Marroquin said. “You may use your own policy to pay for people you injure or property damage you cause if the coverage on the car you are driving is insufficient.”

Who Pays the Deductible and Other Costs that Aren’t Covered?

If you are a “permitted driver” under a friend’s or relative’s insurance policy, the policy still isn’t likely to cover all of the costs related to accident damage. In most cases, your friend or relative will have a deductible that must be paid out of pocket before the insurance company will kick in money; typically, the amount is $500 or $1,000.

Also, if neither you nor the vehicle owner has collision coverage, any repair costs must be paid out of pocket.

In these circumstances, you aren’t legally obligated to pay the deductible or the repair costs unless that’s stated in writing. However, if you refuse to do so, that may be the end of your relationship.

“A responsible borrower would reasonably reimburse the owner of the car for that loss,” said Joe Knopp, a broker with Heartland Insurance in Hamburg, MI. “It’s the right thing to do.”

Borrowing a truck may not be as simple as it seems. Before getting behind the wheel, make sure you and the vehicle owner understand what’s covered and what’s not covered by insurance. To be safe, the vehicle owner may want to add you to his insurance policy as an “occasional driver,” which could raise the policy rates; you could offer to pay the additional share.

The vehicle owner also might consider asking you to sign a contract that limits his or her liability in case of a crash. This may require you (or your insurer) to pay for accident damage.

Although paperwork can make the moving process more complex, it’s a good idea to think about worst-case scenarios before they happen—for the sake of maintaining your relationship once moving day has passed.