Tenants nationwide use their storage units for the intended purpose: to store their excess belongings.

But the rules breakers that ignore their lease agreements and operate businesses from their units provide the best stories in the industry.

About 1 out of 5 storage customers use their unit for work or as a practice space, according to a nationwide survey recently conducted by SpareFoot.

Many risk being evicted, and perhaps arrest and prosecution–especially the most egregious violators of local zoning codes. 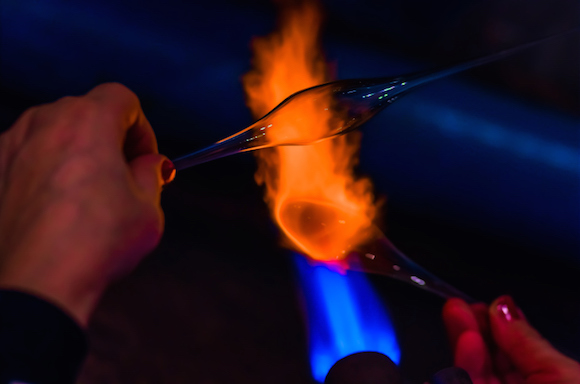 One self-storage facility on Florida’s east coast had weak management. Tenants transformed it into somewhat of an artists’ colony.

“The manager wasn’t there and the owner wasn’t attentive. There was arc welding and glass blowing. There were all sorts of activities that would require better ventilation,” said Jeffrey Greenberger, a partner in the Cincinnati law firm of Katz Greenberger and Norton LLP. He specializes in self-storage law.

“The management office bathroom broke and the owner never fixed it. These folks got together and built eight of their own septic facilities into the facility, under the units,” Greenberger said.

“If you don’t watch, you could end up with unlicensed septic systems, dug by the tenants, in plain daylight, for their own needs,” Greenberger said. “It’s not really zoned or designed for people to spend a lot of time there.”

More Tales From Behind the Rollup Door

Greenberger has a lot more where that came from in his files:

A man who lacked a medical license operated an OB/GYN clinic from a Dallas storage unit.

“Low prices, no questions about insurance were asked,” Greenberger said, explaining how he got away with it.

Then there are the fire starters.

“The most common fires are people who use self-storage facilities for working on cars,” Greenberger said, “They’re a good mechanic but can’t handle a day job at an auto repair company. They work on exhaust systems in these unventilated, not-fire-rated spots.”

One renter doing arc welding set a unit on fire. “An irreplaceable collection of antique surfboards was destroyed about four units away,” he said.

“There are firewalls in self-storage facilities, but not between every unit,” Greenberger said. “Perhaps every 20 units, whatever the code requires. A fire in another unit would take you out rather quickly.”

The bottom line, Greenberger said, is that self-storage units are not suitable for most business activities.

“For the most part, these units aren’t ventilated, not designed for people to be in for long periods of time. There’s often no electricity in the unit. If you’re injured or get stuck in the unit, there’s a very good chance that no one will know,” Greenberger said. 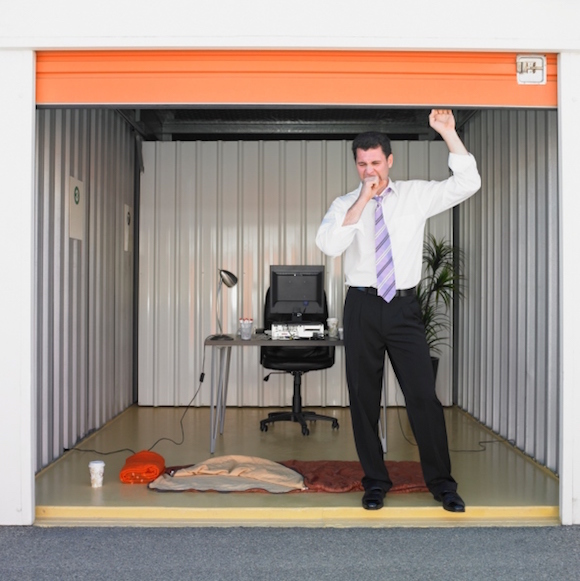 Storage facilities must adhere to municipal codes, which disallow operating a business.

“You may get away with it for awhile, but the first time there’s a police call to break up a fight between two workers fighting at the offices of ABC Co. … the police will report it to the code department,” he said.

To be clear: Greenberger isn’t referring to renters who store products or inventory -– particularly for the holiday shopping season.

“Lots of plumbers store their copper and toilets. Lots of decorators receive custom-made furniture. That’s a fine business use for a self-storage facility,” Greenberger said.

Greenberger said a line is crossed when someone is working in a unit for a prolonged amount of time.

“If you set up an office in the back, and know a person will be sitting there multiple hours per day, you’re waiting for a fatality,” Greenberger said.

Carlos Diaz, vice president and general manager of Value Store IT Management Inc. of Miami Lakes, FL, is clear that no businesses are allowed.

“It’s a self-storage unit, not meant to be used as an operating business,” he said. “It’s written in the majority of leases in the state of Florida and I believe in every other state.”

His company has 8,500 units spread among 13 facilities in four states.

Other operators welcome business customers, as long as they follow the rules.

“A lot of tenants have an online business, something they make, or they’re selling T-shirts that they screen print,” said Josh Fine, vice president and legal counsel for Focus Property Group, which operates Greenbox.

“They need a place to fulfill orders; we’ll help with that. We’ll accept shipments for them, give them space to do their fulfillment,” Fine said. 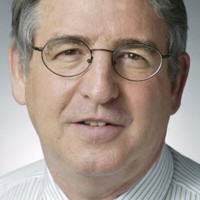