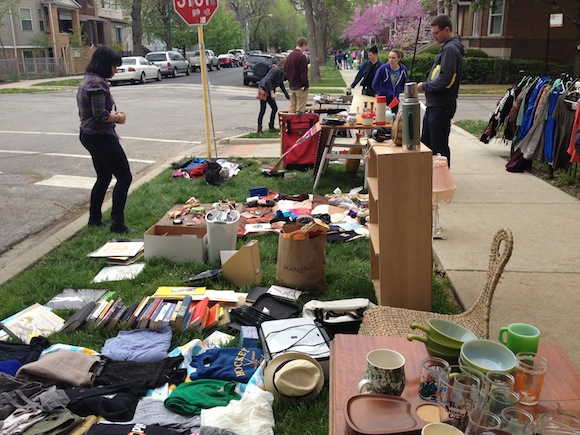 You need to get rid of some stuff and want to make a little extra cash. There’s no better way to clean out your closet and fatten your wallet than by hosting a garage sale. But staging a successful one—where you actually make money and sell the majority of your unwanted stuff—takes planning and preparation.

We asked five garage-sale pros to share their strategies for hosting a great garage sale.

Daniel Jones, owner of Vintage Junky, is a buyer and seller of old bikes, tools, housewares, clothes and “random weird stuff.” He sets up shop every week at the Eastside Flea Market in Austin, TX.

1. Take time to clean your stuff. “When I’m buying stuff to resell, I’m often looking for dirty things that are often worth twice as much once I clean them,” Jones said.

2. Be honest about what you have. Jones is frequently discouraged when people hype what they’re selling. “I went to check out this sale that said ‘retro table and chairs,’ and it was all garbage,” he recalled.

3. Be reasonable about price. “If you’re not ready to sell it, then don’t sell it,” Jones said. Garage sales should be about getting rid of items, not hawking valuables that should be auctioned on eBay or elsewhere. 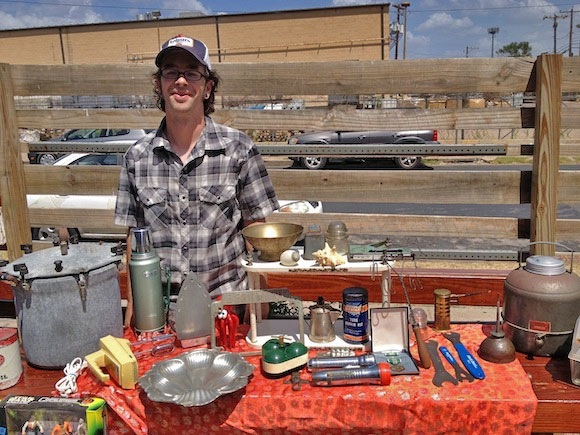 The Advertiser
Gwynne Rowe placed tons of classified ads for garage and estate sales while working as an account executive for the Pioneer Press community newspapers in the Chicago area. After attending several of the sales herself, she quickly learned which vendors were doing it right.

4. Make your ad sing. “People who paid extra for a black border or a picture usually had bigger crowds,” Rowe said.

5. Use signs to direct traffic to your sale. Some newspapers give advertisers garage-sale kits that include signs to place around the neighborhood. If you don’t have those signs, you can make your own out of cardboard; be sure to put them up days in advance.

6. Set up early. Shoppers will get to the sale right on time, so have everything organized at least an hour beforehand. 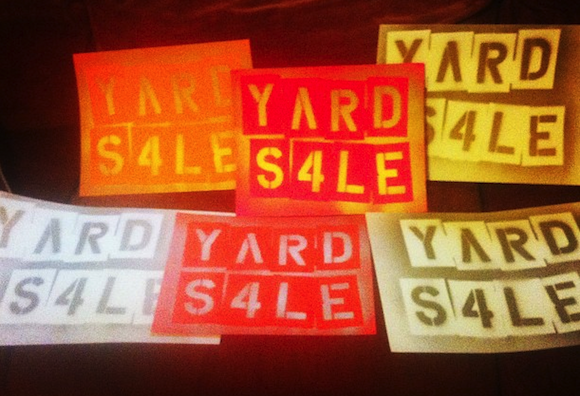 The Pop-Up Vendor
Leslie Cottrill is known around Austin for her pop-up vintage sales. She brings her clothing to places where people congregate, such as in front of outdoor patios at bars.

7. Merchandise everything. Treat your sale as if it were a store. Put clothes on a rack, display jewelry on a table and style an outfit on a mannequin. “I’ll bring some scarves and tablecloths to make it look more funky and bring your eye toward things,” Cottrill said.

8. Don’t throw things in boxes. Break up items and display them, or people automatically will think they’re junk. Reserve a “bargain bin” box for inexpensive items; shoppers definitely will comb through it.

9. Promote your event. Cottrill uses Facebook event pages and relies on “good old fashioned flyer-ing” to get the word out. Be sure to include a list of items you’re selling. 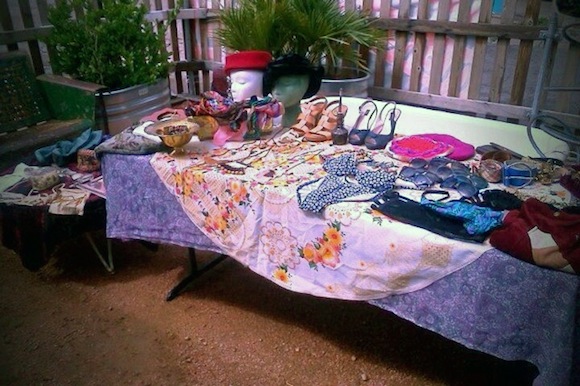 The Party Girl
Kristen Marks, a wedding DJ at Toast & Jam in Chicago, knows how to get the party started. She taps her entertainment skills to liven up garage sales.

10. Make your event social. Play music, serve snacks, and keep an ice chest filled with $1 bottles of water to sell. People will want to stay longer.

11. Price everything the night before. Garage-sale attendees don’t like to ask about prices.

12. Think outside the box. “Taking a little extra time to make a clever price tag classes it up and makes it OK to charge $2 for something as opposed to 50 cents,” she said. At one garage sale, Marks and her roommates put together a “romantic picnic set” made up of a basket, two wine glasses and a blanket with a sign that read, “Really works.” It sold right away.

13. Tap social media. Marks creates a Facebook event page and a Craigslist ad with clear photos of what she’s selling at least two weeks in advance. She’ll promote the event by posting fun photos of her random tchotchkes, such as a ceramic-cat tape dispenser she sold as “Saw Headed Kitty of Death.” 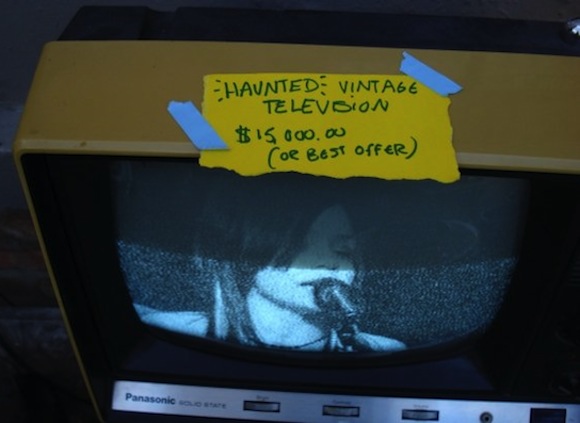 The Old Pro
Yvonne Lozano of San Antonio has hosted more than two dozen garage sales. When she was younger, she used proceeds from garage sales to pay for vacations.

14. Enlist plenty of help. Station people at different areas to prevent people from walking off with your stuff.

15. Consider the timing. Hold your sale during the first weekend of the month, around the time many people get paid.

16. Keep location in mind. Set up shop in an area that receives a lot of foot traffic, such as a friend’s house near a major road. 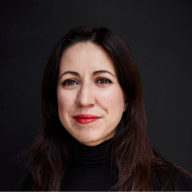