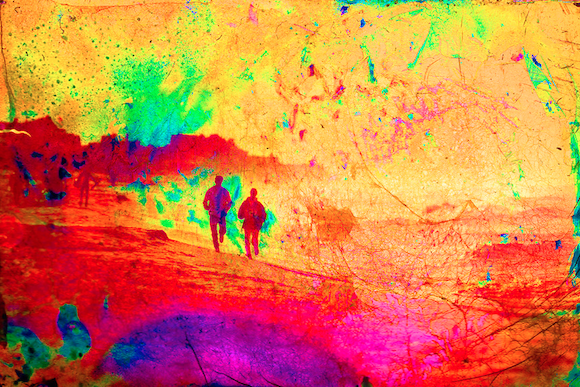 Two weeks after Superstorm Sandy in 2012, photojournalist Randy Taylor finally was allowed to enter the two basement self-storage units in Manhattan, NY, that contained his life’s work. What he found there hurt like a horse kick to the gut.

“It was like descending into a horror film,” Taylor recalled. “There were still no lights, it was cold approaching winter, and the unit had been flooded with sewer water. I wore a haz-mat suit. As we spent the days shoveling our priceless possessions into garbage bags, you felt like you were burying a relative.”

To his disbelief, 30,000 photographs—many of them 35-milimeter slides, a few of them once considered for the Pulitzer Prize—were destroyed beyond recognition, sliding off their clear acetate backings like so many melting popsicles. Gone too were boxes and boxes of his press clippings from magazines around the world, some of them depicting natural disasters that far exceeded Sandy.

A Major Misstep
To make matters worse, Taylor inadvertently had contributed to his own heartbreak. Not only had he chosen basement units, figuring they’d be cooler in a 10-story storage facility without air conditioning, but he’d packed much of his collection into large plastic tubs with folding lids to protect their contents from what he thought would be the worst-case scenario—a broken sprinkler head.

“When the flood hit, those plastic bins filled up and retained the contaminated water,” he said. “For a flood, we did everything wrong.”

Fortunately, his soaked playbook had a miraculous silver lining: By submerging the salvaged images in rubbing alcohol, Taylor transformed 100 of them into unique works of art, now available for purchase on his website.

“I could never have created those in a million years—they’re far beyond my creative ability,” he said. “How do I feel about them? I feel wonderful. I have a couple on my walls. I’m elated that something that beautiful came out of something this awful.” 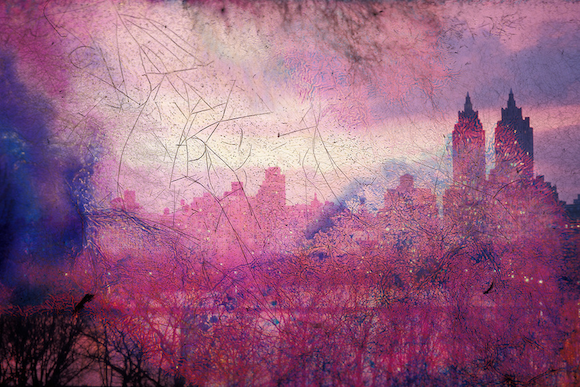 Photo Storage 101
In light of Taylor’s awful experience, how should photos be kept in a self-storage unit? And what should facility managers know to help customers avoid a similar loss?

Jim Reilly, founder and director of the Image Permanence Institute at the Rochester Institute of Technology in Rochester, NY, said photo preservation starts with humidity control.

When photo gelatin turns gooey, four things can happen, none of them good:

“The ideal environment we give to institutions and museums is to stay between 30 and 50 percent relative humidity [RH],” Reilly said. “You can probably get away with 20 to 60 percent, but above 60 or below 20, you start to get into a danger zone. The higher or lower you go, the worse your risk becomes.”

We’ve seen from Randy Taylor’s experience what happens when humidity edges toward 100 percent. But what’s the danger of too little humidity? 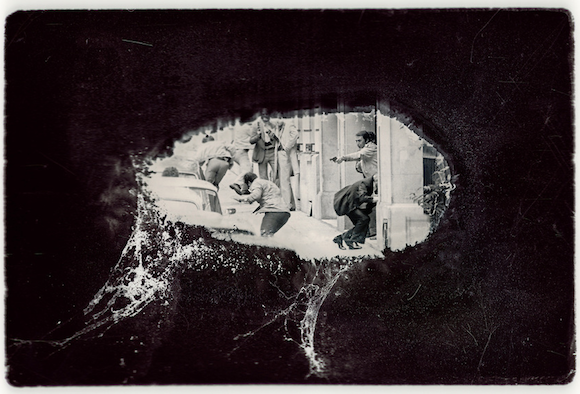 “What happens is, the gelatin shrinks, dries out and begins to cause curl and, in extreme cases, tearing and cracking of the gelatin layers,” Reilly said. “Florida will never have that problem, but places like Maine or North Dakota where it gets really, really cold and dry will.”

For home storage, Reilly recommends a first-floor closet over an attic (too hot in summer) or basement (too humid most of the year). The institute’s website features an easy-to-use dew point calculator, where consumers can plug in the local temperature and relative humidity readings to help them preserve photos.

The Limits of Climate-Controlled Storage

Charlie Fritts, principal at Storage Investment Management Inc. in East Amherst, NY, said that while a climate-controlled storage unit is the best option for photos, it does have its limitations.

“Climate control is designed to do two things: In winter, it should be warm enough to keep your things from freezing, and in the summertime, it should be cool enough so that the humidity is lower than anywhere else,” he said. “It’s not like your home climate control. These units were not built to live in. They’re much different.”

For best results, Fritts advises customers to make a digital backup before storing slides or photos, follow guidelines such as the Image Permanence Institute’s Photographic Activity Test (PAT) to minimize damage caused by packaging, and place stored photo collections away from potential hazards.

“Just dumping photos or slides in a big cardboard box and throwing it in a storage unit is probably not a good idea,” Fritts said. “And don’t store photo boxes on the concrete floor where it’s the dampest; put them on top of something.”

Taylor adds this tip from his own experience: “Rent an upper-floor unit.”

All photos © Randy Taylor; top photo is a piece titled “Running on the Beach” from Taylor’s collection of Sandy-damaged photos