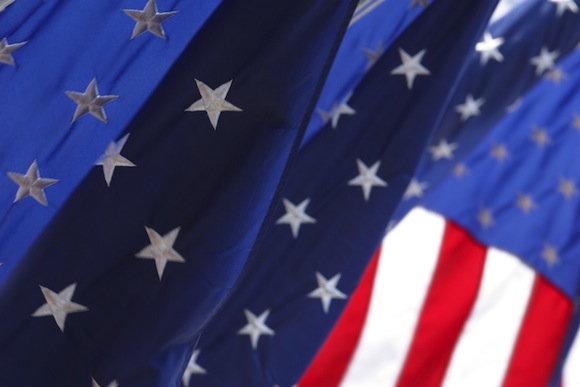 Flag Day is celebrated each June 14 to commemorate the adoption of the U.S. flag in 1777 and to remember the sacrifices that have been made to preserve the nation.

Aging flags often become heirlooms and keepsakes that need to be stored carefully, said Richard R. Gideon, a flag historian in Pittsburgh. “There is a pretty large body of flag collectors out there,” he said.

The fabric used to make flags often becomes fragile over time. The key to successful storage is finding a place where your flag won’t be exposed to dirt or damaging ultraviolet light.

If you don’t have storage room in your home, a self-storage unit can be ideal place to keep a special flag. Here are four tips on how to properly store the American flag.

1. Keep Dust and Dirt Off Your Flag.

If your flag is dirty, avoid dry-cleaning it. Before you put a flag into storage, Gideon recommends cleaning it with a low-pressure vacuum and covering it with acid-free paper, which can be found at art supply stores. If your flag needs additional cleaning, Gideon suggests asking a local museum to refer you to an expert in textile conservation.

2. Keep Your Flag in a Dark Place.
“Always store a flag long-term in a dark place,” said Kevin Hickey, owner of The United States Flag Store, an online retailer of American flags based in New Stanton, PA. “Sunlight and ambient light can fade the colors and break down the fabric fibers.”

This is similar to a color photograph left in the sun; your flag gradually will lose its luster. 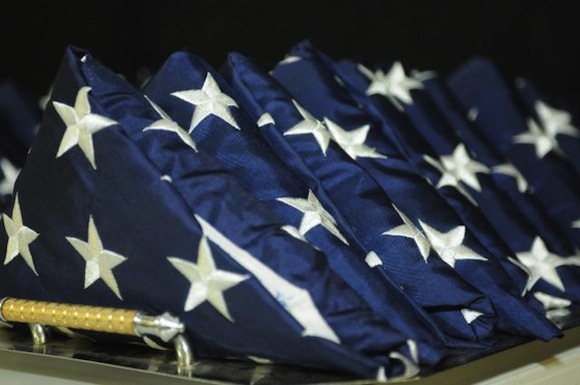 For long-term storage, experts do not recommend folding an American flag.

On its website, Heritage Preservation, a public policy group, points out that prolonged storage in a folded condition leads to permanent creases in flags.

If you’re using a self-storage unit that is too crowded to accommodate a flat table, carefully roll the flag around a mailing tube that’s been wrapped in acid-free paper.

4. Avoid Swings in Temperature and Humidity.
This means keeping flags out of attics, where summer temperatures can soar, or basements, where mold may occur, unless those rooms are temperature-controlled.

If you decide to put your flag in a self-storage unit, choose one with air conditioning and humidity control.

Choose a temperature range that would be comfortable for living conditions. Regardless of their materials, flags do best at 55 percent to 75 percent relative humidity, Gideon said.

Respect the Flag
Handing a flag requires proper etiquette.Tom Piazze, first vice president of the Military Officers Association of America in Sarasota, FL, said you always should show respect for an American flag, even when it is in storage. The flag is a symbol of America’s courage, strength and compassion, he said, and it also has come to symbolize democracy.

“The U.S. flag is an emblem of our nation, our country,” Piazze said. “It represents our beliefs, our way of life around the world.”

Here are some guidelines for handling a U.S. flag:

Below is an infographic by Brian Shreckengast showing how you should fold the American flag military-style, not for long-term storage.