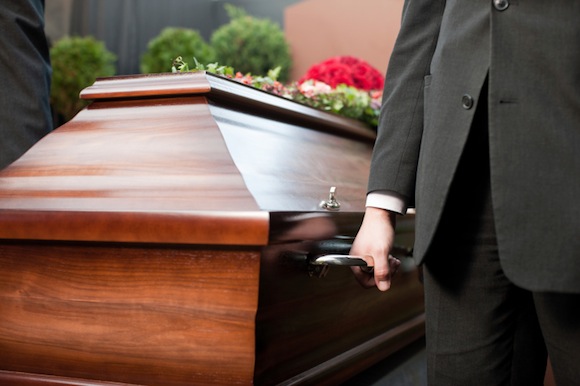 When the renter of a storage unit dies, the aftermath can be almost as messy as a Tom Cruise divorce. What happens to the contents of that storage unit depends on an array of factors.

Typically, the contents of a dead tenant’s storage unit become part of the tenant’s estate, and a judge decides what happens to them.

Here are some other scenarios following the death of a storage tenant:

Cindy Bellomy, co-owner of Able Self Storage in Pearland, TX, said that not long ago, one of her tenants died. In this case, the tenant’s adult children were his heirs and, under the terms of his lease, they had access to his storage unit.

“They had no interest in renewing the lease and made it clear they wanted nothing further,” Bellomy said. “We ultimately auctioned the remaining contents.”

In a 2011 email to The Oregonian newspaper, an executive with Public Storage, the country’s largest self-storage operator, laid out the company’s rules for dealing with dead tenants. Other storage operators have similar policies in place.

“Our policy is that once we are notified that one of our customers has passed away, we immediately deny access to all parties authorized on the account by over-locking the unit,” Steven Glick, chief legal officer at Public Storage, told The Oregonian. Public Storage then asks to see the dead tenant’s death certificate, along with a copy of the will or trust.

Glick said that if the dead renter didn’t have a will or trust, the company requires that a small-estate affidavit be filed before survivors can enter the storage unit. This affidavit is a legal form used by an heir to collect the property of a dead relative, according to SFGate.com.

Although it may seem “cruel and heartless,” managers and owners of self-storage facilities can’t act as judge and jury in situations like this, said Stephanie Shelton, a former self-storage manager in South Carolina. State laws dictate how storage facilities handle the belongings of a dead tenant, she said. Just showing a facility the death certificate of a renter doesn’t automatically grant someone the right to pick up the renter’s belongings.