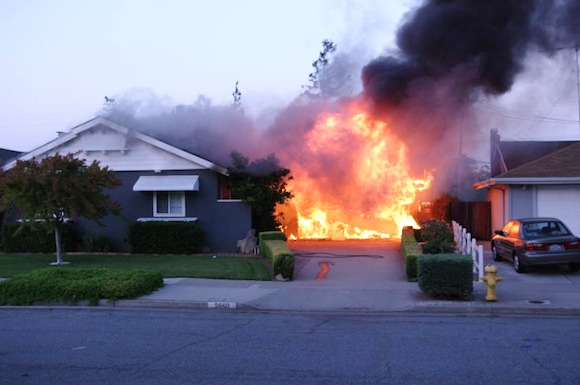 A cluttered garage isn’t just an eyesore. It also can be dangerous.

From 2009 through 2011, an estimated 6,600 fires broke out annually in garages attached to single-family homes and other residential structures, according to the U.S. Fire Administration. Those fires caused an estimated 30 deaths a year, along with 400 injuries and $457 million in property damage. During the three-year period, the average garage fire caused $54,800 worth of damage.

Are those statistics not startling enough? Consider this: The U.S. Fire Administration says that more than 45 percent of garage fires reach other parts of a home.

“An unplanned fire anywhere is dangerous—sometimes even deadly—but garage fires can often wreak a great deal more havoc. Not only are they detected less quickly than fires that begin in the house, they often spread more quickly and more violently,” according to Safety.com.

Junk in the Garage 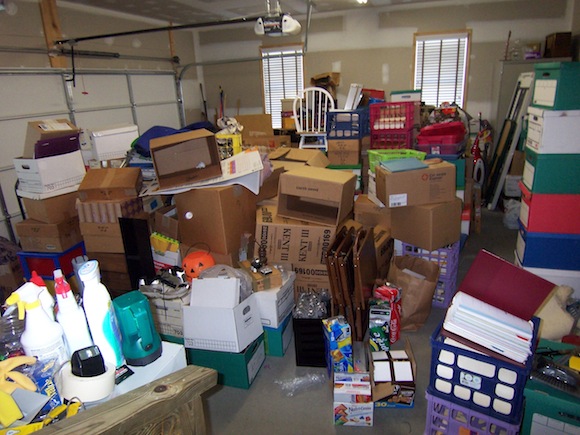 A survey by Gladiator GarageWorks backs that up. The survey found that about 70 percent of two-car garages in the U.S. could fit only one car because of clutter. A separate Gladiator GarageWorks survey of 500 real estate agents revealed that four out of five think an unorganized garage harms the first impressions that prospective homebuyers have.

Meanwhile, researchers at UCLA found that cars had been banished from three-fourths of garages they visited “to make way for rejected furniture and cascading bins and boxes of mostly forgotten household goods.”

Helping fan garage fires are the presence of items like flammable liquids, paint, chemicals, ammunition and newspapers, according to the U.S. Fire Administration. Regardless of what contributes to these fires, many of them spread rapidly because the garages lack smoke alarms or heat sensors.

“Attached garages are initially designed for the use of vehicle storage; however, many garages are used for storage or converted to living spaces, such as bedrooms and dens. When garages are converted for use as occupied spaces, they may often not have smoke alarms or heat sensors installed,” according to the federal agency.

Garage fires tend to spread farther and lead to more injuries and dollar losses than blazes originating in any other part of a home, the U.S. Fire Administration says. Also, garage fires often go undetected longer than fires in other areas of a home. 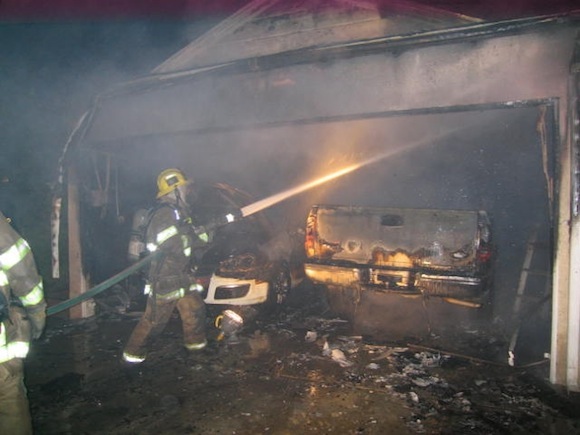 “Garage fires can be difficult to fight, depending on what items are stored in the garage,” said Lt. Sarah-Maria Marchegiani, a spokeswoman for the Arlington County Fire Department in Virginia. “Flammable liquids, such as gas, paint or oil, can cause the fire to spread faster. Flammable liquids should be stored in a shed away from the home, in a metal fire-resistant cabinet or be disposed of properly.”

Marchegiani pointed out that clutter can make matters worse by preventing firefighters from quickly entering a garage to put out a fire or rescue a victim.

Professional organizer Barry Izsak, author of “Organize Your Garage in No Time,” said a garage can be a “purgatory” for our belongings.

“The reason that the average American two-car garage has become a no-car garage is because people don’t make the necessary decisions once they have decided to remove or discard something from the house,” Izsak said. “Instead, it ends up in the garage, which I liken to purgatory until a decision is made months or years later. People need to follow through with their decisions at the time they decide they no longer want something or find it useful, and get it out of there.” 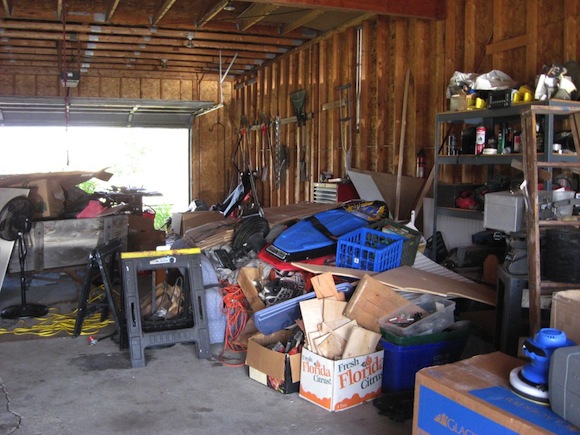 Izsak blames consumerism for garage clutter, such as our purchases of tools, gardening supplies, toys, clothing, furniture and luggage.

“It’s amazing that people park their expensive cars out on the street because they can’t fit them in the garage, which is filled with so much worthless clutter,” he said.