Troy Downing just emerged from a hunting trip, deep within the Alaskan wilderness.

Downing quickly learned that the country had been attacked while he was off the grid, and his life would never be the same.

“September 11 came around and it really punched me in the gut,” Downing said.

On his way back to civilization, Downing decided to enlist in the military. Downing said given his success in life and business, he’s always felt a duty to give back.

“Thinking about where I had come from and what I managed to accomplish, I felt like I needed to be part of the solution,” Downing said.

That feeling was never stronger when he walked into a recruiter’s office soon after returning from his hunting trip.

“I wanted to be in a role where I had skills I brought to the table and could do something meaningful,” Downing said.

One could say that Downing, now 50, has a similar thought in his mind as he embarks on his latest challenge: running for the U.S. Senate in Montana.

Downing, a Republican, filed paperwork to run for Senate with the FEC earlier this month. He will face at least one other Republican in the party primary next year, and would go on to campaign against Democrat Jon Tester in November 2018.

Downing, who has never held elected office, is well known in the self-storage industry as CEO of AC Self Storage Solutions, a California-based firm that buys, operates and sells self-storage properties across the country. He’s involved in charity work, including a Montana-based group that teaches fly fishing to wounded vets as a form of therapy.

But outside of that, Downing isn’t a household name in Montana by any means, which he hopes to change very soon.

“I think I am the right person for the job. When Montana gets to know me, they will understand that I am a good thing for Montana,” Downing said. “Protecting and preserving this place is of paramount importance to me. I moved to Montana because I love Montana.” 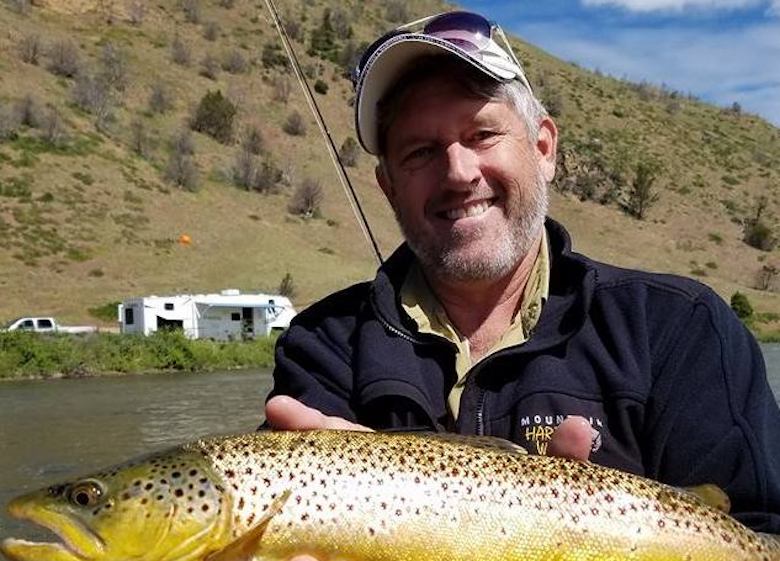 While Downing may lack name recognition at the moment, he does have at least one key political connection: Interior Secretary and former Montana congressman, Ryan Zinke.

In fact it was a dinner with Zinke last summer that set Downing on the path of running.

“I was having dinner with Ryan Zinke and House Majority Leader Kevin McCarthy (R-CA). Zinke mentioned he had met with the Trump team and thought there may be the possibility of a cabinet position,” Downing said.

The conversation soon turned to the prospect of the vacant seat in the House. “That really started my wheels spinning,” Downing said “I had always thought of running for office, this was the catalyst that got me thinking sooner rather than later.”

There were a lot of “what ifs” at that point including whether or not Trump would win. In any case, there wasn’t enough time to spin up a campaign, Downing said. Instead Downing set his sights on the 2018 Senate race.

The congressional seat vacated by Ryan Zinke was recently won by Republican Greg Gianforte, who grabbed headlines for allegedly “body slamming” a reporter. Gianforte was charged with assault within the same 24 hours of overcoming Democratic candidate Rob Quist in a special election May 25.

Downing said he’s happy Gianforte won, and it bodes well for the Republican party as it seeks to oust Tester, who has held the seat for Democrats since his election in 2006.

“In terms of 2018, [Gianforte] has shown Montana hasn’t wavered. They are still on board to move on with a conservative agenda. With as much money that got poured into this, it didn’t sway the voters towards a ‘Sanders-liberal’,” Downing said.

In a statement announcing his run, Downing said he wants to end the anger and dysfunction pervasive in Washington, which he says is largely caused by increasing polarization.

“Because people are so polarized, their representatives are more polarized,” Downing said.

Perhaps there is no more polarizing figure than President Donald Trump, who Downing himself criticized during the presidential primaries.

“The average American is going to be better off”

But Downing said the bright spot of the Trump presidency is the team and agenda he has put together.

“Independent of his ways of communicating, I think that he is still going to be good for the country if he is able to push forward the main things he was campaigning for,” Downing said.

Those things include streamlining taxes and regulation, strengthening the military and securing our national borders.

“The part I’ve struggled with in the past is how the message gets out, but I believe if you fast forward to the end of the Trump presidency, I believe the average American is going to be better off because of it—and a lot of them are going to go kicking and screaming the whole way,” Downing said.

As Downing gets his campaign up and running, he says that his friend Zinke continues to be a source of advice and encouragement.

Downing said he was introduced to Zinke by a mutual friend in the Bitterroot during his 2014 congressional campaign. Downing said they hit it off and stayed in touch since then.

Last month Downing spent some time in Washington D.C. to gauge support for his campaign and get a feel for what the realities of running for office would entail.

“One thing Zinke said to me was ‘Troy, you got a great story and you need somebody to tell that story,'” Downing said.

That story begins with a working class upbringing in Indio, CA, (long before the Coachella festival, Downing says) where he was raised by a single mother. A stepfather who adopted Downing was in the picture for part of that time, but he eventually divorced his mother.

“My mom was a checker in a grocery store raising three kids on her own,” Downing said, “We didn’t have much growing up.”

Downing went on to go to New York University to study computer science. He cofounded one of the first web-based calendar systems called WebCal, which merged with Yahoo 1998.

It was around that time that Downing established a home in Montana, a place in the mountains where he could hunt and fish. He left the tech industry by 2001, and shortly after enlisted in the military.

The recruiter floated the idea that Downing could work in intel, using computers to track troop movements and weapon systems. Downing had spent the last part of his life staring at computer screens and didn’t feel he would be effective continuing in that field.

Because Downing had a pilot license, the next prospect was exactly what he was looking for: joining the 129th Rescue Squadron.

“The recruiter brought in this guy, Chief Rhoads, who told me ‘my job is tough and hard on me. But, it’s the best thing I can imagine doing. We fly helicopters in formation, close to the ground, in the middle of the night, wearing night-vision goggles. We find busted kids in the desert and bring them home’. As soon as I heard that, I raised my hand”, said Downing.

Downing remained with the Air National Guard until the end of November 2009. During his time in the Guard he starting investing in real estate, with a focus on self-storage properties.

“I kind of found my niche in that,” Downing said.

Downing eventually formed AC Self Storage Solutions. The company raised money from investors to buy properties, manage them, pay dividends and eventually sell them. At one point Downing was involved in a portfolio of 77 properties in 12 states.

“Last year was a big liquidation year, we went through most of our portfolio last year,” Downing said.

The company is now down to six facilities, with two of those on the market.

Downing said his company is taking a “wait and see” approach when it comes to the self-storage market as a whole. He said several of their traditional markets have recently seen a lot of new product come online, so instead he is looking at the potential of smaller, underserved markets.

“I’ve been talking to someone in Great Falls about doing some development up here,” Downing said. He added that prices for self-storage facilities are starting to soften, which could give support for getting back into the acquisitions market soon.