Self-storage owner and operator Pogoda Cos. is going through a growth spurt, with an eye toward expanding its portfolio through acquisitions.

Adam Pogoda, the business’ new director of acquisitions, said he’s already on track to close five deals during the first half of 2019, including a facility under contract that sits in a tax-advantageous Opportunity Zone. Depending on whether the pricing is attractive, the second half of the year could bring more acquisitions, he said.

“A lot of deals that we looked at last year are coming back to us at a price that makes sense now,” Pogoda told the SpareFoot Storage Beat. “We’re hopefully going to buy a lot of properties in 2019.” 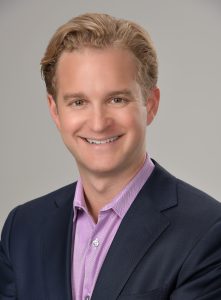 Pogoda said the company is trying to build its portfolio of owned facilities after selling 12 Michigan properties in 2015 for more than $76 million.

Today, the Pogoda portfolio comprises about 40 locations in Michigan and Ohio. The company owns about one-fourth of those facilities and manages the rest for other owners, Pogoda said.

Aside from buying facilities in those two states, the Farmington Hills, MI-based company is looking for acquisitions in other regions, Pogoda said. That breaks with the company’s longtime approach of sticking to facilities within a five-hour drive of the headquarters.

Pogoda said he’s reviewing every self-storage portfolio that hits the U.S. market to see whether it might fit into the company’s strategy. The company is seeking stabilized facilities that are at least 40,000 square feet as well as value-add conversion properties, such as industrial facilities and big-box stores.

“I like the less sexy properties where we can go in and add a lot of value,” he said.

Pogoda joined his family’s company in January 2018 from East End Capital Management Inc., a private equity real estate firm in New York City, NY, where he worked for more than seven years. At East End, he was a vice president in charge of New York City acquisitions. His father, Maurice Pogoda, launched Pogoda Cos. in 1987.

“I joke that I’ve been involved [in the business] since I was 5. I used to come in and stuff mailers,” Adam Pogoda recalled. “While I’m new to the company, I feel like I’ve been a part of it for a long time.”

Now, Pogoda is embracing a long-term-hold strategy as he helps expand the company founded more than 30 years ago by his father.

“I just want to grow the business for the future so that it’s successful for me, my family and, hopefully, my kids,” Pogoda said.