Here is a modern twist of a myth told long ago.

Daedalus had a son named Icarus. They were both imprisoned in a tower by King Minos. Daedalus, a skilled craftsman by trade, crafted two sets of wings. One for himself and one for his son, Icarus. The wings were fastened with wax and glue, in hopes they would free the two prisoners. Daedalus warned Icarus not to fly too close to the sun but Icarus did not listen. The well-known tale ends in tragedy, with Icarus drowning in the sea when his wings melt from the heat of the sun.

This myth has served as a cautionary tale for millennia. Be careful. Too much of a good thing can be your demise. Is the self-storage industry the Icarus of our day?

I am often asked when a new player enters the market that has a “twist” of self-storage if that will have an effect on the market. Without a doubt, my answer is no, not now. Right now our biggest threat is coming from within. The self-storage industry has learned to fly and is quickly approaching the sun.

Let’s look to another industry who faced a similar issue. How did they fare?

In 2006, Subway had 20,721 locations and a short give years later it grew 22% to 25,285.  The biggest issue they faced was over expansion. Owners felt like they had to open a store in an area so no one else would come into that market. Which was “ok” thinking until others did too. Jimmy John’s, Jersey Mikes, Firehouse Subs all came into Subway’s markets to compete.

As a result, Subway started the famous $5 foot-long promotion. It was a huge success, they sold a ton of sandwiches, however it made no money. The franchisees complained so much of the lack of profits, it was pulled.  Subways started to close, and the chain’s traffic and revenue has slowed considerably. Subway was flying too close to the sun.

Today, we are in that growth period. Self-storage growth is moving stronger than ever. Are there areas in the country that are flying too close to the sun? If you think there aren’t, put on the sunblock because you are getting close.

One market I am particularly familiar with is being so over built I cannot understand how they get approval. This market, in a five mile radius, there are 12 struggling storage properties. In addition, three new ones opened in the last year (total 1,500 units) four are under construction right now and one person decided two weeks ago to convert an old Kmart.

A gentleman who wanted to get into storage asked my advice on building in that location. I told him to run as fast as he could. He currently has a site under construction in that location.  Last time I checked, stores in the area were offering up to three months free! Sounds like the oh-so-successful $5 foot-long.

We hear so much of the tale of Icarus but never what happened to Daedalus. After his son perished, Daedalus flew further west until he safely landed in Sicily. There he continued in his proud trade of a world class craftsman. Like so many Greek myths, an analogy is meant to be gained. While we know the one from Icarus, it is Daedalus that interests me.

Daedalus exercised a note of caution as he went into the unknown. He didn’t fly too high and didn’t fly too low. He knew he was flying to Sicily. He didn’t make foolish mistakes and was very calculated in his decision-making.

Storage developers would be wise to be more like Daedalus. We need to avoid purchasing properties that don’t make sense for development and not build on the hopes of others’ money. We need to make sure we know how to craft the wings and stay on a stable trajectory.

As certain markets get overheated, developers need to ask themselves if they want to go the way of Daedalus or end up like Icarus. What will it be for you? 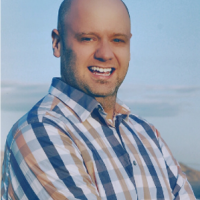 Rick is a founding member of Atomic Storage Group, a third-party management company. He can be reached at rick@atomicstoragegroup.com
Website