An archive of the top self-storage development news items you might have missed.

Cysner Properties-Edison was going to convert the 3421 Route 22 East building, former home of a Sun National Bank, into a self-storage facility in Branchburg, NJ. However, after completion of the interior demolition of the building, it was determined that the structure lacked the strength and structural integrity to meet the code standard.

It would have been more expensive to reinforce the existing building than to demolish it and rebuild it with new steel. Thus the new plan is to build the facility from the ground up, according to plans approved by the zoning board of adjustment, which will hold a hearing about the project on Oct. 21. The site will include a covered area with 400 spaces for RVs, boats and other vehicles, as well as wine storage.  Source: My Central Jersey

In Georgia, the Woodstock City Council approved two conditional-use permits that will enable a self-storage facility to grow. The Life Storage site has a 104,000-square-foot, 94-percent-filled building at 3369 Trickum Road/42 Sycamore Lane. The company plans to build a second structure of 43,200 square feet for indoor self-storage and also will offer parking for 12 RVs. Source: Cherokee Tribune & Ledger News

A five-story, 71-unit self-storage building with ground-floor retail has been proposed for 9201 Delridge Way SW, former site of an auto shop, in Seattle, WA. The Southwest Design Review Board approved it unanimously. Next up is design review. The developer is Craig Haveson of STS Construction Services. Source: West Seattle Blog 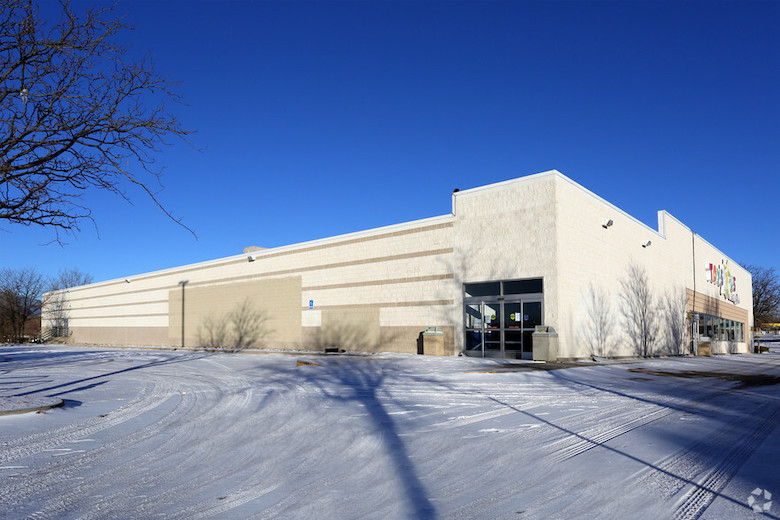 The long-vacant Toys R Us store at 3730 N. Citadel Drive in Colorado Springs, CO, will become a self-storage facility following its sale from Dunton Commercial and Hampton Partners to Self Storage Management LLC. The 47,125-square-foot building sits on 3.09 acres. The deal also includes adjacent office property at 3770 N. Citadel Drive that will become home to a Circle K store and a quick-service restaurant. Self Storage Management also has Colorado locations in Aurora, Elizabeth and Estes Park. Source: Colorado Real Estate Journal

By a 7-1 vote, the Milford City Council approved a new 1st State Self Storage facility for just south of Walgreens on Route 113 in Delaware. It will include an office and manager’s residence. Source: Milford Live

In New York, the Fremont Plan Commission approved rezoning a property from agriculture to R3 residential, enabling the construction of a self-storage facility for items such as boats and RVs. The property is at the corner of Walters Road and SR 120. The entrance/exit for the property would have to meet all Steuben County regulations. Source: WKPC News

Store Here Self Storage is converting an industrial building in Racine, WI into a new self-storage site. It will have 150,000 net rentable square feet in a one-story building. Store Here is based in Orange, CA and operates facilities in 13 states. Source: Benzinga 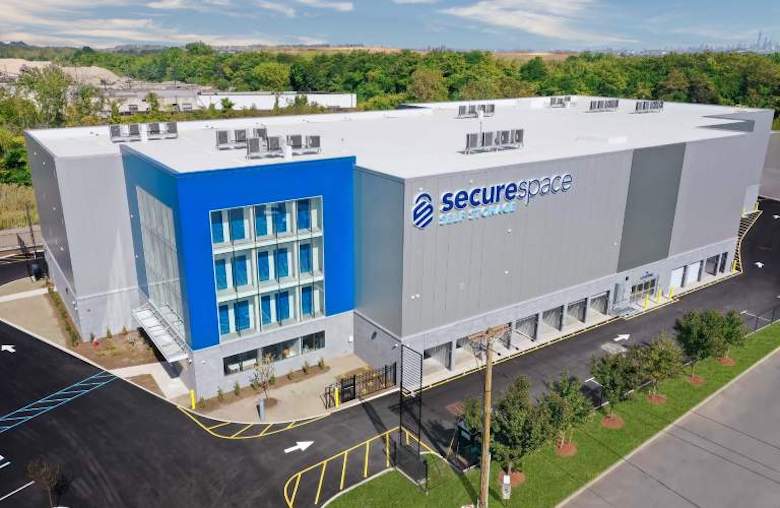 SecureSpace Self Storage on Sept. 30 opened a new facility at 8 Breiderhoft Road in Kearny, NJ. The climate-controlled building has 113,000 square feet. SecureSpace is based in Redondo Beach, CA. Source: PR Newswire

The company purchased and plans to renovate Whitney 19 Self Storage at 16809 US Highway 19 in Clearwater, FL. It will be renamed SecureSpace Clearwater; SecureSpace is InSite’s management firm. The site has 70,000 square feet of ground-floor self-storage space, more than 800 climate-controlled and drive-up units, RV parking and office space. Renovations will include the leasing office, adding free WiFi, a new security system, new roofing and signage, and more.

In another transaction, the company said it will redevelop an existing facility it bought in the Gowanus section of Brooklyn, NY. InSite envisions a new, 60,620-square-foot SecureSpace site, within walking distance of the F, G and R train lines. 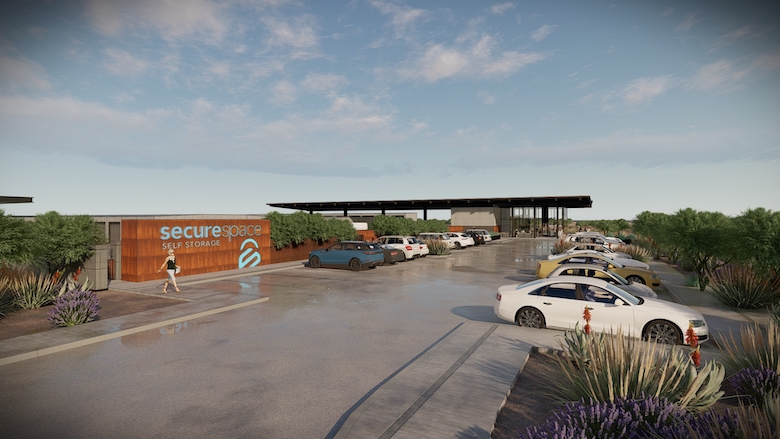 Finally, InSite purchased a 25-acre site in Surprise, AZ, where it plans to put up a building with 87,400 net rentable square feet, plus 500 boat and RV parking spaces. Eventually, InSite will expand that facility (rendering above).

In Colorado, the Carbondale Board of Trustees came a little closer to approving a 590-unit self-storage facility where Cowen Drive meets Highway 133. Two of the issues needing to be settled involve how motorists would get into and out of the site from Highway 133, and whether a proposed 2 percent-per-unit fee to raise $20,000 is enough to maintain infrastructure and artwork at the site. Talks will continue at a Nov. 10 meeting. Source: Sopris Sun

Beyond Self Storage seeks to take down the former Bradenton Health and Racquet Club building and replace it with a climate-controlled self-storage facility at 6500 Manatee Avenue W in Bradenton, FL. The storage company bought the property for $655,000 in August.  Source: Bradenton.com

In Pennsylvania, the Allentown Planning Commission approved a CubeSmart self-storage facility with 524 units at 1384 S. Fifth St., near the former South Fourth Street Kmart. The developer will demolish one building and add a three-story structure to another existing building. Source: WFMZ.com

Next Door Self Storage, which has 14 locations in the Chicagoland area, may replace a now-closed Kmart store at 1801 W. Jefferson St. in Joliet, IL. Joliet officials will consider a proposal for a planned unit development that would develop part of the property as a commercial subdivision. The plan calls for a climate-controlled storage facility plus outdoor mini storage warehouses. Source: WJOL

Developers First Columbia and Hampstead America LLC plan to renovate three adjacent commercial buildings into a 100,000-square-foot self-storage site with about 1,000 climate-controlled units. The buildings are at 494, 498 and 500 River St. in Troy, NY, and were the home of The Fitzgerald Brewery, built in 1852. Life Storage will manage the facility. First Columbia will relocate 15,000 square feet of storage from existing office buildings, creating more space for tenants. Source: Albany Business Review 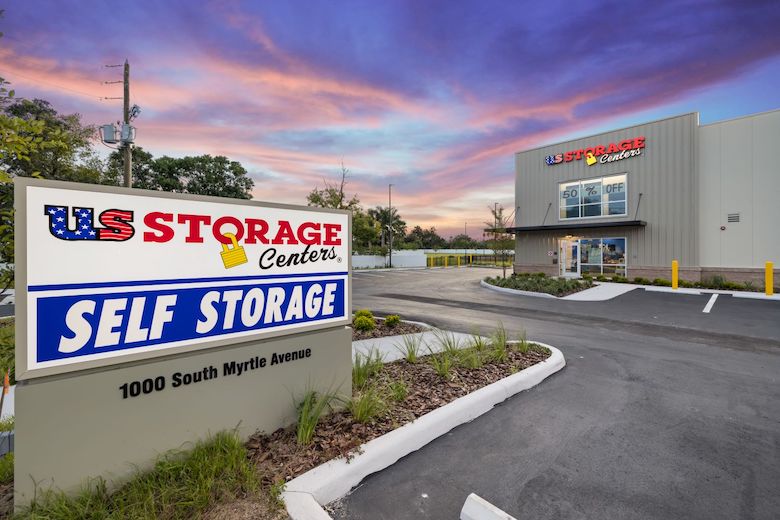 Cedarwood Development, which is based in Fairlawn, OH, finished building a new self-storage facility at 1000 S. Myrtle Ave., Clearwater, FL. The property has 585 units and 60,000 square feet. Westport Properties will manage the site, which is under the name of US Storage Centers. The latter has more than 10 million rentable square feet under management.

Developer Horne Partners LLC hopes to build a three-story, 156,000-square-foot self-storage facility with 1,200 storage units in Saugas, CA. The Santa Clarita Planning Commission approved the plans in mid-September, and the Santa Clarita City Council next will consider the proposal. The project would be at the southwest corner of Golden Valley Road and Valley Center Drive. The building would be made to appear as a two-story building to blend in with nearby buildings.  Source: The Signal

Developer John Molchan plans to demolish a building at 1413 Golden Gate Blvd. in Mayfield Heights, OH, and replace it with a three-story, 175,000-square-foot self-storage facility. The Mayfield Heights City Council has approved the application for this $15 million project, voting in favor of granting a variance for the facility to operate in a district zoned for retail or wholesale businesses. Molchan plans to start the demolition in March and start building soon after. Source: Cleveland.com

Amit Patel of Safe Affordable Storage LLC teamed up with Absolute Storage Management to open Posen Storage at 14750 S. Western Ave. in Posen, IL. It has 60,000 square feet of rentable storage space and 542 units. It’s located east of the I-57 and 147th Street junction.  Source: Benzinga

Old Ellis Storage completed the add-on of a self-storage facility, giving it another 500 units, and it now has a total of 78,000 rentable square feet at the cross street of Old Ellis Road and Old Ellis Point in Roswell, GA, a few steps away from the original address of 1205 Old Ellis Road. Griffco did the construction work on the addition. Absolute Storage Management will manage the facility. Source: Benzinga

Storage Solutions Salem has opened at 2547 Salem Dallas Highway NW at the intersection of College Drive NW and Salem Dallas Highway NW in Salem, OR. It has 212 ground-level units and 36,630 rentable square feet. Trademark Enterprises LLC of Salem was the developer and the owner is Storage Solutions NW LLC. The West Coast Self-Storage Group of Everett, WA, is the manager. Source: Patch.com