Demographic experts say newcomers are considering Charlotte for a strong economy, good quality of life and even news stories about Charlotte’s growth.

But if all this hype about a growing Charlotte is what’s actually feeding the city’s growth, what Queen City features aren’t making headlines? Below, we’ll explore three reasons you might want to think twice about moving to Charlotte.

1. It’s not a good time to be a first-time home buyer… or a renter.

The Queen City real estate market is still showing the impact of economic setbacks from the early 2000s. New construction is slowly building steam, but Charlotte’s housing market just can’t keep up with the demand.

In the first quarter of 2017, Charlotte’s starter home inventory was down 69.3%, according to a study conducted by Trulia. The tight supply of starter homes means prospective homebuyers will have to spend 2.9% more of their income to get through the door.

For those hoping to wait out the inventory shortage by renting, Charlotte’s population boom is also affecting the rental market. New apartments are popping up every day in popular areas including South End, Plaza Midwood and Uptown, however base rent prices reflect the high demand.

Rentals that cost more than 30% of a person’s household income are considered to be economically burdensome, according to the U.S. Census Bureau. In 2016, 48% of Charlotte renters met the definition of cost-burdened, even with a median household income of $56,800.

2. Going car-free isn’t as easy as you think.

Walking, biking and taking public transportation in Charlotte can often leave something to be desired. Major roads that lead to some of the more affordable living areas in Charlotte often don’t have the sidewalks or pedestrian bridges needed to support a car-free existence.

In fact, according to AllTransit’s public transportation scale of 0 to 10, Charlotte scores a 4.33 for transit quality. This places the Queen City 26th out of 32 U.S. cities with more than 500,000 people. While Charlotte is taking steps to increase accessibility for those without cars, only 1.9% of the city’s population lives within neighborhoods that score a 9 or above for walkability.

For those looking to go car-free, being able to live and work in neighborhoods around Uptown is the best option.

3. The weather is great… if you enjoy oppressive humidity. 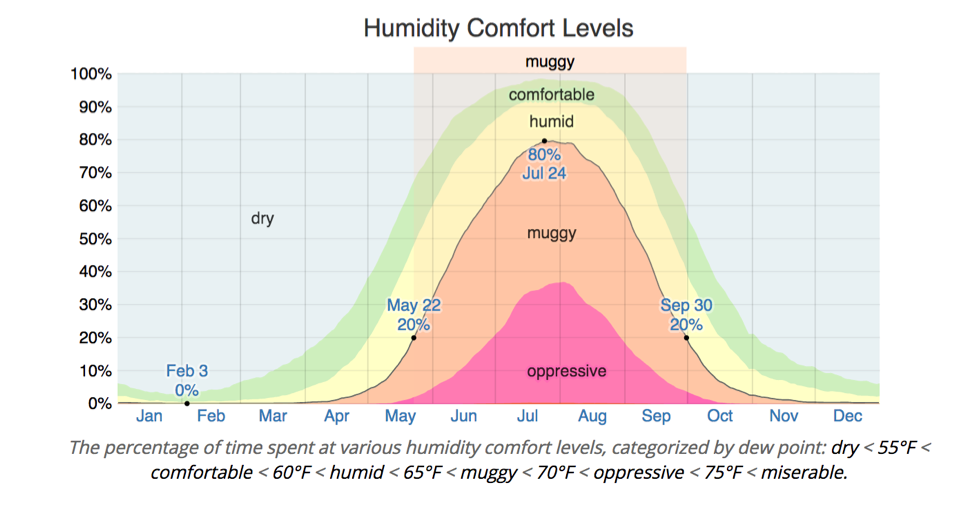 North Carolina is known for its mild weather. Charlotte lives up to that statewide expectation with 218 days of sunshine a year and average temperatures starting at 60°F in April, hitting 80°F in July and maintaining a balmy 62°F throughout October, according to the state climate office.

The problem with seven months of comfortable temps in the South is the four months where Charlotte’s weather rates as muggy, oppressive or miserable at least 20% of the time according to Weather Spark’s humidity comfort levels system.

Charlotte’s summer humidity is the kind where it somehow feels even worse when it’s dark instead of dark skies providing relief. Many residents try to escape the city for cooler weather on the coast or in the mountains, but humidity scores in both Asheville and Cape Hatteras are even higher than the Queen City’s during the summer months.

Every city has its challenges, and despite the three points we listed above, there are plenty of good reasons to move to Charlotte. If you still think the QC is for you, we can help. Get ready by checking out all of our tips on moving to Charlotte. 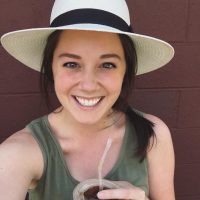 Dana is a digital content specialist based in Charlotte where she spends time exploring breweries, escape rooms and patios.