This post is an archive of self-storage development news from February 2021. For the latest news, check out the latest edition of The Roll Up column here.

InSite Property Group acquired a development site in San Pedro, CA. Located with visibility from Gaffey St (18,000 vehicles pass per day), the site is located adjacent to Home Depot and just east of Palos Verdes, one of Los Angeles most affluent areas with a median income of $150,000. 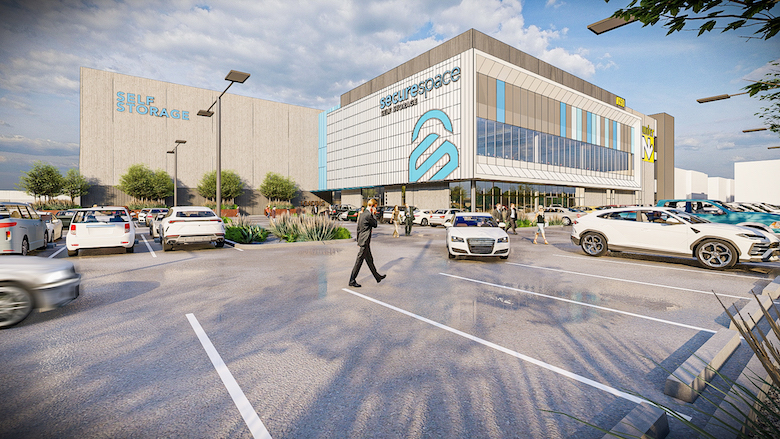 The development will include a three-story 101,000 SecureSpace self-storage facility with 101,000 square feet of storage space. The facility will offer more than 1,000 units.

Cerberus made a $35 million loan to pay for a self-storage conversion in Manhattan, NY, with JLL Capital Markets arranging the financing. Ramrock Real Estate and Mequity Cos. plan to renovate a parking garage at 41-47 E. 21st St. in the Flatiron District, between Park Avenue South and Broadway, into a self-storage site, with CubeSmart as operator. It will have eight stories and its square footage would expand from about 50,000 to more than 64,300. Source: Commercial Observer

The Board of Selectmen approved a conservation restriction for a self-storage project in Burlington, MA. Jumbo Self Storage wants to build a five-story, 119,523-square-foot facility north of Wheeler Road, and south of Blanchard Road and Rounder Way. The Massachusetts Executive Office of Energy and Environmental Affairs next will consider the plan. Source: Daily Times Chronicle

All-American Self Storage bought vacant land near the Trussville Shopping Center off Chalkville Mountain Road, where it plans to build a two-story, 50,000-square-foot climate-controlled facility at 4600 Frank St. in Birmingham, AL. The company will break ground soon and hopes to finish the project in April or May. Company affiliate Eagle West LLC bought the 9-acre site for $450,000 on Feb 15. Trussville Retail Property LLC sold the land. Source: Birmingham Business Journal

Shorewood Development Group will include a new self-storage facility as part of its $50 million revitalization of the Market Meadows Shopping Center at Naper Boulevard and 75th Street in Naperville, IL. The Lock Up will operate the self-storage business. Other improvements include building a multi-tenant outlet building and reconfiguring the parking lot. Source: Daily Herald

The zoning board of adjustment will hold a March 1 hearing regarding a plan to build a self-storage facility at 256 King George Road, just north of Crown Drive, in Warren, NJ. The township’s environmental commission opposes the plan. Rica Properties hopes to build the business. The proposal needs a use variance because self-storage is not a permitted use in that area.  Source: My Central Jersey

Eagle Self Storage hopes to open a fourth location in Henderson County, at 2310 Asheville Highway in Henderson, NC, near Advance Auto and Stan’s Electronics. The proposal is for seven buildings with a total of 99,330 square feet, including room for regular storage units and those large enough for RVs. Source: Times-News

Jack Huh is leading a $4.5 million renovation of a warehouse complex at 31 Tonawanda St. in Buffalo, NY into a self-storage facility. It’s located at the base of the Scajaquada Expressway off-ramp. The three-story building has 121,261 square feet and sits on a 185-acre parcel. Source: Buffalo Rising 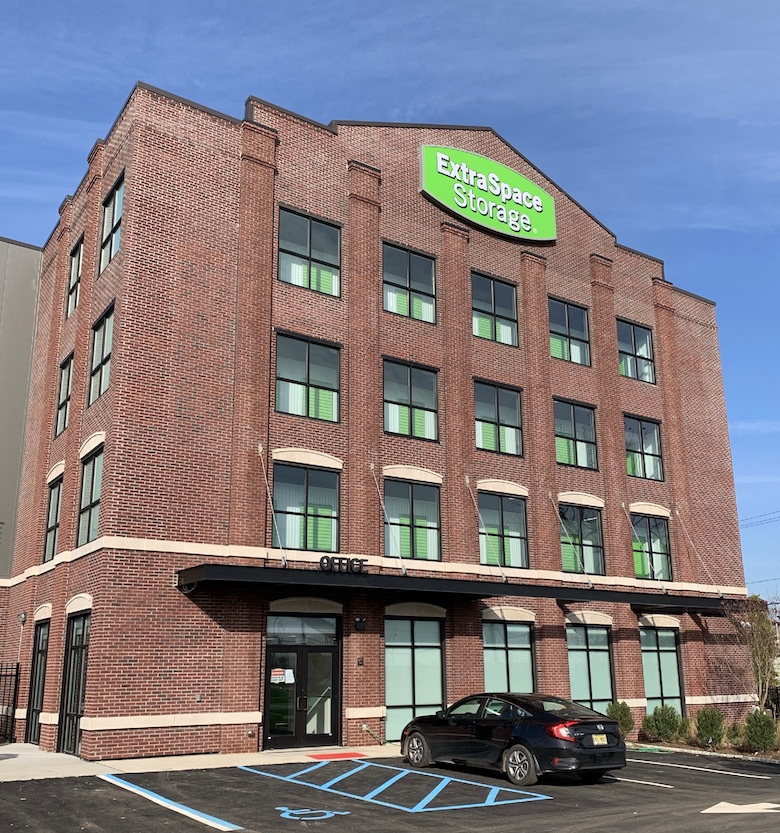 LSC Development and Amenity Self-Storage Holdings opened a 120,613-square-foot, six-story self-storage facility at 4 Bay Blvd., along the boundary of Lawrence and Inwood in Long Island, NY. It’s also at the northwest intersection of Nassau Expressway and Rockaway Turnpike. Life Storage will manage the facility.

Powerhouse Properties Ltd. opened a new, three-story 70,000-square-foot self-storage facility at 207197 Highway #9 in Mono, Ontario, Canada. It has 466 storage climate-controlled units, including 34 drive-up ones. It’s located east of the Orangeville Hospital on Highway #9 beside a Honda dealership. Life Storage Inc. will manage the property.

The Carbondale, CO town board approved the new Carbondale Center Place mixed-use development near Colorado Highway 133 and Main Street. This will include a three-story expansion of the Sopris Self-Storage business. The project will replace the 30,000-square-foot Sopris Shopping Center, including an adjacent self-storage facility to the east. The Board of Trustees will consider final approval of the project on March 23. Source: Post Independent

The city issued a permit Feb. 10 for Rapid Building Solutions LLC to build-out the closed Beach Boulevard Kmart for a drive-thru self-storage at a project cost of $3.36 million.https://t.co/1I9WmiCbi3#JacksonvilleFL

Also in Jacksonville: The city issued a permit Jan. 14 for Ash Construction LLC to build a three-story, 101,900-square-foot building for Atlantic Self Storage at 773 Mill Creek Road in Arlington. The cost will be $759,228. In addition, the city is considering a permit application for a four-story, 107,200-square-foot Atlantic Self Storage project at 11969 Beach Blvd. at Meadowbrook Boulevard that would cost almost $3.3 million. Source: Jacksonville Daily Record

In Framingham, MA, a nearly 6-acre downtown parcel was sold and will be turned into a 127,000-square-foot self-storage site at 71 Bishop St. It will have a three-story building plus three one-story structures. The site is the former home of the Dennison Co.’s downtown campus. The building was demolished in 2018. Public Storage will manage the property, which is expected to open in early 2022. Source: Patch.com

Construction begins March 15 for a two-building, 13,200-square-foot expansion of Watson & Taylor Self Storage at 11712 N. Lamar Blvd. in Austin, TX. The $1.23 million project is scheduled to be finished by Oct. 15. FOW North Lamar LLC is the owner and Bowling Schork Design Co. LLC of Bentonville, AR is the design firm. Source: Texas Department of Licensing and Regulation 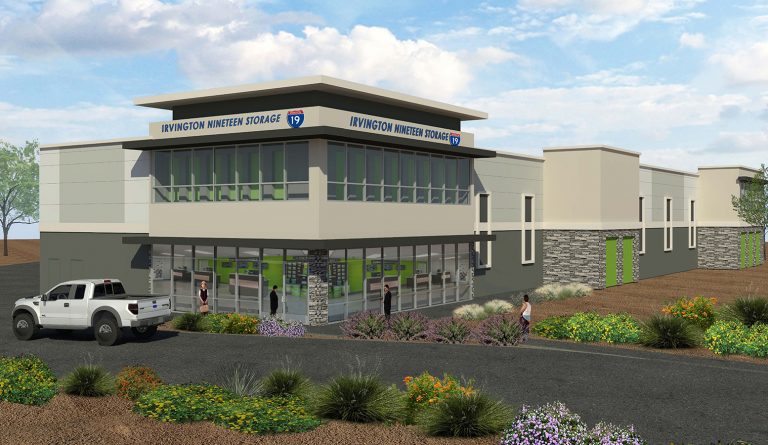 An unidentified developer has purchased a development site in Tucson, AZ. The site at 1760 W. Irvington Road and sits on 3.2 acres, has 98,000 net rentable square feet and will have about 1,100 units.The site was listed for $15 million. Life Storage will be the manager. Bill Alter of Rein & Grossoehme Commercial Real Estate LLC represented the seller. Source: Rein & Grossoehme Commercial Real Estate

A new self-storage facility is proposed at 71 Bishop St. in Framingham, MA following Marcus & Millichap handling the sale of Framingham Development Opportunity, which has 5.74 acres about 16 miles west of downtown Boston.

Strategic Development Group purchased a 1.75-acre site that’s the former home of New York Boiler on Route 309 in Lansdale, PA. It has a 30,000-square-foot building on it, which the buyer will convert into a 70,000-square-foot self-storage building. The three-story project will have more than 500 units. Storage Contractors of York, PA will design and put up the new building. 180 Self-Storage LLC will manage the facility.

PREIT (Pennsylvania Real Estate Investment Trust) has executed a lease for a 90,000-square-foot self-storage facility at the Mall at Prince George’s in Hyattsville, MD. Poverni Sheikh Group LLC will develop the site, its 10th self-storage project in the Mid-Atlantic. It’s expected to open in Q1 2022.  Source: Chain Store Age 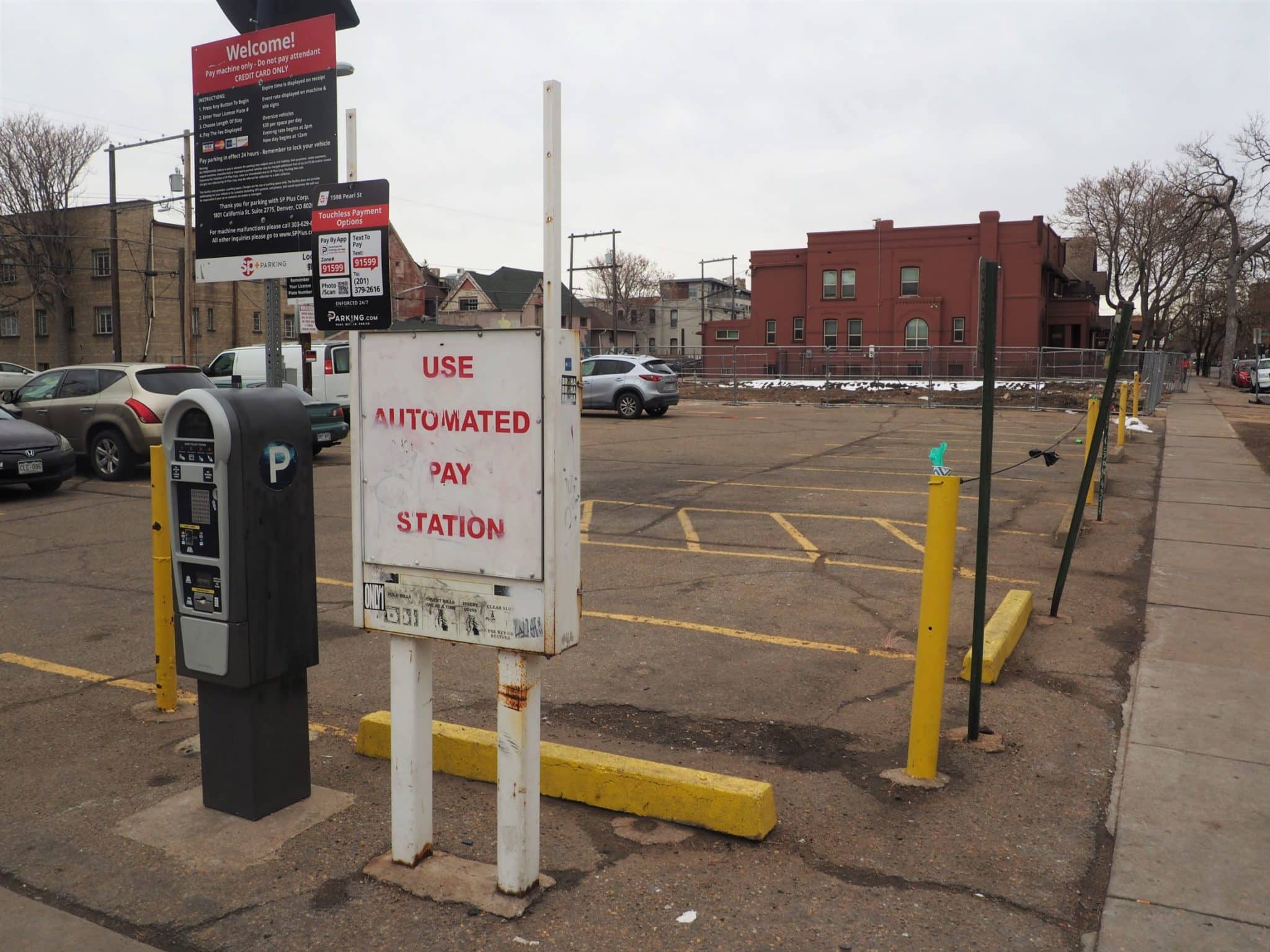 Ventana Capital wants to build a six-story, 144,000-square-foot self-storage facility at the southeast corner of 16th Avenue and Pearl Street in Uptown Denver, CO (pictured above). The first floor would have storage units and about 4,000 square feet of retail or office space to rent out. President and CEO Darwin Horan said Ventana has finished three self-storage sites, most recently a Public Storage in nearby Lakewood, CO. Source: BusinessDen 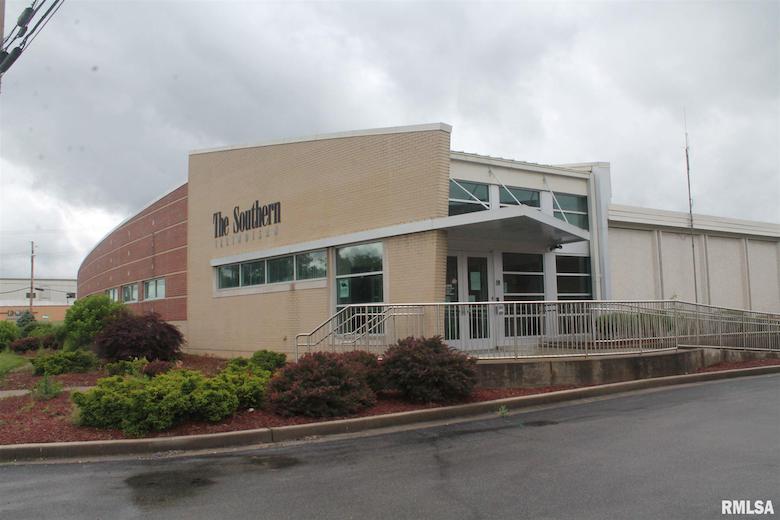 U-Haul bought the former Southern Illinoisan newspaper production building and is converting it to a self-storage building at 710 N. Illinois Ave. in Carbondale, IL. It’ll be called U-Haul Storage of Carbondale and have a one-story building with 48,106 square feet and about 400 indoor units. Climate-controlled units will be available. Source: PR Newswire

The William Warren Group seeks to build a four-story, 77,594-square-foot StorQuest Self-Storage facility at 22 Jersey Ave. in Tenafly, NJ. The developer is asking variances from the Planning Board, which will consider them on March 10. The property currently is home to a two-story, 25,000-square-foot building, with tenants Island Pools and Log Cabin Auto Repair.  Source: northjersey.com

In Georgia, the Braselton Planning Commission plans a Feb. 22 public hearing to talk about a permit for a self-storage facility. The meeting will be held at the Braselton Police & Municipal Court site, 5040 Highway 53. The facility would have 95,000 square feet and three stories, and face Green Street/Ga. 53 and Cherry Drive. Source: Atlanta Journal Constitution

A self-storage facility of nearly 61,000 square feet has been proposed for 7038 Spout Springs Road in Gainesville, GA. It would have space for seven buildings, including a 2,000-square-foot office structure, plus parking for boats and RVs. Source: Gainesville Times

Self-storage would be part of a mixed-use project that would include retail and apartments near Boise Towne Square in Boise, ID. RGJ Cole Road, Kai Pacific, and South Beck and Baird Landscape Architecture applied to build a five-story building at Cole Road and Denton Street, and to include self-storage in part of the ground floor. Source: Boisedev.com

Bob Copper of Self Storage 101 is building a fourth location for Copper Safe Storage, this one at 1500 Tedescki Drive in the Lakeshore area of Birmingham, AL. The $6 million project will have about 544 units, some being climate-controlled, and 70,000 square feet. There also will be 70 to 80 parking spaces for RVs and boats. It is expected to open in the first quarter of 2021. Copper also has locations on Cahaba Valley Road, McCalla Road in Bessemer and Highway 25 in Harpersville. Source: Birmingham Business Journal 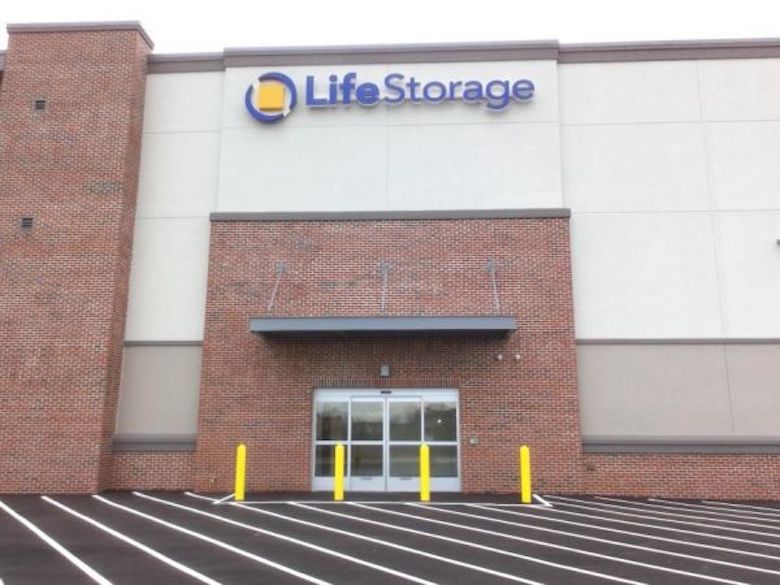 More than 3,000 people signed an online petition opposing a proposed seven-story Big Tex Storage facility on 11th Street near Studewood in Texas’ Houston Heights. It would be one of the tallest buildings in Houston Heights. The project includes demolishing a 1930s church that also was formerly a movie theater.

“As a city with no zoning, we need stronger neighborhood protections,” wrote City Councilmember Abbie Kamin. “While some areas in the Heights have protections through financial districts, historical landmarks, or lot and setback restrictions, the lack of zoning leads to situations like this.”

Thousands of residents outraged by new storage facility in the Heights > #hounews https://t.co/AUCHlTUhdk

“As a life-long Houstonian, I recognize the importance of our properties being an integral part of the unique and diverse neighborhoods they serve,” Bobby Grover, president of Grover Ventures and the developer behind Big Tex Storage, said in a news release.

DXD Capital purchased a 1.7-acre land parcel on West Sahara Boulevard in the Lakes neighborhood of Las Vegas, NV. The self-storage investor and developer plans to break ground in the second quarter on a multistory, 1,100-unit climate-controlled facility it expects to open in Q1 2022. Public Storage will operate it. DXD made the acquisition through its fund, DXD Self Storage Fund I, which it started in September 2020; it is raising $50 million and closed the first round in November.

The former Yarington’s Funeral Home at 10708 16th SW in White Center in Seattle, WA, will become a self-storage facility. The developer, WA SS 16 Ave 20 LLC of Miami, FL, filed a notice with the Washington State Department of Ecology, saying that runoff from construction work would go into nearby Mallard Lake. Source: WestsideSeattle

City officials approved a site plan for A-Metro Self-Storage in Guilderland, NY. It will go where the former Governors Motor Inn was located. The company wants to develop three climate-controlled buildings (one of 6,100 square feet and two others of 10,075 square feet); an 8,700-square-foot drive-up self-storage building; two RV storage canopies, each with 12 stalls, and more. Source: The Altamont Enterprise 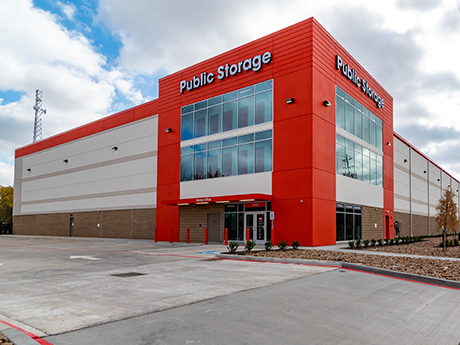 Self-Storage of Texas, located at 158 FM 766, opened in Cuero, TX on Jan. 21. Leland Krauser, John Kolb and Jay Kolb are the owners of the climate-controlled facility. Besides storage units, it also offers indoor and outdoor parking spaces for RVs and boats. Source: Victoria Advocate

In Ohio, the Parma City Council has approved two ordinances regarding new developments, related to zoning and new business regulations – about one year after approving a six-month moratorium on self-storage facilities. “ … from this point forward, any new facility looking to come into Parma  would have to have a one-mile buffer from an existing self-storage facility,” said Erik Tollerup, Parma Community services director. Source: Cleveland.com