There are plenty of headlines on how e-commerce is delivering a death blow to malls and shopping centers. On the opposite end of the spectrum, storage facilities are getting an added boost in demand for space from retailers, both on and offline.

The internet has spawned a new generation of entrepreneurs setting up virtual storefronts that sell just about everything imaginable from hand-knit scarves, custom t-shirts to gourmet dog treats. Those start-ups and small business operators are finding that self-storage is an attractive alternative compared to using their basement or garage, or leasing more expensive commercial real estate.

Wine Crates and Boxes has been renting self-storage space in Clifton Park, NY for the past decade.

“Since the wine crates are very bulky it’s easy to run out of storage space,” Ocaining-Villi said.

The company is an online seller of custom wine crates and boxes that are used for decoration and wine storage. Owner Patrick Ocaining-Villi has a small location for woodworking and shipping, and he handles customer service and other business tasks from his home office.

“The storage option is at least half the cost, with the added bonus of a month-to-month lease term that allows us to scale up and down when needed,” said Ocaining-Villi.

Currently, the company is leasing three, 200-square-foot units. During the fall months, the company has a bigger appetite for storage space as it gears up for its busy holiday season. It typically leases five units or about 1,000 square feet to account for the extra inventory. 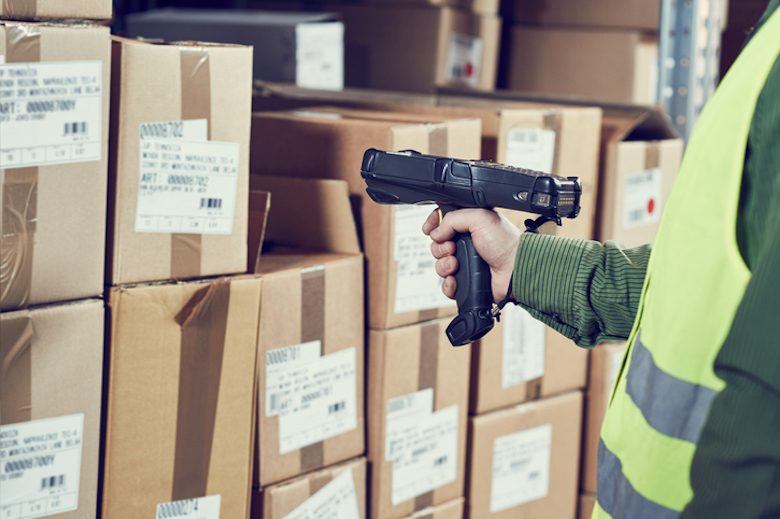 The boom in e-commerce sales is reshaping both the retail and the industrial real estate markets. The National Retail Federation is forecasting that online retail sales will grow by 8 percent to 12 percent this year, which will push annual sales past $427 billion. The distribution and supply chains popping up to serve that growing customer base with fast and cost-effective shipping has produced more demand for warehouse space from major online retailers such as Amazon, Zappos and Wayfair among others.

Self-storage facilities capture storage demand from smaller online players who sell merchandise through their own websites, as well as third party sites such as Amazon and eBay.  Even large public storage companies have taken notice.

“We’ve always had a greater percentage of small business, commercial customers than what is typical, and over the last several years, yes, there has been a bit of an uptick in this area,” said Ed Killeen, chief operating officer at Life Storage.

Killeen attributes part of that demand to the central locations and modern amenities that Life Storage facilities offer that appeal to business customers.

“Self-storage can be a great alternative when space is either limited, or additional storage space provided by a landlord is ridiculously priced,” Killeen said.

More than the “Amazon” effect

Storage operators in urban markets such as Manhattan, Boston and San Francisco, are seeing more demand from brick-and-mortar retailers who are looking to store goods offsite. This helps retailers shrink store footprints and reduce occupancy costs for high-priced retail locations. In Manhattan, for example, asking rents on Fifth Avenue start at $1,200 and run upwards of $2,900 per square foot for prime space, according to Cushman & Wakefield.

The upscale area is home to retailers such as Neiman Marcus, Tiffany & Co. and Apple. The high rents are causing some retailers to downsize stores and lease less expensive storage space nearby to house extra inventory. The “Amazon effect” of just-in-time delivery means that retailers need to keep that extra inventory close by in order to keep stores fully stocked, he adds.

“It’s more than the Amazon effect, it is the impact of technology overall, and more specifically social networking sites on all of us,” said Killeen of Life Storage, “For most people, immediacy is now simply a part of life.”

People are used to getting real time response on everything from news alerts to Snapchat updates on what their friends are doing. People can use apps to do everything from order food to lock their front door.

“When people want something, they tend to want it now,” he says

Beth Mattson-Teig is a freelance business writer and editor in Minneapolis, MN. She specializes in commercial real estate and finance topics, and writes for several national trade publications and business journals.