The self-storage industry is in the midst of a development boom, and the deserts and mountains of Utah are no exception.

There are about a dozen new projects underway in the city, which has a metro population around 1.1 million, the 48th largest metro area in the country.

STOR-N-LOCK Self Storage’s 7 facilities and other facilities in the Salt Lake market have seen occupancies steadily grow year over year since 2013. See below for occupancy trends since 2013:

Part of the reason for these occupancies increasing year over year is Utah continues to see phenomenal population growth. In fact, according to the U.S. Census Bureau, Utah is the nation’s fastest growing state.

Accordingly, many of the new facilities planned and being built in Utah are in the Southern end of Salt Lake County and the Northern end of Utah County. In all, there are approximately 12 self-storage facilities in the prospective, planned, or construction stage in the Salt Lake market.

Despite the population growth, especially in the aforementioned cities, overbuilding is still a huge threat. Like many real estate products thinking there’s no end to the growth and overestimating the demand could lead to an oversaturated Salt Lake market.

Operators looking to navigate the market in Salt Lake should follow what STOR-N-LOCK Self Storage has done with all our Utah sites–make sure to be very selective when picking sites and fit your facility sizes to the market.

If this growth continues there might be opportunities for more self-storage development, however, take care to be selective with your prospective sites and take an adequate look at the other planned facilities so we can avoid oversaturating the market. 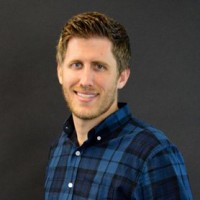 Matt is the Online Marketing Manager for STOR-N-LOCK Self Storage. The company opened its first facility in Utah in 1979 and has since expanded to become one of the top operators in the U.S with more than 22 locations in Utah, Colorado, California, and Idaho.
Website