The on demand storage wars are heating up.

Here is a breakdown of the deal’s various moving pieces:

“Iron Mountain provides a massive global storage footprint, along with decades of operational experience. When combined with our industry-leading proprietary technology, customer service and scalable go-to-market strategy, we have the opportunity to be operationally superior to competitors and exceed consumer demand for hassle-free storage,” said MakeSpace CEO Rahul Gandhi in a statement.

MakeSpace says that it has increased revenues by an average of 117 percent per year, over the last three years. 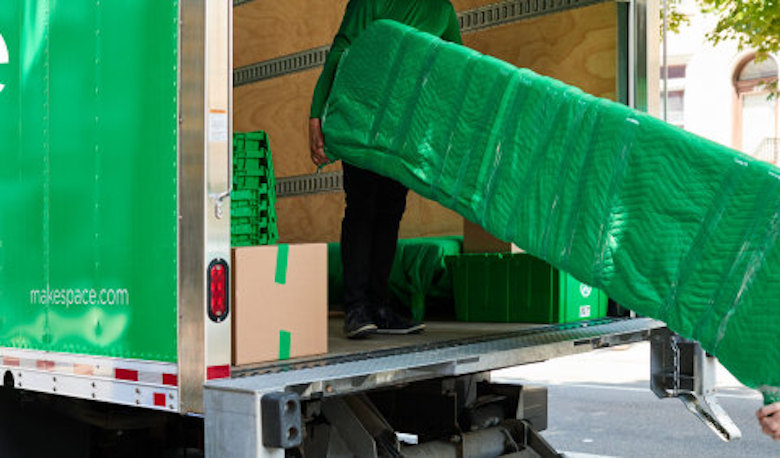 A showdown in the making

Founded in 2013, MakeSpace is one of the leading companies in the on demand storage industry, which promises to make storage more convenient for car-less, tech-obsessed urbanites. MakeSpace customers can use the company’s app to schedule pick up and delivery of items they want to store, and also access a photographic inventory of their stored items. Pricing is based by cubic foot per month, and requires a three-month minimum.

MakeSpace’s deal with Iron Mountain comes less than a month after its biggest competitor, Clutter, announced a funding round of $200 million led by SoftBank Vision Fund. Clutter said it would use the new funding to help reach its goal of operating in the top 50 markets in the nation, but it would first “double down” on operations in its current market of eight cities.

While Clutter has a leg up on funding ($297 million to date), the partnership with Iron Mountain has allowed MakeSpace to leap frog its competitor when it comes to the number of operating markets. While both companies will soon be competing head-to-head in a number of markets, the real showdown to watch could be the one between them and the traditional storage sector.

Both companies, along with dozens of smaller companies across the country, are vying for a piece of the $38 billion self-storage industry. The push by the full-service storage sector to expand coincides with historic levels of construction for the traditional self-storage sector. Meanwhile, as MakeSpace points out, the average size of new apartments in the U.S. shrunk by five percent. The growth in both sectors provides space-constrained customers with plenty of options to choose from.

So far, traditional operators have been largely unfazed by the advent of pick-up-and-deliver storage operators. A major advantage self-storage facilities have is that customers can access their items onsite whenever they need to, while full-service customers have to wait up to two days to have their items dropped off to them. Storage facilities also benefit from having highly visible locations, while one of the full-service sector’s biggest challenges has been generating awareness.

But the latest moves by Clutter and MakeSpace put both companies on stronger footing than ever before. As more capital and institutional backers follow, the on-demand storage industry grows ever closer to becoming a serious competitive threat to traditional self-storage.