This post is an archive of self-storage development news from March 2021.

A nearly four-year battle over allowing a 630-unit self-storage facility to be built in Warwick, RI continues. The Planning Board voted 5-2 against giving preliminary approval of the project to developer PRW Holding Co.; the latter planned an appeal to the Zoning Board of Review.

The project has been proposed for Pond Plaza on Post Road. It would include partial demolition of a shopping plaza and a three-story building overlooking Sand Pond.

PRW Holding claims the site would have minimal impact on  traffic compared with other developments, improve storm water runoff into the pond and use landscaping to render it non-intrusive.

Opponents say the planned 38-foot-high building “would be a scar on the environment” according to the Warwick Beacon. They also fear that chemicals stored in the units could wind up in the pond.

The companies behind the Carpet Exchange store in Fort Collins, CO, are suing the city and Pittsburgh, Pa.-based Guardian Self Storage, seeking to stop the building of a new storage site along South College Avenue. Source: BizWest

Is it a park or a residential area? That’s at the crux of a battle in which Save It All Self-Storage LLC has proposed building storage units on undeveloped land in Port Charlotte, FL. It would be built on part of a 12-acre site behind a Florida Power and Light substation. Save It All has no renderings or detailed site plan; first, it needs a “future land use” change from “parks” to “commercial. Source: SUN Port Charlotte

Extra Space Storage hopes to expand its facility in Germantown, TN, adding a two-story building of about 29,600 square feet at 121 Madison St. Memphis, TN-based Premier Storage Investors owns the 1.4-acre property and operates the self-storage business through an agreement with Extra Space Storage. PSI will ask for a zoning change at the April 22 Metro Planning Commission meeting. Source: Nashville Post 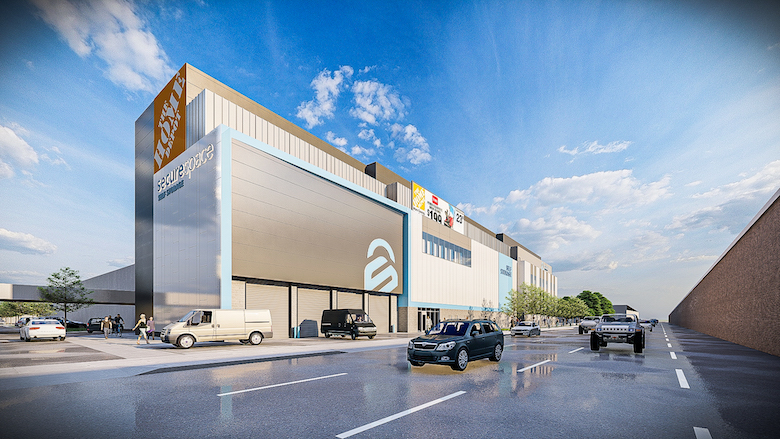 InSite Property Group purchased a development site in Queens, New York. It will have a SecureSpace self-storage facility with 102,500 net rentable square feet and more than 1,400 units (pictured above). The site will have frontage along the Long Island Expressway and will be next to a newly finished Home Depot. Source: InSite Property Group

Baranof Holdings of Dallas, TX, is building a five-story, 1,631-unit, 91,1909-square-foot, climate-controlled self-storage facility at 868 Queen St. and 841 Kawaiahao St. in the Kakaako neighborhood of Honolulu, HI. Another building will have about 13,000 square feet of ground-floor retail space. U.S. Pacific is the contractor. Baranof took over the 30,000-square-foot property, formerly home to Discount Storage and U-Haul, in September 2018 via a 60-year ground lease with Hawaiian Securities and Realty LLC worth $18.87 million. Source: Pacific Business Journal

Right across the street from an existing Public Storage. Learn about this new project and what this means for the existing location that backs up to the Warner Street District. https://t.co/PCjw7l26RK

Public Storage plans to add a second facility near the Horseshoe Casino Baltimore, in the Carroll-Camden Industrial Area. It’s building a five-story, 940-unit facility on the 1500 block of Ridgely Street. Construction began last fall. Public Storage bought the land from Beyond Self Storage and has a facility across the street at 1415 Russell St. Source: SOuthBmOre.com 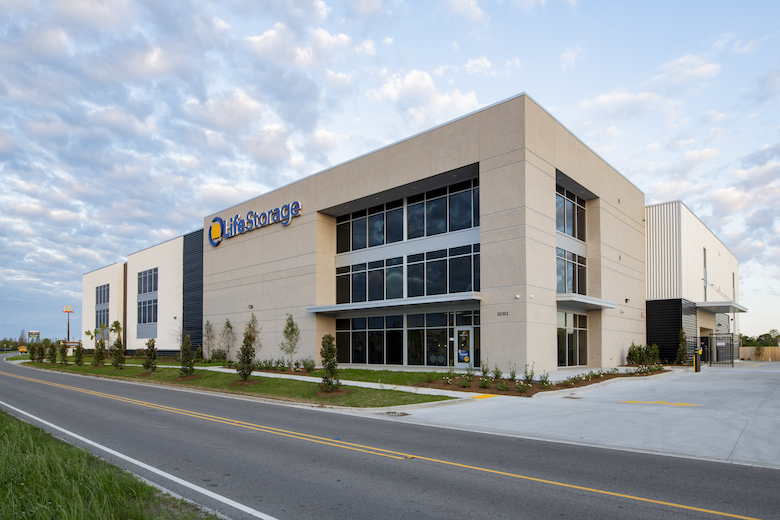 The Hills Self Storage climate-controlled buildings opened in Custer and Spearfish in South Dakota. The Custer site is a 26,000-square-foot building on 3 acres located at 1135 Mount Rushmore Road on US Highway 16. The Spearfish facility is a 52,000-square-foot location on 6 acres fronting Interstate 90 at 125 Industrial Drive.  Source: NewsCenter1

U-Haul bought the former Shopko store at 405 Cottonwood Drive in Winona, MN, which has 84,540 square feet, on March 1, and U-Haul Moving & Storage of Winona has opened a temporary showroom there with truck and trailer sharing, towing equipment and moving supplies. Next, it will put up hundreds of indoor climate-controlled storage units.  Source: PR Newswire

A new self-storage facility may be in the works in West Columbia, SC. U-Haul, through its retail subsidiary AMERCO Real Estate Co., may be finalizing a deal for a 12-acre site that’s home to a former Kmart property on Charleston Highway. U-Haul would renovate the nearly 100,000-square-foot building to contain storage units. Baker & Baker Real Estate currently owns the building. Source: Post and Courier 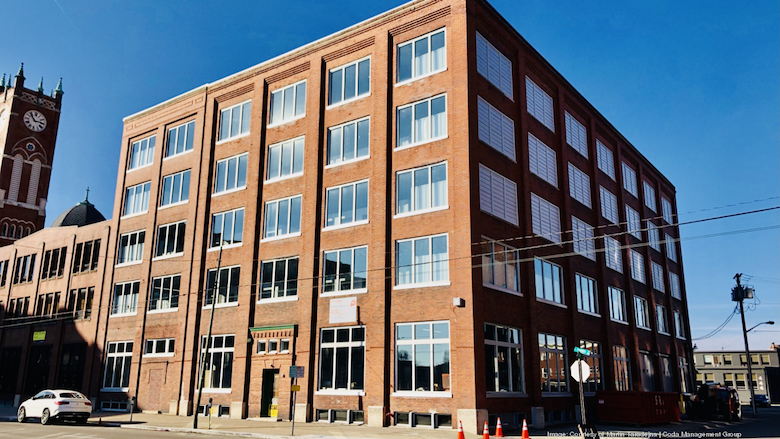 Absolute Storage Management will manage a new self-storage facility in downtown Dayton, OH. Coda Management Group of Northbrook, IL spent about $2 million to purchase and convert a vacant building at 535 E. Third St. into a self-storage facility with about 90,000 square feet and more than 700 units. It also has about 1,5000 square feet of space on the first floor for a potential retail tenant. Source: Dayton Business Journal

A climate-controlled self-storage facility may replace the former Strack & Van Til site off Taft Street in Merrillville, IN. DG Properties Taft LLC, which owns the plaza that once housed the grocery store and that plans to spend about $41.5 million to rework the 67,000-square-foot building, has asked for a variance that would allow a storage facility at the site near 73rd Avenue and Taft Street. Source: The Times 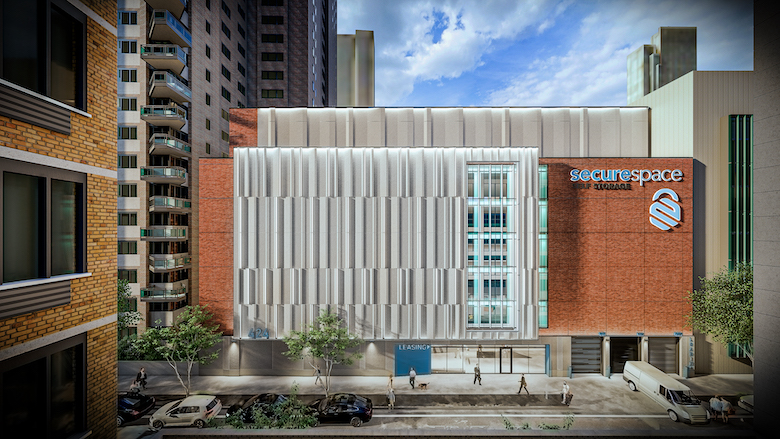 InSite Property Group entered into a ground lease to build a new self storage facility in the Upper East Side of Manhattan, NY. The site is located in an ultra high barrier to entry market with over 200,000 residents and average income of $175,000 within 1-mile of the property. The development will include a new 80,000 net rentable square foot SecureSpace self-storage facility.

The Dominus Cos. hopes to start building at least the first phase of a 225,000-square-foot self-storage project at 5750 Baseline Road in West Roseville, CA. It would be within the city’s Sierra Vista specific plan. The first phase would have about 100,000 square feet of units plus 94 parking spaces for RVs and boats. The facility also would include an office and manager’s residence. Source: Sacramento Business Journal 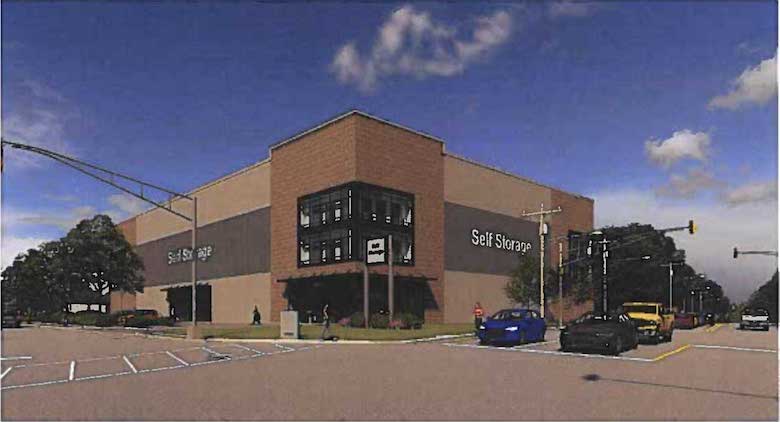 Ivy Hill Section I LLC has applied to the City of Newark, NJ to build a four-story, 121,828-square-foot self-storage facility at the corner of Irvington Avenue and Manor Drive, next to Ivy Hill Park Apartments. Source: Jersey Digs 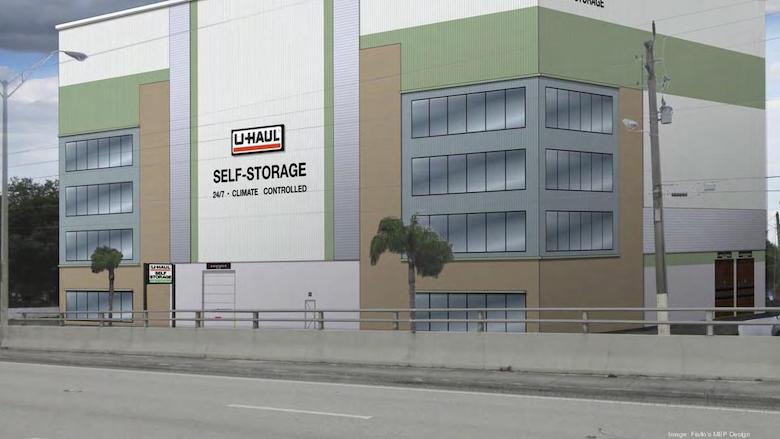 U-Haul hopes to build a self-storage facility north of the Fort Lauderdale-Hollywood airport at 1800 W. State Road 84. The site is next to an existing U-Haul truck rental location. The $8.2 million project would put up a six-story building with 132,984 square feet, 1,027 units and 27 parking spaces. Source: South Florida Business Journal

Exit 9 Self Storage is for oenophiles, offering 25 lockers for wine storage. They’re kept at a year-round temperature of 55 degrees, with humidity between 50% and 70%. The Equinox Cos. built the $5 million, 244-unit facility at 101 Sitterly Road in Clifton Park, NY. Equinox plans to build a second phase that will add about 250 more storage units this year. Source: Exit 9 Self Storage

No more calling out numbers and letters at the 30,000-square-foot Schenectady Bingo Palace near Upstate New York’s Niskayuna. A moving and storage company has purchased the building.

The structure, at 1868 State St., is a former furniture store that became a bingo hall in the mid-1990s. Ricky Ramsey, co-owner of A-Metro Self Storage, is investing about $300,000 to renovate the facility to hold 300 units. The family-run company has nine self-storage businesses in the region.

The site has room to build another 15,000 square feet of storage, and there also will be room for RV and boat parking.

MD Energy Advisors of Baltimore, MD provided a $3 million CPACE (commercial property-assessed clean energy) loan for the conversion of the former Port City Press printing facility at 1323 Greenwood Road in Pikesville, MD. The site has 177,000 square feet. Garver Development bought the facility in 2020 and plans to convert about two-thirds of the building for a Self Storage Plus store, and storage for cars and RVs. The rest of the space, about 32,000 square feet, is for light industrial and warehouse purposes. MD Energy also plans to build about 15,000 square feet of drive-up storage units on an existing parking lot. Source: REBusiness Online

Though the Chapel Hill, NC Town Council voted 5-3 in favor of a redevelopment project at 1200 Martin Luther King Jr. Blvd. that would include a multistory self-storage building, the proposal still requires a two-thirds majority for passage. The project also calls for redeveloping the Marathon Service Station, which is not operating, and the Tar Heel Mobile Home Park. A convenience store also is in the mix. Stackhouse Properties is the developer. The final reading and vote is scheduled for March 10.  Source: Daily Tarheel

The former Kmart building at 2500 Lincoln Way E in Massillon, OH may be sold and converted into a self-storage facility. Plans also may include retail shops, restaurants and offices. RCG Ventures LLC and Stein Investment Group, both of Atlanta, GA, have joined to create RCG-Stein, which may purchase the former Kmart, which has 105,000 square feet. They’ll need a zoning change from general business to light industrial on a section of the property. The Massillon Planning Commission next meets on March 10. Source: The Independent

The Stein Investment Group proposes to repurpose the former AT&T office building at 31100 Plymouth Road in Livonia, NH into a climate-controlled self-story facility with about 700 units. The plan is to place the units in the western part of the structure. The city’s planning commission has reviewed the project, and the City Council is up next. Source: Hometown Life

Self Storage Plus has opened two storage sites, with one at 15345 John Marshall Highway in Haymarket, VA and the other at 5901 Blair Road NW in Washington, D.C. In Haymarket, it will manage a four-story, 97,600-square-foot building with climate-controlled and drive-up units. An affiliate of Arcland Property Co. owns the property. The 12.46-acre site also will become home to a quick-service auto repair shop, a national convenience store and other retail uses. The DC facility is at the corner of Blair Road NW and Oglethorpe Street in Manor Park. The four-story structure has 105,000 square feet for climate-controlled and drive-up units. Lock 7 development and Adler Financial Group own the property. Source: Self Storage Plus

InSite Property Group bought a development site (pictured above) on the Hawaiian island of Oahu. A 91,690-net-rentable-square-foot SecureSpace will be built with more than 900 units, with frontage along Interstate H-2. There also will be 20 boat and RV parking spaces. The facility is scheduled to open in Q4 2021. Source: InSite Property Group

A rezoning to “special business” was approved for Grand River Old 23 LLC, which seeks to develop a parcel at 9984 E. Grand River in Brighton Township, MI. Steve Samona owns the site. The Planning Commission and the Livingston County Planning Department both approved the project. Source: WHMI 935FM