Eagle Land LLC hopes to include 100,000 square feet of self-storage in The Enclave, a development that would include one- and two-story commercial/retail buildings and 84 single-family lots in Memphis, TN. The DeSoto County Board of Supervisors on April 19 tabled consideration of the project for 30 days. Source: Memphis Business Journal

Aspen Park Self Storage is nearly doubling its size by adding 14,500 square feet to its Conifer, CO site west of Denver. Source: Inside Self-Storage 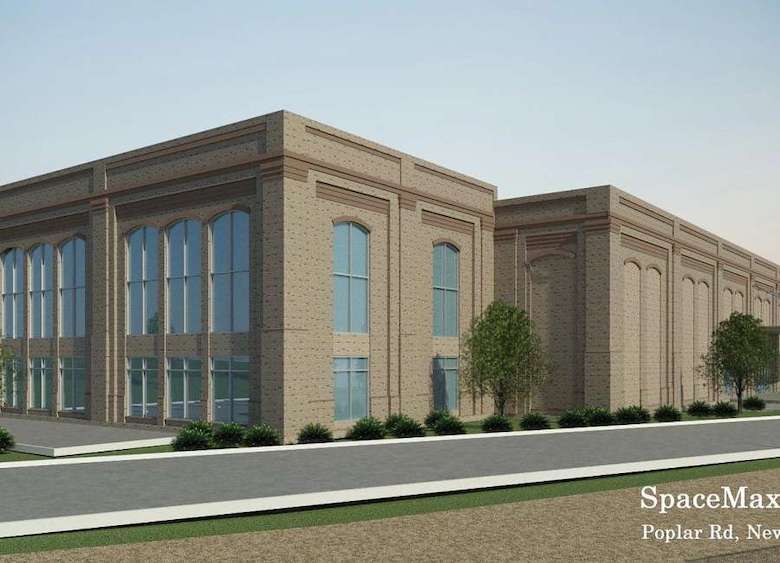 In Georgia, the Coweta County Board of Commissioners approved a  rezoning from rural conservation to heavy commercial, and that will allow developer Childress Klein Inc. to put up a storage facility fronting Poplar Road along the Interstate 85 southbound off ramp and Poplar Road. The site has three tracts, at 520, 536 and 552 Poplar Road. The building on the front end will be for indoor storage and have 102,000 square feet. Source: The Newman Times-Herald 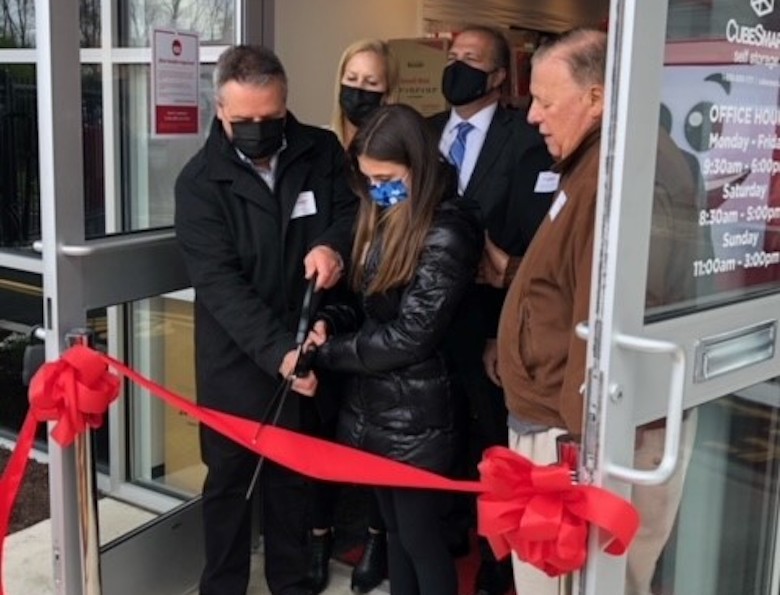 Horizon Road Self Storage LLC opened a 40,275-square-foot self-storage facility March 18 at 231 Ranch Trail in Rockwall, TX. It is located north of the intersection of Horizon Road and Ranch Trail, near the Buffalo Creek community. Phase One has 288 units (132 drive-up and 156 climate-controlled), all in one-story buildings. Phase Two will add 287 units, resulting in a total of 575 units and 89,975 square feet of rentable space. Life Storage Inc. will manage the facility.

ADEVCO Corp. and WePartner opened a three-story, 684-climate-controlled unit self-storage facility at 7112 Peachtree Industrial Blvd. in Peachtree Corners, GA. It has 97,869 square feet, of which 71,530 are rentable. Life Storage Inc. will manage the property.

Virginia Varsity Transfer & Self Storage recently opened Varsity Park, a self-storage facility, near the River’s Edge Sports Complex in Roanoke, VA. It has more than 500 storage units, as well as a 1,000-square-foot event space called the Field House, five SkyBoxes, the Centre Court meeting room and a fitness facility. Source: The Roanoke Times 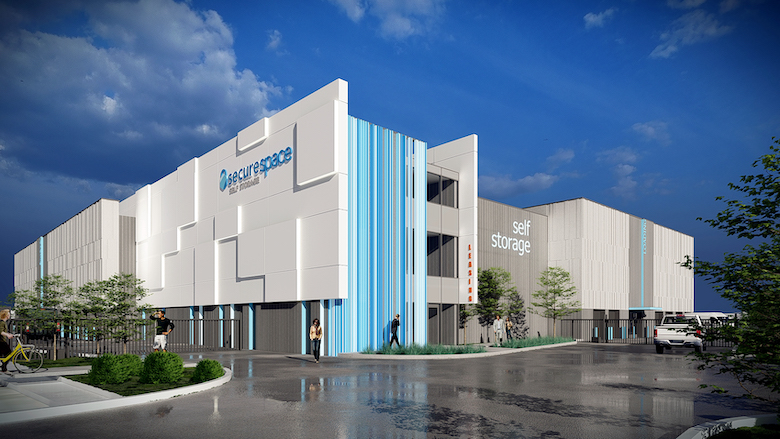 InSite Property Group bought a 3.5-acre site at the intersection of South Alameda Street and Firestone Boulevard in Los Angeles, CA. It intends to build a 121,000-net-rental-square-foot, climate-controlled SecureSpace storage facility with more than 1,200 units. There also will be two retail spaces. Source: InSite Property Group

The Morristown Planning Commission voted 9-0 to reject a  request to change a 5.84-acre lot from residential to commercial for self-storage purposes at 625 North Bellwood Road in Morristown, TN. Still, it will go forward for consideration by the Hamblen County Commission. Source: Citizen Tribune

Provemi Sheikh Group LLC and PV Asset Management, both of Baltimore, MD, would like to build a self-storage facility and a restaurant on 2.83 acres at the former Aldi store on Woodbourne Road in Middletown Township’s Levittown section in Pennsylvania. The developers seek eight variances from The Middletown Township Zoning Hearing Board. Source: LevittownNow.com

The City of Cape Girardeau, MO issued building permits to U-Haul, 778 Progress St., for the next phase of self-storage lockers, a $350,000 project, and to Fronabarger Concreters Inc. for two projects, estimated cost $570,000, at Safe Spot Self Storage, 190 N. Broadview St. Source: Missourian.com

Tiptonia Partners LLC of Indianapolis, IN purchased a former  Kroger supermarket at the corner of Central Avenue and National Road in Columbus, IN for $3.6 million and plans to replace it with a two-story Extra Space Storage facility. No site plan has been submitted yet. Source: The Republic

Owner Chris Weiss of Crest Auto World in Redstone, NH, has proposed to build six storage buildings totaling 34,800 square feet next to the dealership, which is at 802 Eastman Road. They would house about 260 self-storage units. The Conway Planning Board will hold a site-plan review on April 22. Source: Conway Daily Sun

Mark Saliterman, chief managing partner for Westrock Shopping Center, plans to open a climate-controlled indoor self-storage business in the shopping center at 8900 Walnut St. in Rockford, MN. The Rockford City Council recently approved his request for an amendment to the planned unit development for the shopping center. Saliterman hopes to open the business in about two months, if he can get enough metal for the project. Otherwise, the opening could be delayed until late 2022. Source: Press & News

In Wisconsin, the Beloit Plan Commission has recommended that the Beloit City Council approve a conditional-use permit request, made by Miami, FL-based Larkspur Acquisitions, for a possible self-storage site. Larkspur would convert the former Shopko building on Prairie Avenue into a large self-storage facility. The building has been vacant since May 2019. Source: Beloit Daily News

Tower Storage is planned for Tucson, AZ. The development would have one four-story building with 100,000 square feet net and about 1,200 units at 6335 E. Tanque Verde, adjacent to Mr. Carwash and south of Costco. It’s on the site of a former Hooters restaurant. The builder is submitting the project plan to the City of Tucson. Construction would begin in the fall. Source: Rein & Grossoehme Commercial Real Estate LLC

U-Haul, following its purchase of a warehouse at 618 Capitol Ave. in Hartford, CT for $1.1 million, plans to renovate the property into a self-storage facility called U-Haul Storage of Capitol Ave. U-Haul Moving & Storage, located nearby, will operate it. The property formerly was the longtime home of Capitol Archives and Record Storage. Source: Hartford Business Journal

Miller-Valentine Group and Coastal Storage Group, based in Charleston, SC, have started building a three-story, 475-unit, 100,300-square-foot climate-controlled building for self-storage in East Knoxville, TN, near the intersection of Interstate 40 and Rutledge Pike. It’s scheduled to open in spring 2022, with Extra Space Storage managing it. Miller-Valentine Group is a design-build construction and development company. Source: Coastal Storage Group

Northlake RV & Boat Storage has opened with 350-plus rental units for outdoor storage in Northlake, TX. It’s located near Cross Timbers and I-35W, near the Texas Motor Speedway. The facility is designed for RVs, boats, cars, trailers and other approved vehicles. Source: EINpresswire

Personal Mini Storage has rebuilt after tornado damage suffered last August and held a grand reopening on March 27 at 800 N. Spring Garden Ave., near DeLand, FL. The tornado severely damaged two buildings that housed 60-plus tenants and the roof on the resident managers’ apartment was destroyed. It was the first day on the job for Lisa and Steve Venable. Source: The West Volusia Beacon

Lucky Storage in South City has filed an application with the Board of Adjustment in Memphis, TN. Eric Criswell seeks a variance to allow the business to occupy multiple vacant buildings in the block bounded by G.E. Patterson, South Fourth, Hernando and Saint Paul. The property addresses are 325 G.E. Patterson, 543 S. Fourth and 334 Saint Paul. Lucky Storage would spend about $4 million on renovations and provide about 50,000 square feet of climate-controlled storage. Barry Holbrook of BSH Properties is the property owner. Source: Daily Memphian

In Wisconsin, the Waukesha Plan Commission and the Common Council will consider a request to allow for self-storage in the former Kmart space, which has 60,000 square feet, at Sunset Crossings. The applicant has proposed using 53,000 square feet for a self-storage facility and also to create two 2,500-square-foot retail slots. Source: gmtoday.com

Montfort Capital Partners of Dallas, TX, plans to add a climate-controlled building this year now that it has bought A3 Storage Centers, a 494-unit facility in Cedar Park, a northern suburb of Austin, TX. The property has 48,235 net rentable square feet.  Source: REBusiness Online 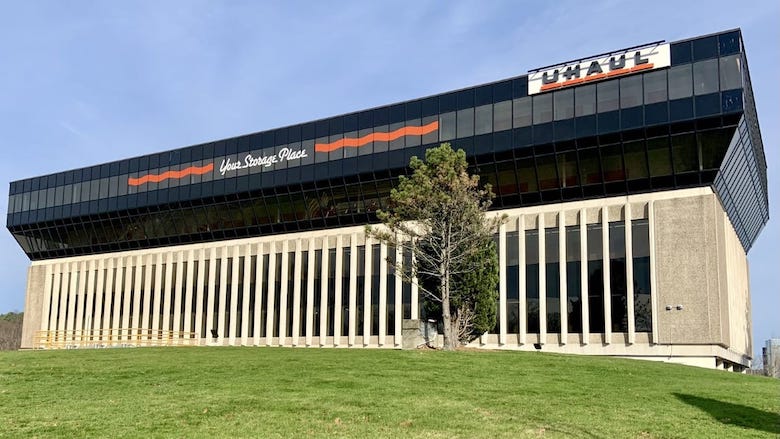 Flippens Secured Self Storage opened April 2 at 208 Creative Way in Post Falls, ID. It has 188 units on 687 acres, including 133 for RVs, 62 for boats and 12 for cars. The owners are Adam and (son) Mason Flippen.  Source: Post Falls Press