Talonvest Capital wants to further strengthen its East Coast business – and thinks it’s found just the man to do it.

In April, John Chase, a long-time executive at Boston’s Tremont Reality Capital, joined the Irvine, CA-based Talonvest as senior director of business development to be based out of the firm’s new Annapolis, MD office.

A 14-employee boutique mortgage brokerage firm serving self-storage and commercial owners throughout the United States, Talonvest Capital has been on a tear of late, securing about $1.3 billion in financing for clients over the past 24 months. Most recently, it helped negotiate $116 million in financing of ASB Real Estate Investments’ stabilized Self-Storage Portfolio I through a three-year, floating-rate loan provided by Invesco Real Estate.

Chase, who has worked in self-storage finance for decades, recently spoke with the Storage Beat about Talonvest’s East Coast plans and industry activity in general. 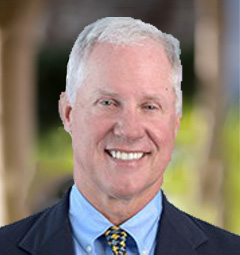 Storage Beat: What is the reason to open an East Coast office?

John Chase: Talonvest has been successfully structuring capital solutions for storage and commercial owners throughout the U.S. for a long time. About 50 percent of the properties the company financed over the past decades has been in the eastern half of the country. By establishing a full-time, physical presence in the east, the firm is going to more effectively service existing clients while developing new business opportunities and relationships. That’s the focus. To add to that, having been born and raised in the Washington, D.C. area and spending a large portion of my career operating in the East Coast region, I have a very detailed familiarity with the East Coast.

What is self-storage deal activity in the East Coast like compared to other parts of the country?

I’d say deal activity in the East Coast market is really robust. With the product’s strong fundamentals – its yield profile, its historical outperformance during down economic cycles – it’s resulted in a strong level of activity throughout the country. And we’re seeing strong levels of activity from New England to the Southeast and everywhere in between.

Is there any area of the East Coast you particularly like in terms of self-storage – and why?

You’re going to obviously look at the urban cores, from D.C. to Philly to Jersey, up through New York and New England. You can almost say that’s one large MSA. Then there’s Charlotte, Atlanta, Tallahassee, Jacksonville, Orlando, Miami. But don’t put out some of the secondary markets in between, where there’s still plenty of debt and equity interested in those locations, as long as the deal size is large enough.

How is the self-storage development side of business going? It slowed during the pandemic. Is it recovering?

I’d say the development of new self-storage or re-purposed buildings for self-storage is very strong right now. Talonvest’s 2021 construction activity has rebounded from what was a lull in 2020. And it’s likely to result in a new record level in 2021. Our clients have found attractive development and acquisition opportunities in New York, Massachusetts, Pennsylvania, Florida, Georgia and the Carolinas.

I would say rising costs are certainly impacting development yields, although not enough to impact the construction pipeline, at least for now. A recent survey indicated about 88 percent of the industry expects increasing material and labor costs in the coming 12 months. While the steep decline in development yields has been mitigated by cap rate compression in the storage sector, the big question now is how tight can the spread get before it causes a slowdown in development.

Where do you see the market in a year, assuming we partly put the pandemic behind us?

The self-storage industry saw growth in occupancy and rental rates over the past year during the pandemic. Based on the rapidly rising economy that we’re seeing – with people relocating, demand for second homes increasing, demand for new housing increasing, the increasing level of storage usage and institutional capital’s desire to invest in the sector – we see more growth for the self-storage industry in the coming year.