Cameron Smith’s son is not yet 2 months old, but already has his first movie credit. His star turn just may help his parents grow their fledgling business, SquirrelBox Valet Storage, in Colorado and eventually in other states.

“My knees went a little weak and I was at a loss for words” said Smith, 30, about winning the top prize.

The Smiths -– wife Lindsey, a registered nurse, is the family’s main bread winner for now -– will use the money to improve the inventory management system and expand their digital marketing.

SquirrelBox is yet another entrant in the emerging full-service storage industry that seeks to capture customers who find traditional self-storage too inconvenient or too expensive.

SquirrelBox delivers empty plastic boxes to customers, then picks them up and stores them in a North Denver warehouse that charges the Smiths $6.50 per square foot annually. SquirrelBox customers pay $7 a month for each box, which measure 27-by-17-by-12.5 inches. SquirrelBox also will store items that are too big for the boxes, such as skis, tires and kayaks, for $7 per item monthly.

“We’re your extra closet,” Smith said. “You don’t need a whole unit, but you don’t want your bicycle out in your living room.”

SquirrelBox services about 50 customers at the moment, with each one storing about five boxes monthly. There’s room for 200 customers total.

“Once we reach those numbers, we’ll make a strategic decision whether to find our own space where we can lease, or to stay where we are and maximize it,” Smith said. 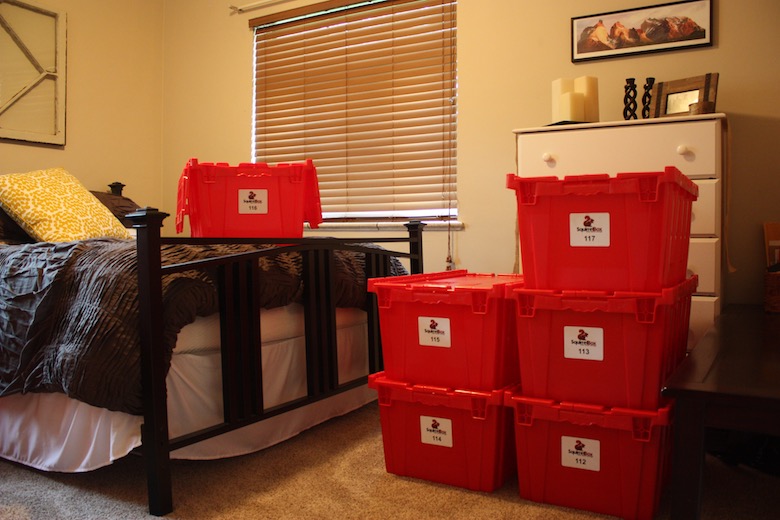 What to do with snow tires?

The SquirrelBox idea was born when the Smiths, who had put snow tires in a guest bedroom, decided to store them instead.

“I couldn’t find a place that was close and for less than $80 a month,” Smith said. “That was ridiculous.”

Smith said that’s when he and his wife started researching the industry.

“We checked the competitive landscape in Colorado and thought there definitely was the market to serve more people with small-scale storage needs and with a really convenient service.”

Smith honed his organizational skills by serving for about five years as an Army logistics officer for a helicopter battalion. His duties included such work as procuring and installing aviation fuel as well as vehicle maintenance.

“I love logistics, and in launching SquirrelBox, I thought I would have a really competitive advantage with my experience in the military,” Smith said. “I’ve done some of this before.” 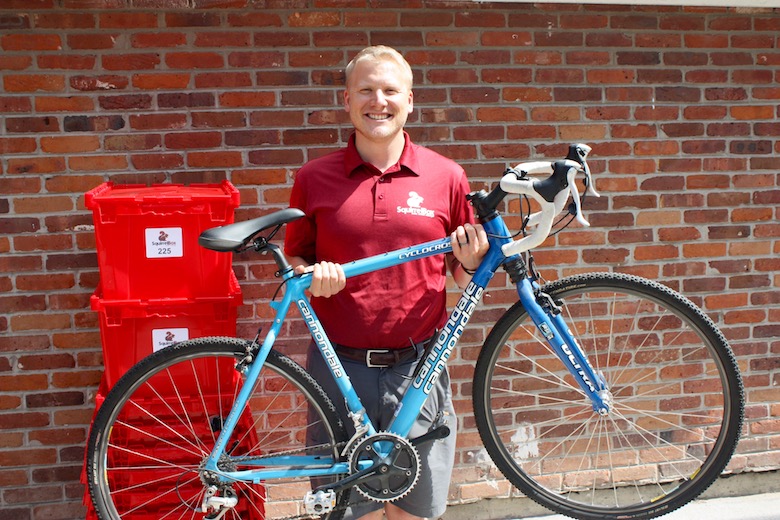 Smith sees the self-storage giants as potential friends, not necessarily foes. He refers business to them if a customer needs more than what SquirrelBox can offer, and says that some return the favor.

He noted that well-heeled storage companies such as Clutter and MakeSpace prefer to service large coastal cities.

“We feel there’s a market gap for those that live in the middle of the country” he said. “Colorado is a great place to start because people have a lot of equipment and it’s important to them, but they just don’t need it year-round.”

Thus he sees SquirrelBox expanding to such markets as Kansas City, Portland, Seattle, Atlanta and other metropolitan areas, “anywhere people are living in small apartments,” he said.

Smith has an ambitious outlook. In the meantime, the company’s recently won funds will help insure their viability, at least for the near term.

“We haven’t taken any outside money, and this gives us some breathing room to expand our marketing efforts and expand the number of customers to maintain a good cash flow and fund future expansion.”