The recent earnings reports released by the publicly traded self-storage REITs provide an up close look at how the self-storage industry has been affected by the COVID-19 pandemic and response.

For the most part, self-storage operations remain resilient with same-store earnings and revenues up year-over-year during the first quarter of 2020 at Extra Space Storage, Life Storage and CubeSmart. All three companies reported earnings last week.

However, due to continued uncertainty, all three have pulled their guidance for the rest of the year. Public Storage, the largest of the storage REITS, reported earnings the previous week. While it doesn’t issue guidance, Public Storage said it expected reductions in same-store NOI through the end of the year—after reporting a 0.1 percent increase for the first quarter.

All three REITs reporting last week indicated some potential signs of further deterioration in April with new move-ins falling, vacancy rising, and collections going more slowly. The storage REITs have all suspended auctions and other collection activity, which has created a drag on their revenue for the time being. But the REITs are expecting to gradually resume auction activity and rate increases as stay-at-home orders are lifted.

Here’s a closer look at each of the storage REITs that reported last week:

Salt Lake City, UT-based Extra Space Storage reported same-store revenue was up 1.9% and same-store NOI was up 1.2% compared to the same period last year. Total revenue reached $332.5 during the quarter.

“We are confident that our balance sheet, portfolio, and operating platform are all prepared to navigate this uncertain landscape,” said CEO Joe Margolis.

The company reported impacts from COVID-19 including a reduction in new rentals and a rise in move-out activity during the second half of March when stay at home orders went into effect. That led to a lower than anticipated quarter-end occupancy of 91.3%, down one point from last year.

The company also reported during its earnings conference call that move-in rates for new customers was down 10 percent compared to the previous year. While the company suspended rate increases in mid-March, they will soon start resuming them.

“In March, we postponed sending existing customer rate increases which is having an adverse impact on our revenue growth. As municipalities lift stay-at-home orders we are resuming rate increases market by market,” said Scott Stubbs, chief financial officer.

As of last week, the company had collected 93 percent of April rent due, compared to 98 percent for the same period last year. That’s due to the suspension of auctions and collection activity, which the company said it would start resuming in May where local laws allow, but with some changes to the process.

“We will try to work first to [get the customer to] pay to vacate a unit,” Stubbs said, “So you’ll try to work with a customer to take get whatever we can to have them vacate versus moving to auction. It’s a better experience.” 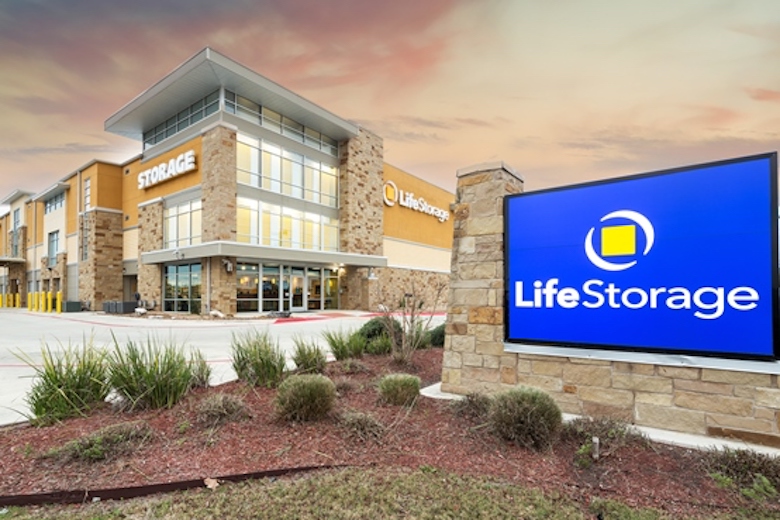 Williamsville. NY-based Life Storage reported revenue of $36.4 million for the quarter, with same-store NOI rising 4.8% and same-store revenue up 2.6% year-over-year.

CEO Joe Saffire said the company has benefited greatly from its Rent Now 2.0 digital rental platform that facilitates contactless move-ins by allowing customers to sign leases and pay rent online among other features. The platform is operational at 750 out of more than 850 stores operated by the company.

“Our industry leading technology has proven to be a differentiator during these times of social distancing as Rent Now has exceeded 50% of our rentals in recent weeks,” Saffire said in a statement.

The latest version of the platform launched in March, but Rent Now capabilities have been available for some time, accounting for about 8% of move-ins a year ago. However, the big increase in customer adoption shows just how much consumers are embracing ways of conducting business with minimal face-to-face contact in light of the COVID-19 risk.

The latest version of the rental platform allows Life Storage to offer different rate tiers for premium, standard and value units—which vary in price based upon location in the facility.

“There are people out there who will pay for convenience. So, when you select on a premium spot, you can see how close it is to an elevator in terms of steps. And there will be a price differential for that, maybe 10%, and we have customers choosing that option,” Saffire said during the company’s earnings conference call.

Overall, however, the company experienced a 15% reduction in the number of move-ins during April compared to the previous year. At the same time, move-outs were 23% lower. The net effect was a same-store occupancy of 89.8% as of April 30, 2020—compared to 90.2% a year ago. Overall, April street rates were down 19.5%.

Saffire was optimistic that the worst is behind them, adding that movement improved as April progressed and the first week of May was actually up year-over-year.

“Activity is maybe following what’s going on in certain areas and certain states that are opening for business,” Saffire said, “Mostly, it’s coming from Texas, so Houston, Dallas, San Antonio are all up nicely compared to last year.”

Saffire also said call volume has started to “pick up a little bit.”

“It is very encouraging considering April I think was, obviously, hopefully the worst of it.”

CubeSmart sees an encouraging start to May 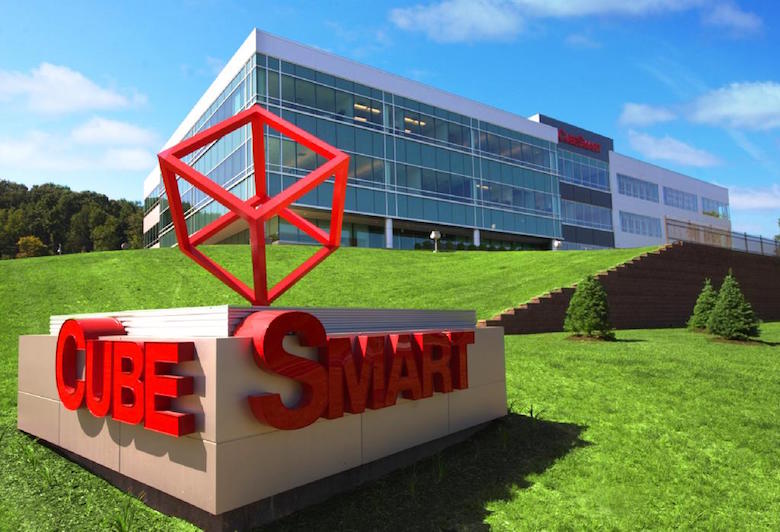 Malvern, PA-based CubeSmart also saw the effects of coronavirus impact their operating results in April. Same-store rentals during the month were down 28% compared with the previous year, and effective rents were down 13 percent. While move-outs fell 26% from the previous year, the operator ended the quarter with an occupancy of 91.8%—five points below the rate a year ago.

Like its peers, however, CubeSmart is seeing some signs of renewed activity in the marketplace.

“The early days of the stay-at-home orders brought very low levels of activity in our stores, but the last two weeks have seen a steady uplift in rental volume. Over the last seven days specifically same-store rentals are only down 12% compared to last year, a significant improvement from April trends,” said CEO Christopher Marr during the company’s earnings call last week.

The company has also been buoyed by its contactless rental platform, SmartRental, which it rolled out to all stores on April 27.

“The investments we quietly made over the last few years in our technology, our point-of-sale systems, and our people laid the foundation for us to pivot and rapidly introduce Smart Rental,” Marr said.

Since rolling out, 17% of move-ins have been made via the platform, Marr said. CubeSmart expects wider adoption as awareness grows. The company plans additional features as well.

“In New York City, our customers now have the option to access the gates and keypad access doors contactless through their smartphones,” Marr said. “We are working on several other innovative technological solutions that will be rolled out over the next few months.”