This post is an archive of self-storage development news reported during the month of December. For the latest news, check out the latest edition of The Roll Up column here.

Always Sunny Storage of Winslow, ME, opened a new climate-controlled storage facility at 69 Chaffee Brook Road in Waterville, ME. It’s the first such facility in that city and it’s located at the intersection of Carter Memorial Drive and Route 201 (Augusta Road). The new business also has outdoor parking for boats, RVs and trucks. In the spring, the company plans to add more units; the number was not disclosed.

The NYC Department of City Planning has approved a banquet hall and self-storage facility at 3556 Peartree Ave, in the Eastchester section of The Bronx. It would have more than 140,000 square feet, including 98,000 for self-storage, plus parking for 95 vehicles. The banquet hall component will span 46,000 square feet. T.F. Cusanelli & Filletti Architects designed the facility for The Storage Fox. The Department of Buildings next will consider the proposal. Source: New York Yimby

A public hearing is scheduled for Nov. 30, where the city of South Lansing, MI, will consider a $10 million U-Haul proposal to renovate a former Kmart property into climate-controlled self-storage at 5400 S. Cedar St. U-Haul also would provide two outparcels along South Cedar Street for commercial development. Source: Lansing State Journal

In Augusta, GA, a proposal has been made for a $1.925 million storage/warehouse at 334 Grimaude Blvd., a 9-acre parcel in the Horizon North Business Park near the intersection of William Few Parkway and Chamblin Road. Source: The Augusta Chronicle

The former Colonie Community Center at 1653 Central Ave. in Colonie, NY, will be demolished and replaced by an approximately  100,000-square-foot self-storage facility. The village planning commission approved car dealer Alan Goldstein’s plan for the new business. The facility would be next to his Goldstein Collision Center. The property’s ownership recently was transferred from MHKN Realty LLC, at 1754 Central Ave., to Central Storage Solutions LLC, at the same address, for $919,385. Goldstein Subaru is located there. Source: Albany Business Review 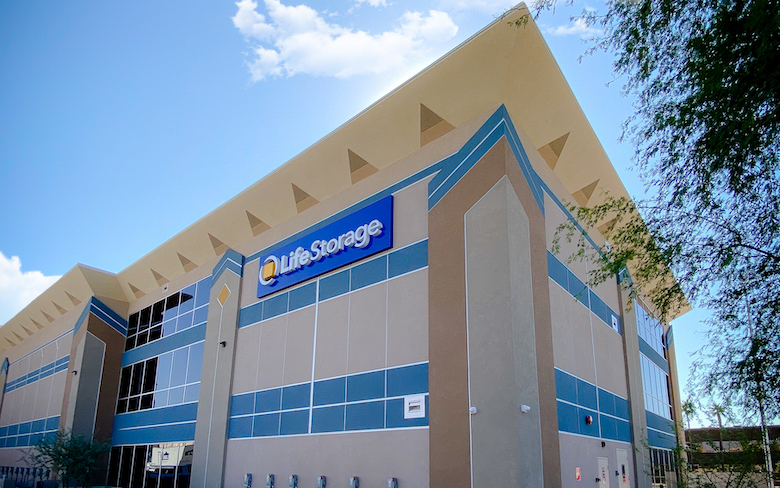 The City Plan Commission in Providence, RI rejected plans for a new five-story, 850-unit self-storage building and a large minimart. Procaccianti Cos. is behind the proposal, which was sought for a vacant 3.8-acre lot at the corner of Dean Street and Kinsley Avenue. The city prefers to make the neighborhood more inviting to walking, bicycling and outdoor use.  Source: eco RI news

The Miller-Valentine Group of Ormond Beach, FL has teamed up with Coastal Storage Group of Charleston, SC on two Florida projects.

In Ormond Beach, they will build a three-story, 94,868-square-foot, climate-controlled self-storage facility along South Nova Road. The business is scheduled to open in fall 2021.

In Fort Myers, the two companies are working on a three-story, 99,339-square-foot climate-controlled building along Doctor Martin Luther King Jr. Boulevard. Construction begins in January and is expected to be completed by February 2022.

CubeSmart will manage both facilities, and both will have 750 units.

Life Storage has proposed a three-story, 84,000-square-foot self-storage building at 400 Kenmore Ave. in Buffalo, NY. The company converted a former Budwey’s supermarket at the 4.51-acre site into a self-storage facility five years ago. The new building would be built east of the existing building in the Budwey’s parking lot. Based nearby in Williamsville, Life Storage owns 600 facilities and manages about 300 more. Source: Buffalo Rising and Buffalo Business First.

A 17,000-square-foot, two-story self-storage building has been proposed on a 0.96-acre plot at 344 Diablo Road in Danville, CA. The project first would demolish an existing 13,760-square-foot building that’s been vacant for five years. Source: Danville News

The former Governors Motor Inn at 2505 Western Ave. in Guilderland, NY will be demolished to make way for Store Away, which plans to build a one-story self-storage facility with indoor and outdoor units. The company paid $150,000 to Albany County Land Bank for the nearly 2-acre parcel. The bank took possession of the tax-foreclosed property two years ago. Jeffrey Gordon of Gordon Cos. in Albany is the owner. Source: Albany Business Review

The Zoning Board of Appeals in Meriden, CT, is reviewing a request to replace a now-closed Stop & Shop grocery story in Centennial Plaza with a self-storage business that would be an $8 million project. DealPoint Merrill of Woodland Hills, CA, is one of the backers of the storage facility. Opponents say they would prefer to have another supermarket in the space. DealPoint cites the possible benefits, including supporting city businesses, renovating and upgrading the plaza, and more. Source: myrecordjournal.com

In Illinois, the city of Niles Finance Committee approved a Class 7B property tax incentive for a self-storage business on a vacant lot in the 7400 block of Waukegan Road. Developer Adam French has proposed a $7.4 million project to build a four-story building at 7421 N. Waukegan. Source: Journal & Topics Newspapers Online 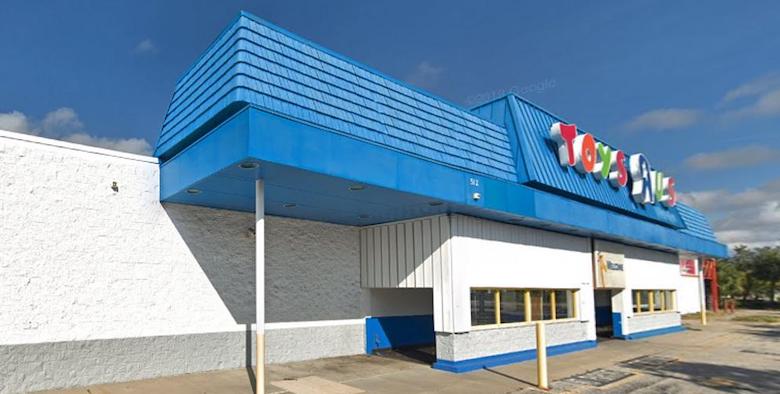 A former Toys ‘R’ Us building at 512 Cortez Road West is being converted into a self-storage facility, south of the DeSoto Square Mall in Bradenton, FL. The toy score closed in June 2018. Tru Storage Bradenton LLC, Bourne Acquisition LLC and 2527 LLC purchased the site. Source: Herald-Tribune

In Port Chester, NY the Planning Commission and Zoning Board of Appeals are studying a proposed four-story, 106,240-square-foot CubeSmart self-storage building on an 0.86-acre site at 354 N. Main St. Manhattan, NY-based Storage Deluxe Management Co. LLC is the developer. The project would require the demolition of one building, which has been home to the EN Fur Gallery and Steilmannn Ladies European Fashions. Source: Westchester & Fairfield County Business Journal

Metro Storage plans to build a three-story, climate-controlled self-storage facility where the Oasis Market gas station used to be in Eagan, MN. It’s at the southeastern corner of Dodd Road and Highway 55. The Eagan Planning Commission approved a request for a preliminary subdivision approval to combine two lots. The Eagan City Council will review the project on Dec. 15. Source: The Sun Today

Construction begins Jan. 4, 2021 for Justin Self-Storage at 103 Hardeman Blvd., Justin, TX, in Denton County. Nov. 29, 2021 is the expected completion date for the $3 million project. It will have a total of eight new self-service buildings and total square footage of 90,190. The owner is JTX Storage in Corinth, TX. The architect is HBJ Architects. Source: Texas Department of Licensing and Regulation

The Boathouse has opened on New Franklin Road in LaGrange, GA, offering storage for boats and RVs. It has 30 fully enclosed units and nine that are covered. Josh McGinty, owner of LaGrange-based Southern Rehab & Sports Medicine, is a partner, along with his wife Katie McGinty, Jamie Bradfield of Heritage Construction and his wife Claire Bradfield. McGinty said they have room to build another 30 units. Source: The LaGrange Daily News 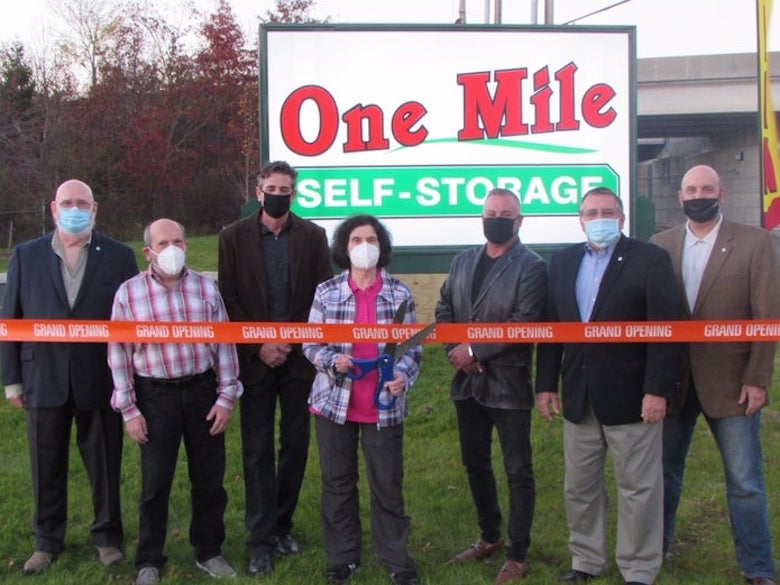 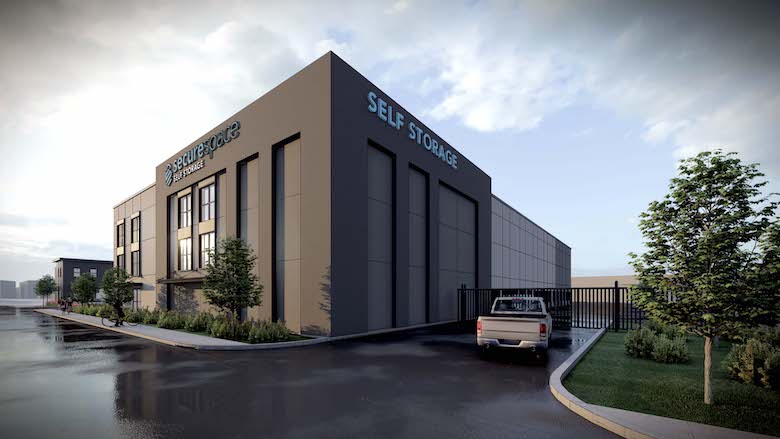 SecureSpace Self Storage opened a newly built three-story  facility at 722 W. 220th St. in Torrance, CA, between the Harbor-UCLA Medical Center and I-110. It has more than 700 climate-controlled units in 71,000 square feet. Redondo Beach-based InSite Property Group, the parent company of SecureSpace, bought the site in 2019.  Source: InSite Property Group

The Mini-West Storage expansion will open in mid-December at its existing facility at 1400 N. 45th St. in Corsicana, TX. It includes 39,950 square feet of space for 278 new units, some climate-controlled. Advantage Construction and Forge Building Co. worked on the project. The total number of units is now more than 1,000. Source: Corsicana Daily Sun

Self Storage Plus has opened four new facilities, with three in Virginia and one in Maryland.

One is at 1808 Michael Faraday Court, Reston, VA. It has a four-story building with 1,100 climate-controlled units.

A second is at 4900 Nicholson Court in Kensington, MD, with four storage levels, 68 exterior drive-up units and 1,246 climate-controlled units.

A third one is northwest of the One Loudoun town center, at 44540 Atwater Drive where it meets Lexington Drive, in Ashburn, VA.

The fourth one is at 22125 Davis Drive in Sterling, VA, down the street from the Dulles 28 Centre off Waxpool Road. The climate-controlled building has three stories.

Self Storage Plus has 45 stores in the Washington, D.C. region.

The Westside Kmart at 1501 Normandy Village Parkway in West Jacksonville, FL will become a U-Haul Moving & Storage business. Scherer Construction of North Florida LLC will convert 75,522 square feet of space at the former Kmart for about $480,000, putting up a self-storage center and truck rental showroom.  Overall, there will be almost 95,000 square feet, comprised of a warehouse, self-storage, other storage and mercantile space. Phase 1 will take 72,342 square feet and Phase 2 will take 18,428 square feet. U-Haul Florida LLC bought the 8.7-acre property for $3.7 million in December 2018.

Eltec Construction and Investment plans to build an Attic Safe Self Storage facility in the West Little River neighborhood of Miami-Dade County. It will go on a 0.62-acre site at 8901 22nd Ave. and have 86,931 square feet in four stories, 643 units and 30 parking spaces.

InSite Property Group has bought a 9.9-acre self-storage development site in San Diego, CA, at the intersection of I-15 and the Ted Williams Freeway. It plans to build a 109,725-net-rentable-square-foot structure, as well as 115 boat and RV parking spots. Source: InSite Property Group 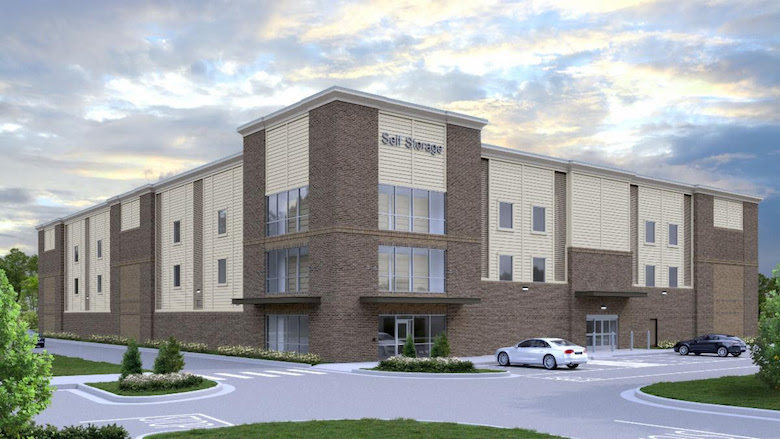 NitNeil Partners is building a self-storage project at 851 Isabella Lane just south of Sam Ridley Parkway in Smyrna, TN. The company bought a 1.8-acre site at that address, and completed its design, engineering and financing. Completion is scheduled for November 2021. NitNeil has offices in Atlanta; Austin, TX; and Tampa Bay, FL. Source: NitNeil Partners

Bittersweet Storage is coming to 11722 Jones Maltsberger in San Antonio, TX. Construction begins Feb. 1, 2021 and the completion date is expected to be Oct. 22, 2021. The cost will be $4.5 million. Mauldin Architects PLLC is the designer. Source: Texas Department of Licensing and Regulation

TFE Properties opened a new CubeSmart self-storage facility at 645 Route 18 in East Brunswick, NJ, on the site of a former  Kmart store. It has 130,000 square feet and approximately 1,100 units. The new CubeSmart is part of the Junction Pointe project. Source: Centraljersey.com