The Pennsylvania-based investment firm has announced the acquisition of eight self-storage properties in December, bringing its total 2020 acquisitions to 26 facilities and 134 assets since the firm was founded in 2017.

The properties acquired last month are located in Pennsylvania, West Virginia, Louisiana and Florida and consist of five stabilized assets, two value-add assets, and one asset in early lease-up, according to a statement issued by the company. Terms of the deals and the name of the five sellers were not released. 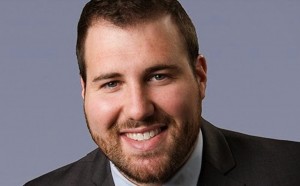 In an interview, Rick Schontz, chief executive of City Line Capital, said his firm is far from over when it comes to self-storage purchases. He said City Line is hoping to close on 40 to 50 more deals later this year, valued at more than $300 million, and pushing the firm’s total portfolio to more than 10 million square feet of space.

“We have a lot of capital to place this year and we’re eager to do so,” said Schontz. City Line Capital is backed by high net-worth individuals who Schontz declined to name.

City Line’s pace of takeovers last year was a little slower than the blistering pace it set in 2019, when it purchased 50 self-storage facilities. But it was still a solid year, considering the challenges posed by the pandemic, and Schontz said he expects the pace to pick up early this year.

“It’s been a good run,” he said of City Line Capital’s overall performance since its founding in 2017.

With properties in 22 states, City Line currently owns properties in the Northeast, Southeast, the Midwest and Southwest, including in Texas, Oklahoma and Arizona.

Schontz indicated he’d also like to get into Indiana, New Jersey and Ohio, three states he said have been hard to crack into.

The company operates many of its facilities under the “Storage Sense” brand, though it keeps the old names of some facilities if they have strong name recognition in regions. All the properties have third-party managers.

The race is on

Marc Boorstein, a principal at MJ Partners Real Estate Services in Chicago, said City Line Capital is one of many investment players now hunting for purchases in a highly competitive market nationwide.

“This is the most aggressive merger-and-acquisition market I’ve seen in 25 years,” said Boorstein. “It’s a race for assets.”

Boorstein, whose firm represented a seller in one of City’s Line’s deals last year, said a number of things are driving the self-storage investment market today, including the positive cash flows of normally recession-resistant self-storage facilities, low interest rates, and a heightened interest in the sector in general among large investment firms.

Schontz said City Line Capital focuses on mid-sized secondary markets, though the firm regularly does deals in major and tertiary markets, he stressed.

The firm likes to acquire established properties, though it also purchases some lease-up assets, as was the case in one of its purchases last month. The largest share of its properties have been purchased from small and regional operators, but he said City Line occasionally acquires assets from large real estate investment trusts as well