While startups have paved the way for the full-service storage industry, moving companies are starting to get in on the action.

Brute Storage, a division of Corovan Moving and Storage, launched this summer in the Northern California communities of San Francisco, Oakland, and Berkeley, taking over the book of business created by one of the first valet storage startups to hit the scene.

Corovan acquired the Bay Area operations of Boxbee earlier this year. Boxbee launched in 2012 offering on demand pick up, storage, and drop off of customers’ items in portable plastic bins. This year the company pivoted to be a software provider for companies in the growing full-service space, include Brute Storage.

Brute Storage is managed by Adam Horsman, who started a company called Brute Box in 2014. Brute Box temporarily rents out plastic crates for moving, and Horseman said he got the idea while working at Amazon.

He soon realized that he could expand his services if he formed a partnership with a moving and storage company.

“I started talking with Corovan, California’s largest moving company,” Horsman said. “It ended up buying Brute Box in fall of 2015 and I joined Corovan to start Brute Storage. They were excited about the ability to take a business that seemed like a good fit for them.”

Brute Storage started operations in July. By delivering and picking up storage boxes to homes and offices, Brute seeks to make storage more convenient and less costly than traditional self-storage facilities in the area.

“There is a real convenience factor, especially in large metro areas where lots of folks don’t have cars,” Horsman said, “This is a great alternative.”

The cost for storage at Brute begins at $7 per month. That price and includes free next-day delivery of storage boxes to homes and offices. There is a $20 delivery fee each time you ask Brute to return one or more boxes to your home or office.

If you have items that don’t fit into the boxes, such as bicycles, golf clubs, or surfboards, you can store them for a separate fee of $12.50 per item per month. Items are stored at a secure warehouse operated by Brute. Brute’s goal is to return stored items within 24 hours, with a maximum waiting time of 48 hours.

Julie Naylon, a professional organizer whose company, No Wire Hangers, is based in Los Angeles, said valet storage companies like Brute have biggest impact in metropolitan areas like the San Francisco Bay area, where many people live in small attached housing units, with little room for storage.

She holds that such businesses sell convenience. For people who have numerous things to store, renting a self-storage unit often is more cost-effective than paying a valet storage per-box fee, even though you have to transport your possessions yourself, she added.

“It seems like this comes around in one format or another every couple of years now,” she said. “I have not seen it impact any of the markets I’ve been involved with.”

Horsman holds that on-demand storage is here to stay. He adds that he doesn’t believe Brute is in direct competition with traditional self-storage facilities. Brute’s market is people who prefer to avoid the job of taking items to and from storage.

“We provide another level of service,” Horsman said. “We are a premium, white-glove service.” 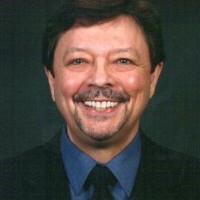