Self-storage operators and developers are picking up the pieces after a pair of powerful hurricanes brought unprecedented destruction to areas of Florida and Texas.

In the aftermath of Hurricane Irma and Hurricane Harvey, self-storage operators reported a number of their facilities had closed, had been damaged or both. Many affected facilities have since reopened, and area facilities are experiencing a spike in demand from people displaced by the consecutive natural disasters.

However, the biggest impact from the storms is likely to be drawn out construction delays for new facilities.

Jay Crotty, managing partner of self-storage brokerage firm SkyView Advisors in Tampa, FL, said he doesn’t expect the Florida and Texas hurricanes to do long-range harm to self-storage development, although the way self-storage facilities are built in those states might change.

“Just as we saw [in Florida] with Hurricane Andrew in 1992, we do see a scenario in which the building codes could become even more stringent, thus making development costs even more expensive in those markets,” Crotty said.

In a research note, FBR Capital Markets cautioned that some delayed or damaged self-storage developments in Florida and Texas “may just be scrapped as builders just take the insurance proceeds and run.”

Big opportunity? Not so fast

Self-storage veteran Tron Jordheim, business development manager for Store Here Management and RHW Capital Management Partners, warned that developers who do proceed with self-storage projects in hurricane-scarred regions of Florida and Texas could run into shortages of labor and building materials as resources are devoted to an array of recovery efforts.

FBR said the spike in demand for self-storage in some hurricane-distressed markets might prompt developers to rev up construction plans, despite higher costs for labor and building materials.

“I don’t see anybody interpreting this as, ‘Look at all this extra demand, let’s go do a deal,’” Swerdlin said. 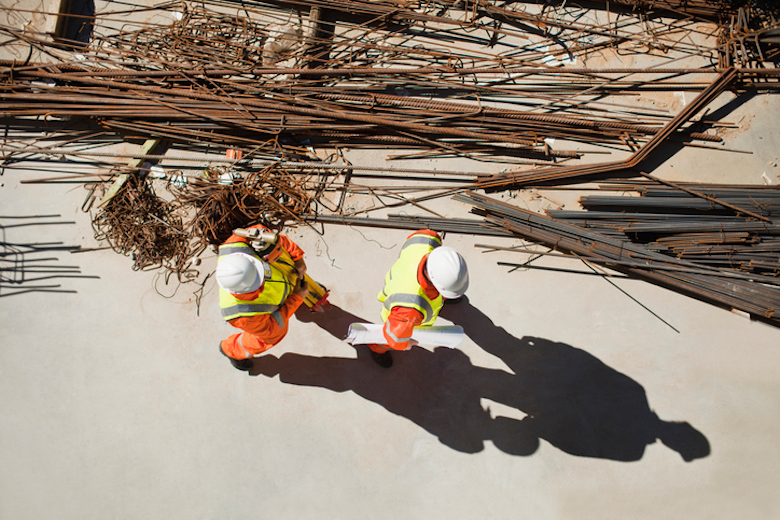 Swerdlin said the labor crunch in the construction sector will be the biggest obstacle for self-storage operators and developers, especially in Texas. The Houston-area labor shortage is largely driven by stepped up immigration enforcement initiated by President Donald Trump.

“There is a shortage of labor here that you cannot imagine,” Swerdlin said of the Houston area. “You just cannot find labor, period.”

That means contractors working on the recovery effort in the Houston area might wind up siphoning construction laborers from the nearby Austin, Dallas-Fort Worth and San Antonio areas, according to Swerdlin. In turn, that could create delays for self-storage projects in those markets.

“There will be some who have more money than sense who will look at the current situation and try to rush in to add new supply because so many facilities will be absolutely full with Harvey- and Irma-caused demand,” Jordheim said. “Perhaps the construction and cost issues will keep some of them from making big mistakes.”

Jernigan Capital might encounter issues with the cost of materials and the availability of labor as it moves ahead with five projects that were harmed by Irma and Harvey.

Jernigan Capital said Sept. 13 that three projects under construction in Miami-Fort Lauderdale, FL, sustained minimal damage that could cause delays of up to one month. In Jacksonville, FL, another Jernigan project also incurred minimal damage and its opening could be postponed for up to one month. Meanwhile, a Jernigan project in Houston “is significantly delayed,” with completion now set for the first half of 2018.

“We were very fortunate to have been spared the impact of both Irma and Harvey, and the majority of our projects and operations have been minimally affected by the storms,” said John Good, president and chief operating officer of Jernigan Capital.

Public Storage, the country’s largest self-storage operator, said Sept. 10 that it expects to raze and rebuild seven facilities in the Houston market that sustained severe damage from Harvey. Those facilities contain about 4,000 units and cover about 500,000 net rentable square feet. Public Storage said the replacement facilities will be designed to withstand a potential 500-year flood.

Three of Public Storage’s chief competitors, CubeSmart, Extra Space Storage and Life Storage, reported that some of their facilities were closed in the aftermath of the hurricanes, but none of the companies has cited any hurricane-triggered demolitions or construction delays. Life Storage did, however, say Sept. 14 that Hurricane Harvey caused “substantial damage” to six of its Texas facilities.

Luke Elliott, a self-storage investment specialist at Marcus & Millichap’s Mele Group in Tampa, said several of the company’s Florida clients have reported damage to their facilities, although it’s largely been cosmetic rather than structural in nature.

Some self-storage developments in Florida have been hit by setbacks, he added, but more so due to power outages and inspection postponements than to hurricane damage.

Scott Kelly, chief operating officer of Lakeland, FL-based StoreRight Self Storage, said one of his company’s two development sites and the company’s only expansion project weren’t affected by Irma. However, he said, a development site on the Atlantic coast of Florida “was hit pretty hard,” leveling a building that was going vertical. The “significant” damage will cause the project to be delayed for several months, Kelly said.

All in all, Elliott doesn’t think the hurricanes will deter self-storage development in Florida or Texas.

“We haven’t seen it dampen any interest in Florida — or Texas, for that matter,” said Elliott, who’s president of the Florida Self Storage Association. “When you look at where people are moving to and where the populations are continuing to grow, right at the forefront you have pretty much all of Florida and a vast majority of Texas.”

He added: “Let’s say investors are going to follow where the people go.”