SpareFoot Moving Guides » Moving to New York, NY » Moving Day in NYC: What If All New Yorkers Moved on The Same Day?
Skip to content

About 68 percent of households in New York City live in an apartment.

There are 3.1 million households in NYC, with each household having an average of 2.65 members—according to the latest census data.

Now imagine that all of those people have to move out of their apartment and into a new one on the same day. Believe it or not, that is exactly what New Yorkers had to do for more than a hundred years. 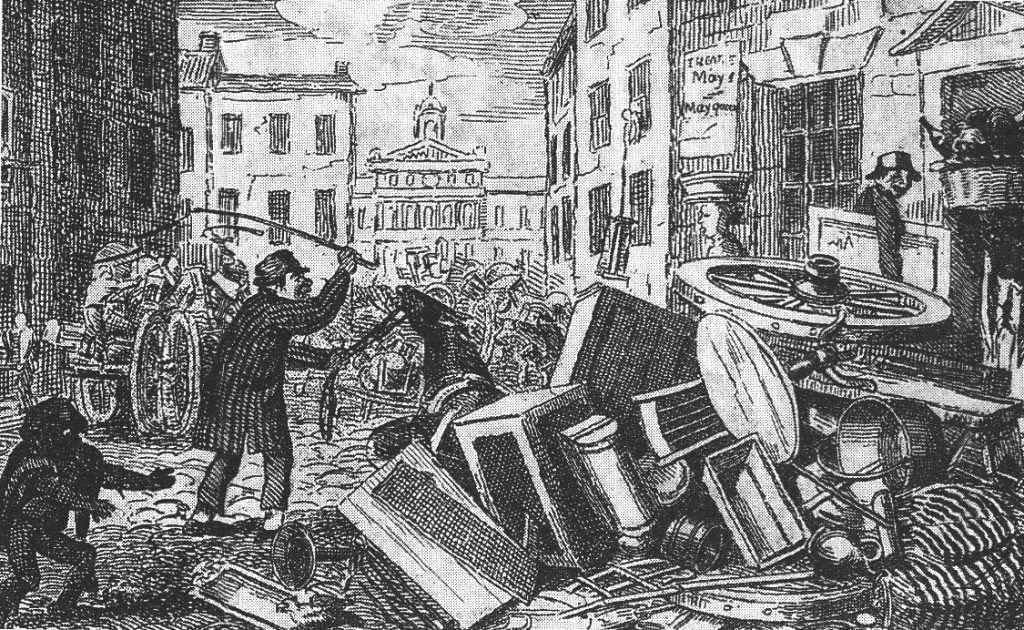 From colonial times, and to a lesser extent into the early 20th century, all leases in the city by law ended on May 1. As landlords increased prices, up to a million New Yorkers at a time would leave their old apartments and find a new one, making the date forever known as Moving Day in New York City.

Of course as you can imagine, the city would break into absolute chaos every twelve months as everybody and their mother would scramble to find new housing. Think about that the next time you complain about apartment hunting.

As the New York Times reported in 1885: “Everybody in a hurry, smashing mirrors in his haste, and carefully guarding boot boxes from harm. Sofas that go out sound will go in maimed . . . bedscrews will be lost in the confusion, and many a good piece of furniture badly bruised in consequence.”

We all know moving sucks, but that is just ridiculous.

On top of the general pandemonium, moving companies would jack up their prices to take advantage of the surge in demand—way before Uber ever got the idea. In 1890 the city finally passed an ordinance regulating moving rates. That ordinance set the rate to $2 per “one horse-truck load within two miles” and 50 cents per additional mile.

While $2 was a lot of money back then, it was still a great deal compared to the cost of moving in New York City today. Adjusted for inflation, it cost about $51.83 in today’s money to pay movers in 1890.

According to Brick Underground, it will cost you $600 to hire movers in NYC. If your new apartment is far across town, it could cost up to $1,000. You could do it yourself renting a U-Haul truck for about $50 a day, plus $2.49 a mile.

So what if moving day was still a thing?

That would be $600 per move, multiplied by 3.1 million renting households, for a one-day bonanza for the moving industry of $1.86 billion.

That’s a lot of money, and a lot of headaches. Thankfully the tradition gradually faded into obscurity as new laws provided more protections for tenants, more people relocated permanently to the outer boroughs and the subway system made it easier to get around.

Whatever day you choose to move to New York, check out our hand-crafted Moving Day Playlist to help you get through it!