Believe it or not, many couples are hearkening back to the days of “I Love Lucy” where couples resided in separate rooms. In fact, according to Realtor.com, listings for homes with multiple master bedrooms were priced about 9% higher on average than those with just one master.

It makes sense to Rachel Sentes of Vancouver, who’s been happily married for four years yet says having separate bedrooms is the best thing she and her husband ever did. 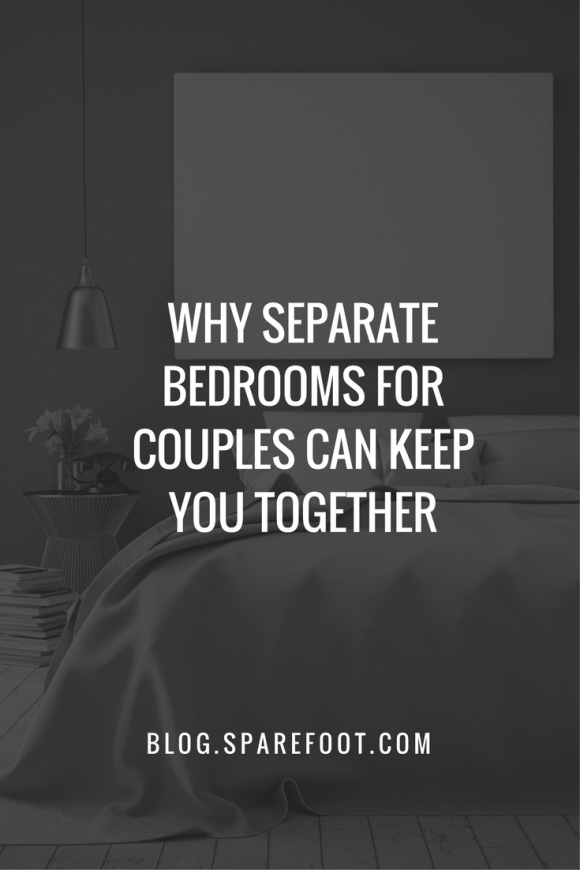 For them the three main benefits that might help other couples are:

“Everywhere else in the apartment is shared, so it’s really nice to have a separate space,” says Sentes.

Of course, any neatnik living with a slob knows there’s one benefit that trumps all: Not having to share space.

“Despite the fact that couples love each other, they may have different habits and definitions of what the word ‘organized’ means,” says Stacey Agin Murray, owner of Organized Artistry, LLC.

That’s why it might make sense for each half to have ‘his and her’ space, preferably behind closed doors where they can keep their stuff, but organize it in their own way—or not organize it at all, as they wish, she says.

It also can help a relationship, notes marriage and family therapist Lisa Bahar.

“Having your own space to organize your stuff is a metaphor for boundaries and personal space,” she says. “Organized personal belongings can create peace of mind and a sense of control of your own environment.”

Here are four categories where the separate spaces will be a major boon, organizationally: 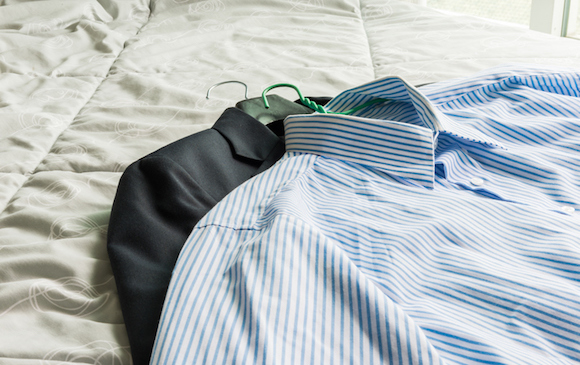 Any wife who’s had a sweater shrunk to doll size when her husband helpfully did the laundry knows that it can be a bonus to have separate hampers, allowing each person to handle laundry according to their own standards and their own system.

“Some people are into over-the-top sorting, spot treating and special soaps for delicate items, and others prefer to wash everything together in cold water and be done with it,” says Nonnahs Driskill of GetOrganizedAlready.com. “With your own laundry hamper, your clothes are cleaned just the way you want them, and you are the only one to blame for laundry mishaps.”

If laundry is more of a joint project, you can create a combo system, suggests Murray, with shared hampers for socks and gym clothes and separate hampers for delicate or dry-clean-only garments.

If you’ve been living on your own, sharing closet space can be a slap in the face, says Driskill.

“Some couples just can’t fathom combining two wardrobes into one closet.” Although many solve the problem by keeping clothes in a spare room, that means a trek down the hall to get dressed each morning. When you have separate bedrooms, the problem is easily solved. 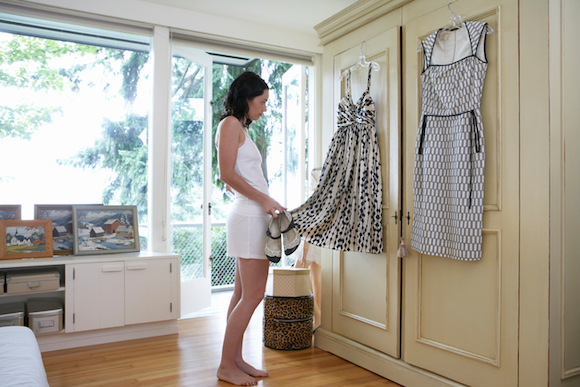 For fashionistas, the dressing area becomes something like an artist’s studio as they try out different combinations and layers, points out Driskill.

“The end result may be a pristine ensemble, but the bedroom ends up looking like a war-zone.” With two bedrooms, you can have ample room to express yourself fashionably without infringing on the other’s space. And if you are an arranger coupled with a tornado, neither person has to worry about their personal habits, removing a major source of friction.

You do have an ongoing donation bag, don’t you? By keeping them separate, you can ensure that your favorite shirt doesn’t “accidentally” get donated, and if it does, well, apparently you’ll have to come to terms with the fact that the velour V-neck wasn’t her date night fave after all. 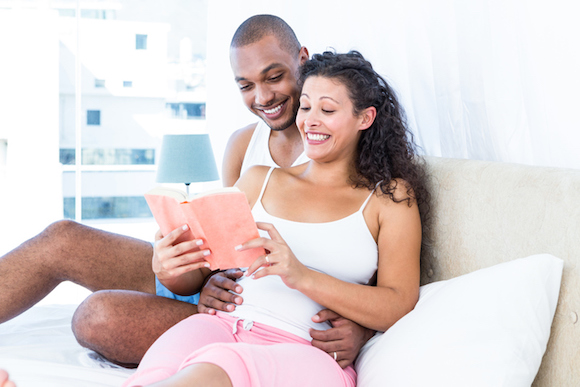 Keeping it All Together

Not all your belongings have to be separate; Murray suggests finding shared space for photos and books.

And of course, while having separate space can be healthy for couples, they need to take care that they don’t portray they are mad if they are just retreating to their room to gather their laundry.

“Having separate bedrooms doesn’t mean that you are private and closed off from your partner. Invite one another into the separate bedrooms every now and then,” says Kristie Overstreet, author of Fix Yourself First: 25 Tips to Stop Ruining Your Relationship.

Oh, just what we wanted, a sleepover!