Moving is one of life’s most stressful events, so it’s normal to lie awake at night worrying about everything that could go wrong on the way from your old home to your new one.

In fact, if you’re anxious over an upcoming relocation, you’re not alone. The SpareFoot Moving Day Survey, done by Wakefield Research in March 2017, found that many people share five big worries about moving.

Here are the top concerns, along with tips on how to avoid these moving day debacles:

The number one worry about moving is damage to belongings, a concern shared by 64 percent of people surveyed.

That happened to Richard Lowe when he moved from Rancho Cucamonga, CA to Clearwater, FL after retiring early to pursue his dream of becoming a writer. He paid big bucks for a full-service move. As he was unpacking a few boxes of delicate items, he discovered that an amethyst crystal and a few glass figurines had broken. He called the moving company, which immediately sent him a check for $300.

To avoid damage in a move, use specialty boxes for electronics and kitchen items, and pack with plenty of bubble wrap. Also pick a quality mover so you get reimbursed without a hassle if something does break, Lowe said.

“The ease of settlement definitely had to do with their quality of service,” Lowe said of his movers. 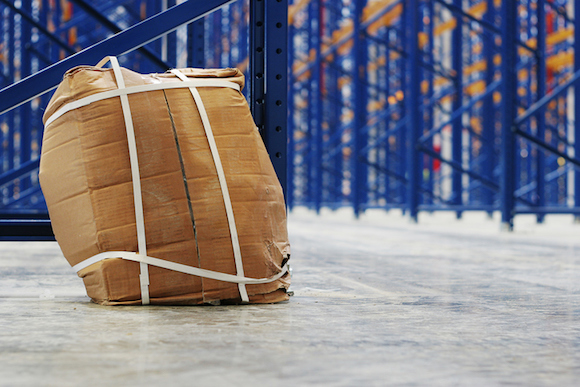 Many people, 41 percent, also fret that their items could go missing or get left behind in a move. When my husband and I moved from separate apartments into a house in Kansas City, we loaded a U-Haul trailer with our belongings, including three huge contemporary photographs of fruit that were a gift from an artist friend. We never got to put them on our walls because they disappeared during the move across town. We still regret that loss.

On a move from Chicago, IL to Delaware, OH, Dustin Montgomery of MovingBlankets.com left behind a dishwasher load of dishes he and his wife had received as wedding gifts. The oversight added stress to the move and “even caused my wife to cry,” he said.

To avoid these types of losses, transport valuable or sentimental items separately if possible. And open all drawers and doors before doing your final walkthrough, a lesson Montgomery learned the hard way.

3. Getting Fleeced By Movers.

The expense of moving is another big concern, and 30 percent of people said they stress about movers charging high fees. It’s a legitimate worry, and some consumers even get surprised with big bills when unscrupulous movers jack up fees after the fact.

The first step is to do your research ahead of time to avoid moving scams and choose a reputable company that will visit your home and offer you a binding quote, especially if you’re moving a long way.

You can also take steps to reduce the cost of a move, such as decluttering and getting rid of bulky and heavy items you don’t want before you move. Doing your own packing also can cut costs. 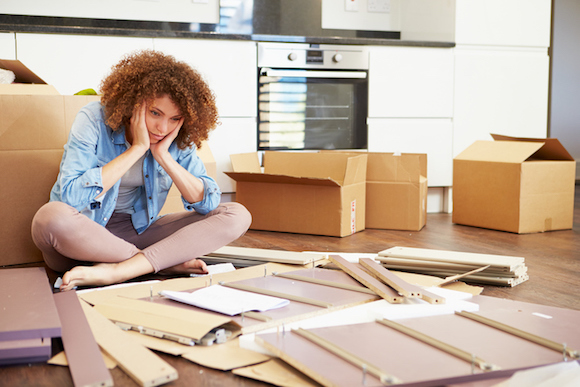 4. Not Getting Packed in Time.

About one in five people (19 percent) said they fret about failing to get their stuff packed by moving day. It’s a legitimate worry, said TJ Peterson, digital media coordinator for Oz Moving & Storage, a full-service moving company in New York.

Oz Moving & Storage showed up at a client’s building recently and tried ringing her apartment bell, calling her and asking the doorman for help reaching her, all with no luck. They got an apologetic call from the client an hour later.

“She had fallen asleep trying to complete all of her packing,” Peterson said.

Not being ready can delay movers and increase your costs, so allow extra time to pack and plan to finish packing before moving day.

5. Fighting During a Move

Some people (7 percent) said they stress about arguing with loved ones during a move.

“Every mover has stood there awkwardly while a husband and wife scream at each other,” Carrigan said.

Communication breakdowns and last-minute changes in plans can exacerbate family tensions, he said. One woman recently had to hold an impromptu fire sale after her sister, who had agreed to take her unwanted furniture, changed her mind on moving day, Carrigan said. However, family members who cross wires usually make up after the move, he said.

The good news is that if you plan well, take plenty of time to prepare and pack properly, you greatly increase your chances of avoiding these problems and having a smooth move.