Would you rather move in the sweltering summer sun, or against a shivering Arctic wind?

If you chose the latter, you aren’t alone. According to a recent SpareFoot survey, 58 percent of people said they would rather move in bone-chilling zero-degree weather while the other 42 percent would choose a scorching 100-degree day.

“What you choose really comes down to your upbringing and tolerance to climate,” said Ginger Guerra, owner of Las Vegas-based Organized by Ginger. 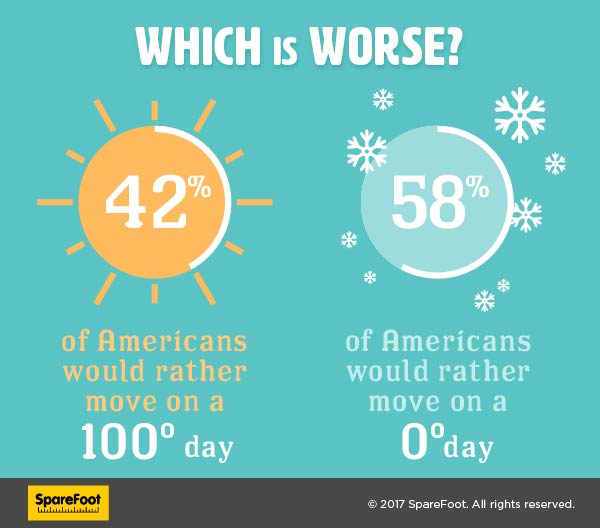 What are the Coldest Cities?

If you prefer a colder climate, it doesn’t get any colder than these cities. The following metro areas had the highest number of zero degree or colder days each year.

Minneapolis-St. Paul. The Twin Cities boast the coldest climate of any large U.S. metropolitan area. It has 23 days a year with temperatures dropping to zero degrees or below, according to the National Centers for Environmental Information. (The weather rankings represent the 51 U.S. metropolitan areas with the most people). No other city even comes close.

Here are the rest of the coldest:

Chicago, Denver and Milwaukee are next on the list with each reporting 7 days a year at or below zero degrees.

Detroit, Indianapolis and Rochester, NY each have 4 days a year.

Buffalo, NY; Cleveland and Hartford, CT each have 3 days of sub-zero days each year.

Such frigid temps mean you need to take precautions when moving. Below are 6 tips for moving in cold climates. 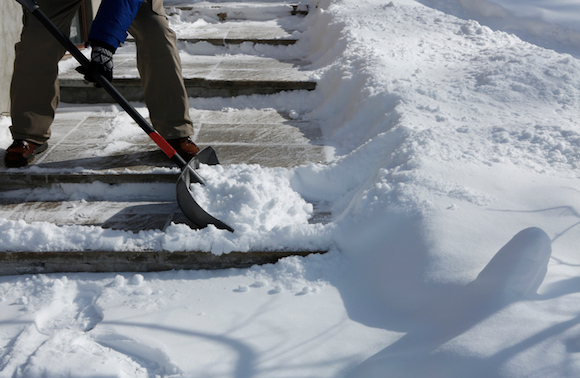 1. Clear Walkways, Driveways Before the Move

“Make sure the property is shoveled and de-iced and put down sand or salt ahead of time,” advised Paul Tharp, a Realtor at Coldwell Banker Burnet in Minneapolis.

Find a company experienced in moving during extreme cold weather, advised Tharp, who moved to Minneapolis from Tampa, Fla., in the middle of winter.

3. Make Sure Utilities are Turned on Before Moving Day

You want the heat cranked up by the time you arrive, especially if the home has been unoccupied.

Remember the temperature inside moving trucks can get extremely low.

“When it gets cold, things get brittle and will break a lot easier,” said Deb Williams, owner of Ducks In a Row Organizing in Fargo, ND, which experiences its own frigid winters including 50 inches of snow a year. “Anything that’s a harder material – glass, metal, ceramic, and plastic especially – is a lot more susceptible to breaking in the cold.”

Some materials expand and contract when exposed to severe changes in temperature including wood, porcelain, metal and leather. Use bubble wrap and thick packing paper to protect items. Also electronics need extra protection.

“And if you’re moving things in plastic tubs you have to be careful because they can break,” Williams added. “You can’t just toss them around like you would in 50-degree temperatures.”

“Put down canvas tarps or rolls of protective film,” Williams advised. Cardboard or moving blankets will also help prevent floors from getting damaged.

“Wear gloves and keep your head covered,” Williams said. Have blankets nearby and keep hot cocoa, coffee or soup on hand.