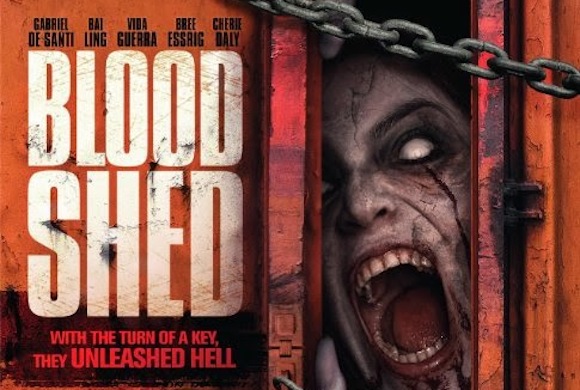 If you ever go to your storage unit alone and can’t stop looking over your shoulder, you’re not the only one. Filmmaker Patrick Hasson finds storage facilities so creepy that he chose one as the setting for his new horror film, “Blood Shed,” which comes out in March. SpareFoot talked with Hasson to find out more.

We’ve all seen horror films set in haunted houses and mental hospitals and forests, but you picked a really unusual setting. Why a storage facility?

I had a dream one night. It was a very disturbing dream with a female creature, and I couldn’t see her face. It was one of those dreams where you wake up and you’re like, “What the hell was that?” That stuck in my head, and I didn’t know what to do with it.

Later, I was unemployed and living in Los Angeles with a girlfriend, and she was like, “I don’t like you anymore. Please leave.” I didn’t want to bug friends and I don’t really have family out here, so I started living in my storage shed. Which is demented, but I did it, just for a couple of months. And living there was very, very strange. There was just something about that world.

So, there are two concepts in horror films. It’s the world you’re set in—you know, you’re trapped in a building or something—and then there’s always a creature or bad person. And that’s the gist of most horror films.

When I was living in that storage shed, I started to realize there were other people living there. At first, I never saw them, but I heard them. And I was like, “OK, this is where I can put that creature from my dream.” And then I just had to create a story around it. 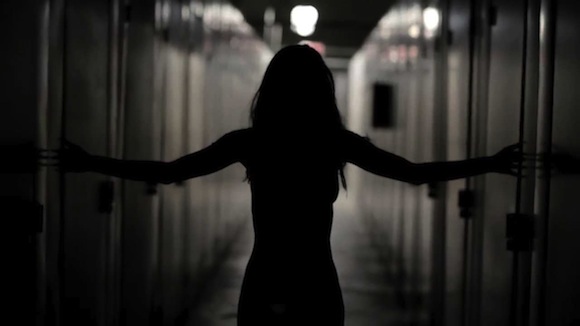 Would you tell us a little bit about the story—without giving too much away, of course?

For whatever reason, I needed to write it in the storage shed. So I had a little chair, and I would go there every night and just write. And I created this story where it was just a bunch of homeless people living in this storage complex. And our main character, Gabriel, is homeless and living in his car and he gets a key in the mail. And it’s for a storage shed. And as he’s uncovering all these artifacts about his life, about his adoptive parents, he finds out his mother was murdered. And that’s where the story takes a supernatural turn, because this creature who’s haunting the storage shed is his mother, and she’s searching for her child who was taken away from her.

It seems that storage facilities captured your imagination on several levels. Why? 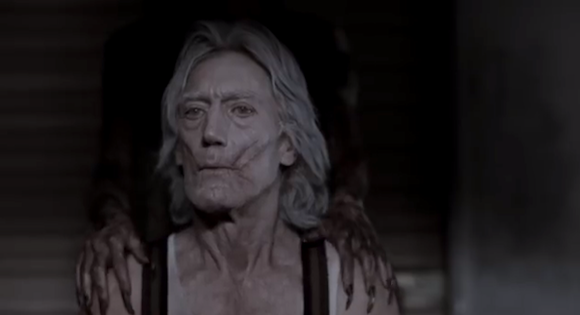 You went through a lot of ups and downs—including an attempt to raise money through Kickstarter—to get this movie made. Your final hurdle was finding a storage facility where you could film. How difficult was it?

I knew the key to this film was that we had to shoot in a storage shed. We couldn’t shoot on a set with a couple of sheds—it had to be the real thing.

I found an independent storage facility that used to be a Sunkist orange factory. It was perfect. It had three levels, and it was really old and creepy. I called the producer and said, “We have to get this place.” Within a week, he got it, but the downside was we only had 11 days to shoot the film. That’s an incredibly small amount of time. Usually you have three to four weeks, even for a lower-budget film. But we really got the film I wanted to get. The atmosphere was great, and the whole crew and cast were freaked out. It was just a really, really weird place.

What should horror movie fans and self-storage renters expect from this film?

The audience will be taken into a world they’ve never seen before. I’ve watched a lot of horror films, and you have the woods, you have the cabin, you have the graveyard—all places we’ve seen before. The best way I can describe it is that what “Jaws” did for people going into the water, “Blood Shed” will do for anyone visiting their storage shed.