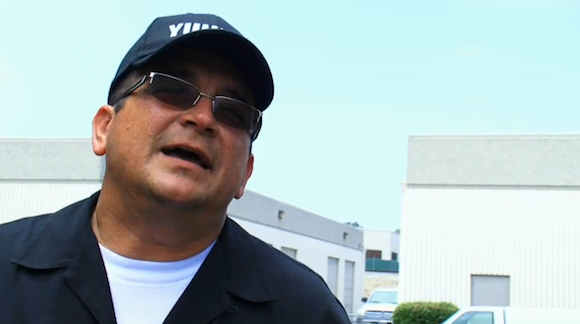 Storage-auction “mogul” Dave Hester will return to the A&E reality series “Storage Wars” when the next season debuts in August.

The announcement from A&E comes just days after a wrongful-termination lawsuit that Hester had filed against the network and the show’s production company was settled.

Hester filed the suit in 2013, claiming that the show was staged and valuable items were planted in storage lockers. After a protracted legal battle, a settlement was reached July 11. Terms weren’t disclosed.

Hester had sought as much as $750,000 in damages for being booted from the show after lodging complaints against the producer, Original Productions. Hester—whose signature catchphrase is “Yuuup!”—had appeared on “Storage Wars” for three seasons and was absent for the past two seasons.

To read our recent interview with Dave Hester, visit: blog.sparefoot.com/5933-dave-hesters-life-after-storage-wars.

During his hiatus, the characteristically hardheaded and antagonistic TV personality became a traveling storage auctioneer.

“My ultimate goal would be to have an auction at least once a day anywhere in California or the western United States,” Hester said in a recent interview with The SpareFoot Blog.

Two new back-to-back episodes of “Storage Wars” will premiere at 9 p.m. EDT Aug. 12. Hester once again will bid against others to win storage auctions throughout Southern California. You can watch a promo for Hester’s return on A&E’s website.

After the season debut of “Storage Wars,” A&E is rolling out a spinoff series called “Brandi and Jarrod: Married to the Job,” starring longtime “Storage Wars” bidders Brandi Passante and Jarrod Schulz. According to A&E, the new show will examine the couple’s life outside the storage-auction business as they care for their two kids, manage a secondhand store, plan their wedding—and bicker constantly.