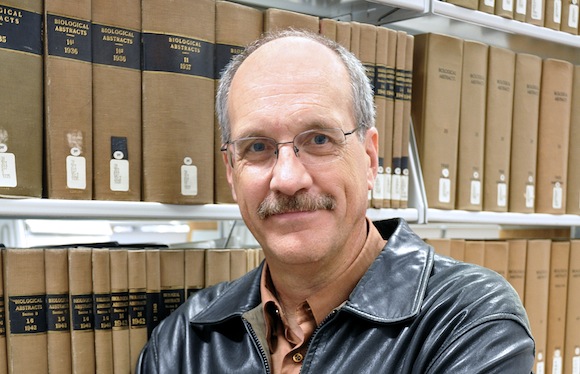 Randy Frost may know more about the disorder of hoarding than anyone on earth.

A professor of psychology at Smith College in Northampton, MA, Frost is the co-author of “Stuff: Compulsive Hoarding and the Meaning of Things,” scientific adviser to the International Obsessive Compulsive Disorder Foundation and co-editor of the foundation’s hoarding website.

In an interview with The SpareFoot Blog, Frost explores the often-misunderstood world of hoarding.

How do you define the hoarding disorder?

Noticing hoarding is one thing; trying to get someone to do something about it is quite something else. The negative consequences of hoarding have to do with the inability to use the active living spaces of the home. It doesn’t really matter how much stuff people have or how many storage units they have—it’s really whether all that stuff interferes with their ability to function.

Do self-storage facilities help or hinder a hoarder?

A self-storage unit can alleviate some of the difficulty they have, although it tends to create other problems, sometimes financial. In some cases, it helps people to have access to storage units so they can move stuff out of their active living area and maintain a reasonable quality of life in their home.

The difficulty we see is that they will fill up their home and their storage unit as well, and they’ll get so many storage units that they can’t afford it. We’ve known folks who have multiple storage units but don’t have enough money to have a place to live, so they’re essentially homeless, even though they’re paying storage for their belongings. That’s where it gets a little more complicated, when the quality of their life has really deteriorated because of storage. 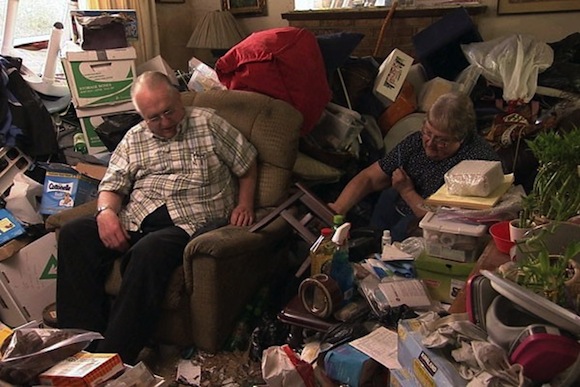 Randy Frost says hoarding revolves around the “inability to let go of anything.”

It’s often said that hoarders collect stuff that is worthless. Do you agree?

That is a bit of a misconception. Indeed, people with hoarding problems will save things that others consider worthless, but they also will save everything. We have cases where the homes are filled with brand new clothes with the tags still on them, or small appliances that have never been taken out of the boxes. So it’s not a problem with saving worthless and worn-out things; it’s really an inability to let go of anything.

Most hoarders are compulsive acquirers as well, right?

Absolutely. Somewhere between 85 and 90 percent of people with hoarding problems acquire obsessively. They do so mostly by compulsive buying or obsessively acquiring free things, driving around on trash day and combing through what people are putting out for pickup or sorting through dumpsters.

That’s sort of “green” behavior in a way, isn’t it?

In some ways, these are pro-social beliefs. We should perhaps be less wasteful as a culture; our landfills are filling up so fast, and we’re running out of room to throw objects away. That’s why hoarding is both a gift and a curse. You’ve got this belief about possessions that most people don’t have that is remarkable in terms of its utility, and those are great things. But along with those things comes the dysfunction that they create in the person’s living environment.

Is there an effective way to treat the hoarding disorder?

So far, talk therapy and reasoning is the best option. Behavior is key; it’s really a problem with the behavior. Clearing things out isn’t going to solve that. The clutter will come back unless something is done to change the person’s behavior. 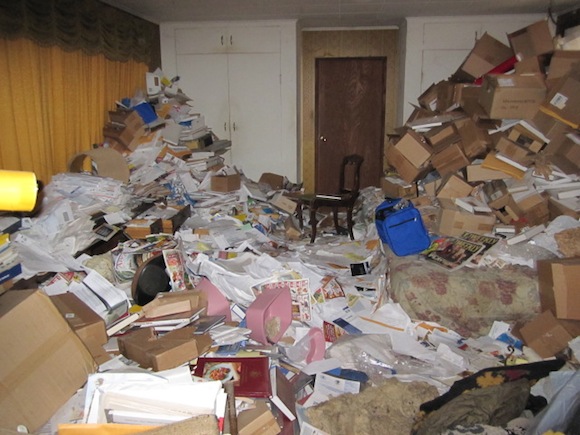 What role might storage operators play in helping their hoarder tenants?

There are hoarding task forces popping up around the country. It’s possible that the storage industry could get involved in these storage task forces, because many of them are trying to look at this outside the box and trying to come up with creative ways of helping people. Maybe one of those creative ways is to provide some kind of temporary storage for someone who is about to be evicted from their home, to create living space and remove enough stuff so they’re not going to be evicted, and allow them time to filter through that stuff and figure out a way to get rid of it.

Can they somehow help hoarders overcome their disorder?

One of the things that we’ve been working on at the foundation is the development of facilitated self-help groups. These are people who get together, and the person facilitating the group is someone who struggles with hoarding behavior as well. The idea is that the group can work together.

One of the things that no one has tried but might be a great opportunity is to run one of these kinds of groups at a storage facility where the people are there with their stuff, trying to work on getting rid of it. Those are the kinds of creative interventions that might prove helpful with this problem. If it’s a large storage facility, they probably have a number of people with this problem.

How might a storage operator launch a hoarding self-help group?

The best way to do it is to contract the hoarding task force in their community. We also have a facilitator guide on our website that walks you through all the details of what you need to run one of these groups. We also post a treatment provider list and do facilitator training for those who want to take it to the next level.

Do you think someone you know is a hoarder? Read this blog post to check out the signs of hoarding: blog.sparefoot.com/4243-signs-that-youre-a-hoarder.