U-Haul is all about reusing old, neglected buildings through its adaptive reuse program. However, sometimes cities have a different vision as they redevelop their urban neighborhoods.

U-Haul purchased a 1.74-acre site at 42nd Street and Hiawatha Avenue in south Minneapolis’ Longfellow neighborhood. The site sits on the busy Hiawatha Blue Line Corridor, which connects downtown Minneapolis with the Minneapolis-St. Paul International Airport and Mall of America. U-Haul plans to redevelop the site into a climate-controlled self-storage facility with truck and trailer rental and retail services.

U-Haul proposes razing an existing 48,750-square-foot factory, but preserving a 1,425-square-foot building that was built in 1957 and was once home to a neighborhood Mobil Service Station. (Think back to Mobil’s high-flying, red Pegasus trademark).

The gas station was run by Navy veteran Bernard “Bum” Flanery in the 1960s. He later moved his shop a few blocks away and his family continues to operate Flanery Brothers Automotive.

In April, U-Haul made an application to the city and city staff recommended razing both buildings.

“From an urban design standpoint, we talked about moving the [new self-storage] building up to the corner [of 42nd and Hiawatha] to allow for future development on the south end of the block,” said Hilary Dvorak, principal city planner with Minneapolis’ Community Planning and Economic Development Department. That would means both buildings would be removed.

U-Haul launched a petition to save what it calls an “historic, iconic” building. U-Haul reported in May that the petition had 188 supporters. The city said the building is not a dedicated landmark.

Dvorak said while U-Haul submitted an application, it’s been “incomplete for many months,” so she’s getting ready to return it for “inactivity for over 30 days.”

U-Haul is working to get a traffic study approved, and once that’s completed it will go back to Minneapolis’ planning commission, said Chris Bohlman, marketing company president of U-Haul Southern Minnesota.

“We started the petition just to show that there are people that want to still preserve some history on that street,” Bohlman said. “We’re going to try to restore it back to the 1960s version of the building and make it look like an old Mobil Oil Station…They pushed us to redesign the property so the building was up on the northwest corner, and that didn’t work for us.”

Bohlman said preserving the building is important to U-Haul.

“It kind of harkens back to how U-Haul got started, and it’s kind of a cool rehab project to keep some of our history,” Bohlman said. “U-haul didn’t start out with corporate stores. It started out with mom-and-pop service stations that rented U-Hauls. That’s mostly what U-Haul is today and then we have some of our corporate stores.”

The Flanery Brothers have no stake in the project.

“They’re just trying to put a landmark back the way it used to be when my dad had it in the 1960s,” said Brian Flanery, who co-owns Flanery Brothers Automotive with his nephew. “I don’t see why anyone would be against it.”

The Longfellow Neighborhood is not supporting the project as a whole.

Majors added that U-Haul is proposing to go beyond what the current zoning is and its plans don’t conform to what the city is envisioning for that area.

“They really want transit-oriented and pedestrian-oriented development,” she said. “There’s already a lot of self-storage on Hiawatha, and so when you look at a corridor like Hiawatha, what people really want to see in the community is some sort of retail and housing development.” 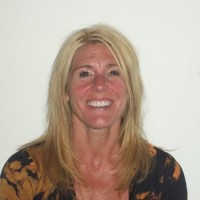 Liz is a Twin Cities-based freelance writer specializing in business and commercial real estate writing, with 30 years of reporting and writing experience.