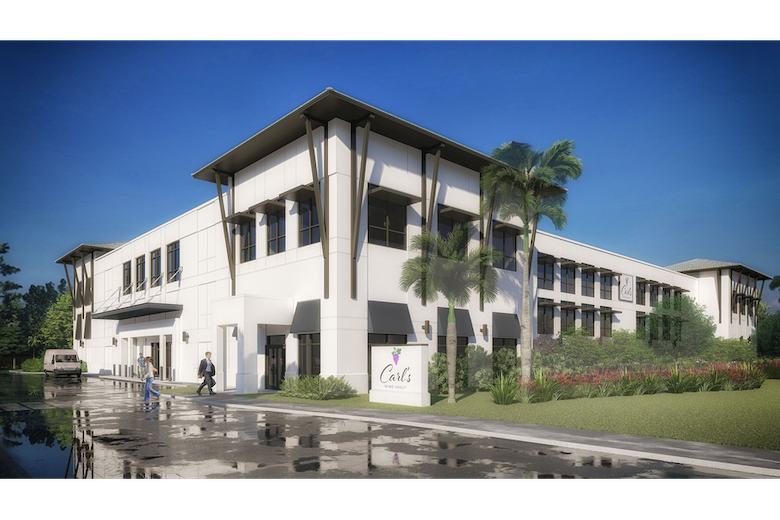 The wine vault will provide storage options for restaurants, wine clubs, brokers and individual collectors. It has an emergency backup power system to maintain temperature and humidity during power outages.  Source: Business Observer

Larry Koland, who owns two storage units at the Eagan Car Club – where he stores his 1953 Mercury M-100 and 1998 Porsche 911 – plans to build Rosemount Condo Garages in that Minnesota city. It will have three buildings that combined will have nearly 80 private garage condos in a business park off South Robert Trail, south of County Road 42. Its standard 1,000-square-foot unit, which is 25 by 40 feet, will cost about $200,000 and will have a gas-filed boiler, in-floor heat, electrical, drywall and fire suppression. Bathrooms can be installed. Koland also owns Inver Grove Heights Storage and More Space Self Storage in St. Paul, MN. Source: twincities.com

Rapid Building Solutions estimates it will spend $7 million to buy and renovate a former Kmart store (it closed in 2012) and turn it into a 100,000-square-foot self-storage facility with 800 climate-controlled units at 5751 Beach Blvd. in Jacksonville, FL. It’s expected to open in July or August. It will be a drive-thru building with no external access. Source: Jacksonville Daily Record

A three-story self-storage facility is coming to 1723 S. Woodbourne Road in Middletown, PA. it will replace a vacant, dilapidated professional office building. The 102,375-square-foot building will have about 800 storage units, and will be located near Cobalt Ridge Drive North and next to Our Lady of Perpetual Help church. SAFStor Real Estate Co. is the developer. Construction will begin in May and is scheduled to end in June 2021. Source: Bucks County Courier Times

More help coming for those whose stuff has outgrown their space.https://t.co/CFih77DOVi

Developer Sunil Puti purchased a 19-acre property, for $850,000, that was the former home of a Kmart store at 1321 Sandy Hollow Road in Rockford, IL, with plans to build a Boxed Up Self-Storage facility there. Source: rr.com

S3 Storage Solution LLC is building a 90,000-square-foot, 610-unit facility, to be called The Storage Haven, at 10023 Callabridge Court in the Mountain Island Lake area in Charlotte, NC. It will have climate-controlled and drive-up units, plus boat/RV parking. Fourth Elm Construction LLC is the general contractor. Construction is scheduled for completion in June.

CubeSmart Self Storage of Destin is being built at 17005 Emerald Grove Parkway in that Florida city. It will have 79,758 square feet of climate-controlled storage. It’s going up on a 2.45-acre site for which MH Destin Storage LLC paid $2.995 million in February 2018. It was the former location of First National Bank. The opening date hasn’t been set. Source: nwfdailynews.com

SecureSpace opened a new self-storage facility at 810 Cheney Highway in Titusville, FL, between I-95 and US Highway 1. It has 75,000 square feet of space and 755 units, and is situated at a former Kmart location.

SurePoint Self Storage opened a facility in Sugarland, TX, to be managed by CubeSmart. SBS Construction was the general contractor. Source: Inside Self-storage

The city council in Smithtown, NY, on Long Island, may be voting in March on a proposal to limit mini warehouses to industrial districts and to change a height restriction for such buildings. Town Planner Peter Hans said it’s an attempt to keep storage facilities out of downtown in favor of retail and office space. Current zoning rules allow the storage facilities in central business districts and industrial districts. They also limit their height to two stories, although zoning variances have allowed taller buildings. Source: Newsday

WOODSTOCK – Conditional use permit requests for a car wash and self-storage facility west of Interstate 575 on Highway 92 will go to the Woodstock City Council without the approval of a majority of planning commissioners. https://t.co/jO5rZMIhn5

The City Council in Woodstock, GA, will consider permit requests for a self-storage facility and car wash west of Interstate 575 on Highway 92 – despite an approval losing a 3-2 vote from planning commissioners. Wilson Development Group has proposed a three-story self-storage building plus the car wash, next to a new drive-through restaurant between Downsby Lane and Fitchburg Drive. Current zoning allows the restaurant, but the self-storage facility and car wash need conditional-use permits.  Source: Cherokee Tribune & Ledger-News